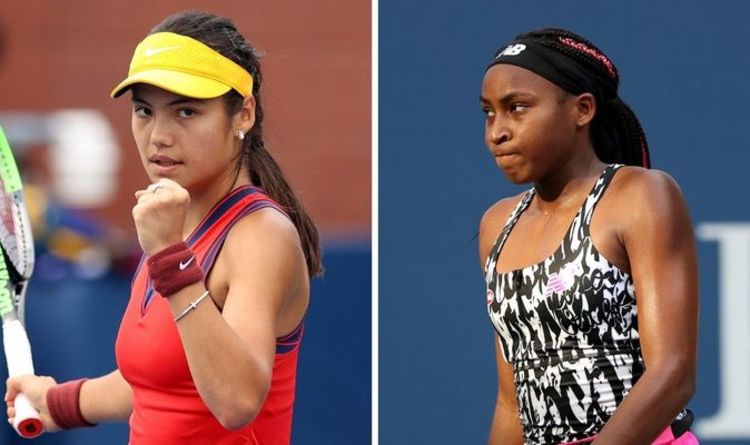 Emma Raducanu will be 'stronger' after loss says Keothavong

Emma Raducanu has been tipped as a future Grand Slam champion by tennis pundit Daniela Hantuchova. The former professional waxed lyrical about the teenager who “has something special” in the aftermath of her US Open first round victory over Stefanie Vogele.

Raducanu dropped only five games in her straight-sets demolition of the experienced Swiss, winning in just 78 minutes on her US Open debut to set up a second round clash with world number 49 Shuai Zhang later today.

The Briton is one of only four teenagers left in the women’s draw after the first round, with American 17-year-old Coco Gauff one of the others.

Raducanu will be hoping to avoid the same fate Gauff suffered in the second round, though, as she was knocked out in straight sets by compatriot Sloane Stephens.

Hantuchova, a former world number five, believes Raducanu’s game is far more refined than the American’s and even tipped her to be pushing the top 10 in the next year.

JUST IN: Tsitsipas booed for another toilet break at US Open after Murray feud

She said on Amazon Prime Video: “Emma has it all, whatever it takes to become not only a top-ten player but I believe also a grand-slam champion.

“There is not one part of her game where I would say ‘This needs to improve.’ Unlike Coco Gauff, where I feel like technically she needs to improve a lot of things. Emma is ahead.

“Technically there are no mistakes but also the mental strength she showed today, that is something very special. Plus the joy she brings. She really connects to the crowd. She is going to be able to gain a lot of energy from the fans all around the world.

“As soon as she smiles everyone is going to be on her side. We saw it today, playing on a big court for the first time in America, everyone is trying to get photos with her. I can’t even imagine the future that she has in front of her.”

Raducanu’s victory over Vogele was almost flawless, responding twice to her serve being broken by immediately striking back to ensure she had complete control over the tie from start to finish.

The only wobble came when it was time to end the match with the 18-year-old eventually managing to seal victory by winning the seventh match point, but nerves are understandable considering the hype following her headline-grabbing performance as a rookie at Wimbledon earlier in the summer.

Zhang will be a tough opponent for Raducanu. The Chinese taught her a lesson at the Silicon Valley Classic a month ago with a 6-3, 6-2 victory.

The real measure of what the teenager learned from that lesson will be in how her performance against Zhang in the US Open will compare to that defeat in California.