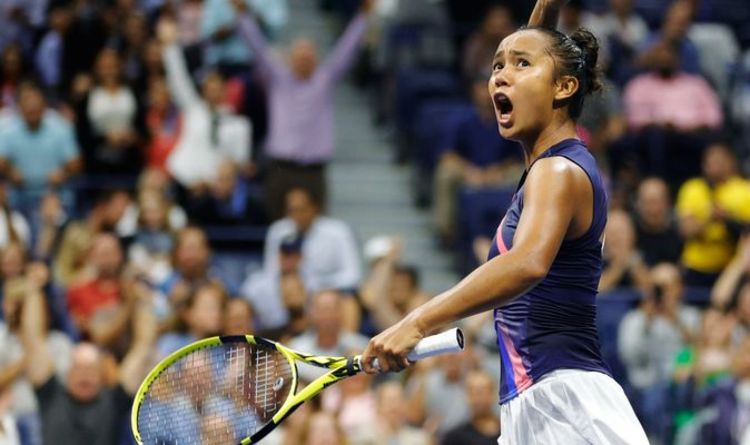 Emma Raducanu’s US Open final opponent has admitted ditching a plan to be “just like Federer” helped her at Flushing Meadows. The Brit’s incredible triumph in New York has reverberated around the world, but the run of Leylah Fernandez, who Raducanu beat 6-4 6-3 on Saturday night, was every bit as unlikely.

Fernandez, 19, was unseeded for the tournament having not been past the third round in any of her previous six Grand Slam appearances. She began the event ranked 73 in the world, and many assumed her tournament would soon be over after she set up a third round tie with defending champion Naomi Osaka.

The Canadian however, prevailed against Osaka in three sets and then proceeded to beat three-time major champion Angelique Kerber, fifth seed Elina Svitolina, and second seed Aryna Sabalenka before falling short against Raducanu, 18, in what was the first all teenage final at a Grand Slam since Serena Williams beat Martina Hingis on the same stage in 1999.

In her post-match press conference, Fernandez was asked what she had learned most about herself over the course of the US Open.

“The more outgoing I am on-court and the more I try to get the crowd involved, the more I’m playing well.”

For Fernandez, who in June 2019 became the first Canadian winner of a junior Grand Slam title by winning the French Open girls’ singles, this differed from her previous approach.

“Usually when I was younger I’d try to be as calm as possible, just like Federer. But I’m glad that I’ve discovered that of myself that I play a lot better when I’m more outgoing, when I’m using the crowd to my advantage.”

This year’s US Open enjoyed capacity crowds for the first time since 2019, something which appeared to benefit Fernandez as she enjoyed raucous support throughout the tournament.

And after her battle with Raducanu, she paid tribute to the “amazing” crowd.

“It’s incredible. I honestly have no idea what to say,” she said.

“Today is going to be hard but Emma played amazing so congrats to your team. I am very happy with how I’ve played. It’s been amazing having the New York crowd back and having you cheering me on, thank you everyone.

“Thank you for always believing in me and helping me. I also want to say I want to be back here in the final with the right trophy.”

Despite her final defeat, she will achieve a new career-high ranking of world number 28 and many pundits have tipped her, and Raducanu, will be at the forefront of women’s tennis for years to come.

Meanwhile, in the men’s final – Novak Djokovic fell agonisingly short in his quest for the calendar Grand Slam after he was beating by Daniil Medvedev.

The Russian overcame the world No 4 6-4 6-4 6-4 to win his first ever Grand Slam at Flushing Meadows.