Emma Raducanu has donated her US Open outfit to the Tennis Hall of Fame. The 18-year-old made history by becoming the first-ever qualifier to win a Grand Slam title, failing to drop a set through 10 matches en route to the trophy. The Nike tennis outfit she wore to make history will now be displayed in the Hall of Fame alongside incredible mementos like Monica Seles’ Grand Slam trophies.

Raducanu became the first qualifier in history to make a Major final, and went one better by winning the US Open earlier this month.

She arrived in New York at a then career-high of world No 150 to enter the qualifying event, with hopes of getting into the main draw, and left as the new US Open champion and world No 23, since moving up another spot in the rankings.

The Bromley teenager’s heroics also made her the first player in history to win the title on just their second appearance at Grand Slam level, and she ended a 44-year wait for a new British female singles champion.

Less than a month on from her historic triumph, the 18-year-old has donated the now-iconic red-and-navy Nike outfit she wore to beat fellow-teenager Leylah Annie Fernandez in the final and lift the trophy to the International Tennis Hall of Fame.

JUST IN: Nick Kyrgios’ future plunged into more doubt after ending his season

The Hall of Fame exhibits historic pieces from different eras and generations of tennis in Newport, and as a group also inducts tennis legends into the elusive Hall of Fame when they reach the end of their careers, with the likes of Justine Henin, Goran Ivanisevic and one of Raducanu’s tennis idols Li Na already part of the club.

It is expected that Raducanu’s US Open outfit will likely go on display in the International Tennis Hall of Fame museum, with outfits from the likes of Billie Jean King, Martina Navratilova and Chris Evert already given pride of place across exhibits of the Open Era and the rise of tennis as a popular game.

It’s just the latest in an incredible few weeks Raducanu has had since winning the US Open, having become an international household name following her historic victory.

The Brit received a last-minute invitation to the exclusive Met Gala, taking to the red carpet dressed in Chanel just 48 hours after lifting the trophy in New York.

Raducanu has since become a house ambassador for Tiffany & Co, attended London Fashion Week events, and is said to have the likes of Graham Norton and Jonathan Ross fighting to get her on their sofas for an interview, while an invitation for the upcoming James Bond premiere also awaits tennis’ new superstar.

The new world No 22 has also made a dramatic change to her team, parting ways with her coach Andrew Richardson after the pair worked together during her stunning North American hard court season, which she started ranked down at No 179 in the world.

She is now looking for a coach with more tour-level experience to help her adjust to life on tour full time, with her new ranking allowing her direct entry to even the biggest tournaments.

“It’s tough to have that conversation with anyone, but I think for me like that’s just really what I need,” Raducanu said, speaking on ending her partnership with her youth coach.

“I felt like I just really need someone right now who has been through that and can really guide me along the way because I’m still very, very new to everything.”

The 18-year-old is still deciding whether to play the upcoming WTA 1000 in Indian Wells, one of the biggest tournaments on the calendar often dubbed the ‘fifth Grand Slam’.

Raducanu will need a wild card to enter the tournament, with the deadline for entries coming before she reached the world’s top 25, but is unlikely to be denied one if she wishes to play.

She is already confirmed for the Kremlin Cup in Moscow, a WTA 500 event beginning on Octoner 18. 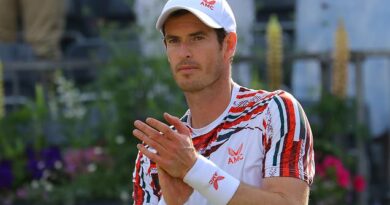 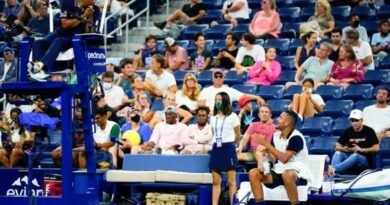 ‘Your life is your own,’ Naomi Osaka posts a powerful message, and Ted Lasso takes notice