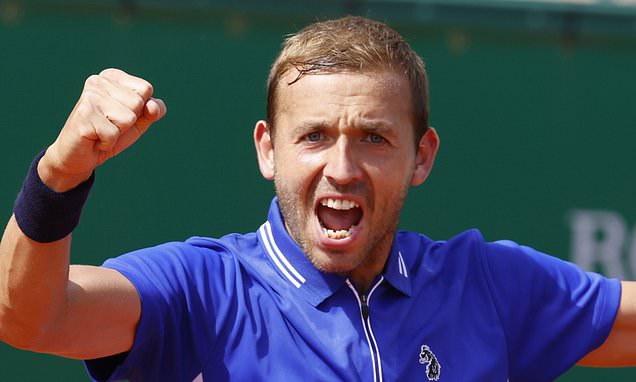 Dan Evans’s unlikely claims to be the new king of clay were reinforced on Friday when he clocked up another remarkable performance to make the semi-finals of the Monte Carlo Open.

He followed up his career high victory over Novak Djokovic by defeating Belgian number one David Goffin 5-7 6-3 6-4 on another windy afternoon in Monaco.

Evans reached the last four at a Masters level event for the first time in his career and will now face Stefanos Tsitsipas for a place in the final, something unthinkable a week ago. 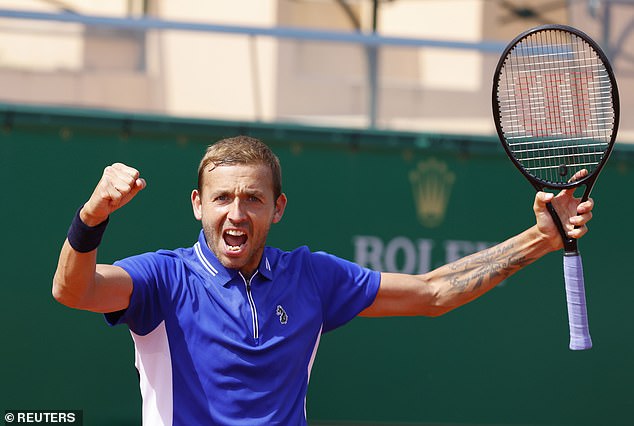 ‘To come back today and back it up was probably the best thing about it,’ said the 30 year-old Midlander. ‘It wasn’t my best display, I got dragged into his game a bit. I knew I was getting too far back in the court but it was good to come through.

‘I find the clay a bit easier on the body, not as sore the day after. Mentally I was wavering a bit in the first set, I did a good job in the third to keep going and hang in point after point.

‘I have served pretty well. I found it hard to serve on the clay before but I’m setting the point up well. Maybe I need to be a bit more aggressive when I play Tsitsipas.’ 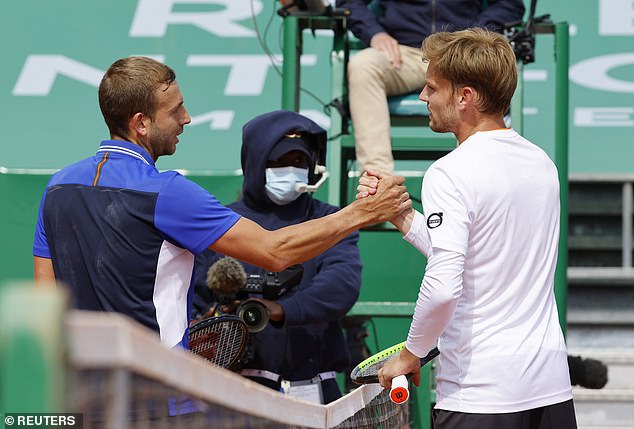 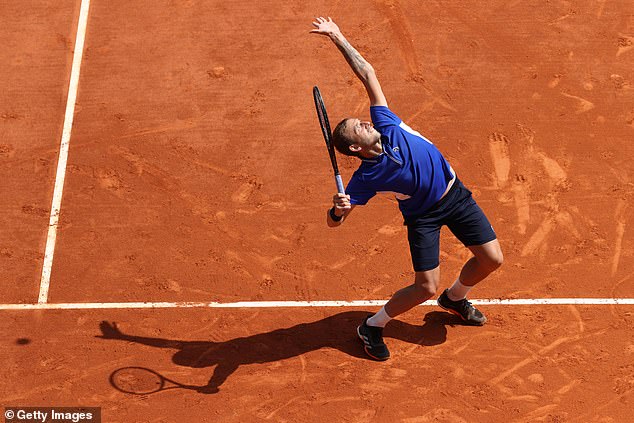 Evans, 30, will now face Stefanos Tsitsipas to book a place in the final after a superb week

Evans is the first British man to play a semi-final at a level this high since Andy Murray in 2017 after a resourceful effort which showed his full repertoire of strokes.

Faced with the highly effective forehand of the talented Belgian he tried his best to stay up as far on the baseline as he could, and once again used his dropshots skilfully.

A desperately tight deciding set saw him fight off multiple break opportunities to get to 5-4 on serve, before a he nicked a break of his own to go through.

Surprisingly for one of his stature his serve often kept him in the contest on a surface which had seen him only two main victories prior to this week. It augurs well for his chances of cracking the world’s top 20 this year.

Novak Djokovic and Rafael Nadal have a duty to other players to take part in US Open, says Dan Evans