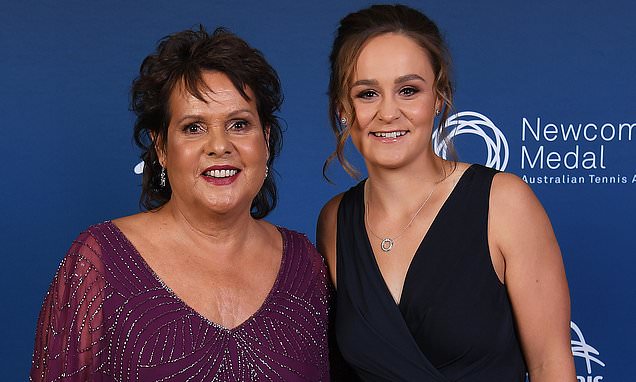 On Centre Court after winning her first Wimbledon title, Ash Barty said with a quaver in her voice: ‘I hope I made Evonne proud.’ Later that night, her hero responded. ‘She certainly did,’ said Evonne Goolagong Cawley. ‘She made me proud from the first time I saw her.

‘She must have been 13 and she was playing at the Australian Open. Roger (Goolagong Cawley’s husband) and I saw one point where she showed all the skills. We looked at each other and said, “She’s got it, she’s going to be our next champion”. Look at her now.’

Now Barty is the queen of the All England Club after beating Karolina Pliskova 6-3, 6-7, 6-3 on Saturday. She won Wimbledon exactly 50 years after fellow Australian Goolagong Cawley, with whom she shares indigenous heritage and a deep bond. 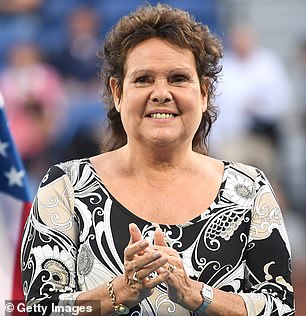 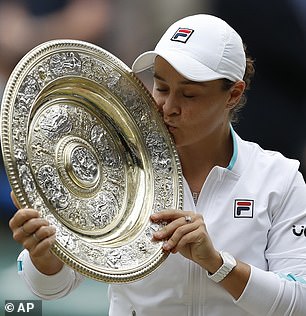 ‘My family when they were watching me win Wimbledon, they were jumping up, crying, screaming – exactly what we were doing (watching Barty). I’m just so very much proud of Ash, the way she handles herself, not just on the court but off the court, too,’ said Goolagong Cawley, who was watching from her home in Australia.

‘She’s a great Australian, everybody loves her. Every time I go out shopping everybody asks me about Ash – “How’s Ash going? What’s Ash doing? Isn’t she wonderful?”. Yes she is. Ash to me is like a little sister and part of my family.’

To add to the sense that Barty’s victory was written in the stars, it came during National Aborigines and Islanders Day Observance Committee Week, a celebration of indigenous history and culture. 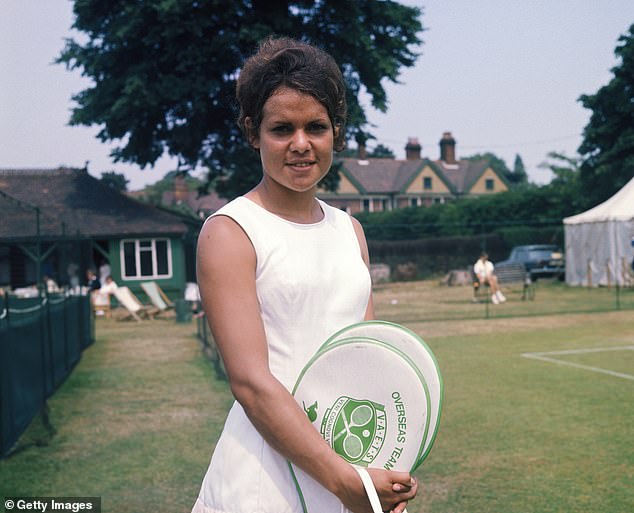 ‘All the way through I had the feeling that she’s going to win,’ said Goolagong Cawley. ‘This is her time. Somebody up there’s looking down on us I think.

‘She’s a very proud Aboriginal woman. I’m sure there’s elders past and present who have a big smile on their face today.

‘I remember when I was growing up there were Aboriginal kids that weren’t allowed in clubs, so we’ve come a long way. Through our programme we’ve developed a few up-and-coming tennis players and now they have an even greater role model in Ash.’

Barty wore a special outfit for Wimbledon inspired by the scallop dress worn by Goolagong Cawley in 1971.

‘I was just so chuffed when she wore that dress,’ said the 69-year-old. ‘I didn’t know what to say. I did say to her, “If it brings you luck, great”, because it brought me luck.

‘That’s one of the last messages I sent to her. I said, “Dreams do come true. It came true for me”.’ 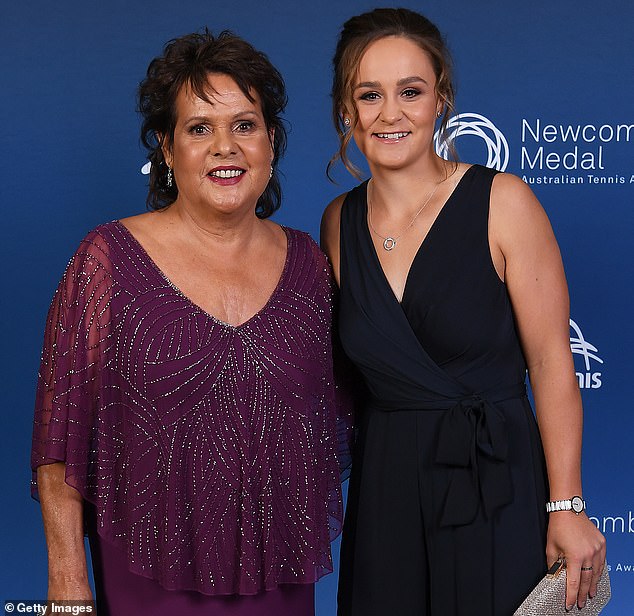 One man who believed this dream would never come true is Barty’s father Rob. Aged 18 in 2014, Barty took an indefinite break from the sport.

‘I was 100 per cent certain she would never return to tennis. It was done and dusted,’ said Rob, speaking to Australia’s Courier Mail in the early hours of yesterday morning. ‘(But one day) she spent 10 minutes on the court hitting with (former doubles partner) Casey Dellacqua and she realised she still loved the sport and wanted to play again.’

And she has not looked back since. Next for Barty come the Olympics followed by the US Open. Then at long last, having left in March with a suitcase and a dream, she will go home. Home to Australia, to Rob, and to Evonne

Roger Federer has suggested a merger between the ATP and WTA