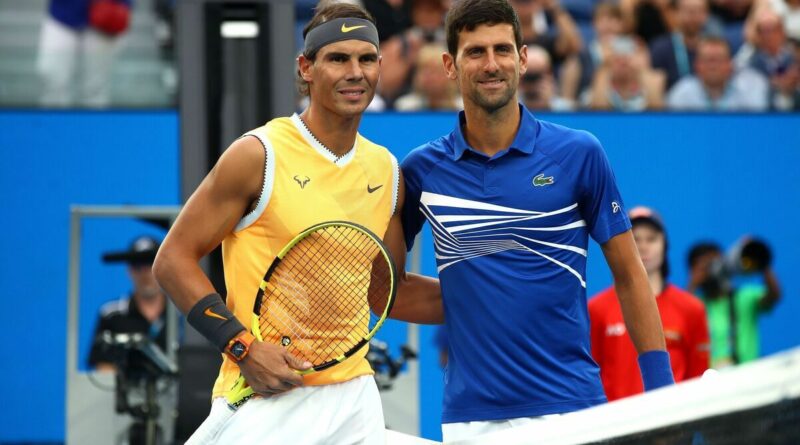 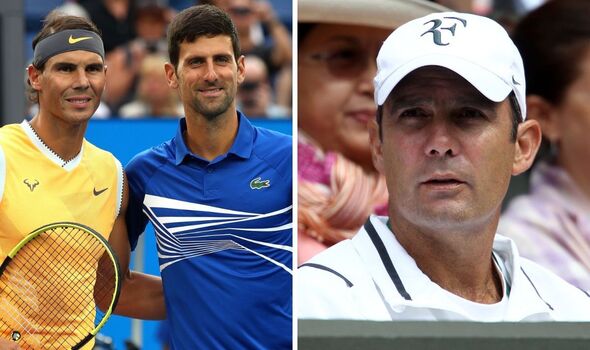 Roger Federer’s former coach Paul Annacone has shared his biggest warning to Novak Djokovic and Rafael Nadal’s opponents as he explained why they could never be counted out of a match, even when injured. The American tennis coach is part of Netflix’s new tennis documentary Break Point and shared what set the champions apart from the rest of the field.

With the 2023 Australian Open fast approaching, Netflix will release their Drive to Survive-style tennis Netflix documentary this Friday chronicling the 2022 season, including last year’s edition of the hard-court Grand Slam. Last year saw Nadal lift a then-record 21st Grand Slam title in what was his comeback from a six-month injury layoff, and Annacone used the Spaniard’s victory as a lesson for the rest of the tour.

“One of my biggest cliches that I love to death and I’ve used a thousand times is, you always question all-time greats at your own peril,” the former coach of Federer, Andre Agassi and Pete Sampras said in the documentary. It comes as the world No 2 finds himself in a similar situation again this year, starting the 2023 season after having the second half of 2022 derailed by injuries when he tore his abdomen at Wimbledon and again ahead of the US Open, playing just two tournaments and winning just one match for the rest of the year.

Nadal has also started this year by losing his first two matches of the season for the first time in his career, but if the American’s words are anything to go by, he still shouldn’t be written off ahead of his attempt to defend last year’s Aussie Open title. Discussing the Spaniard’s semi-final against Matteo Berrettini last year, he added: “For me Rafa Nadal is the greatest competitor that’s ever played any sport.”

JUST IN: Djokovic apologises to team for kicking them out of Adelaide final

The new series follows multiple stars on the men’s and women’s tour including Nick Kyrgios and Ons Jabeur in their bid to become the next big thing after the generation of the Big Three and the Williams sisters, but the former pro-turned-coach warned that fans and other players shouldn’t expect them to just go away.

“For a long time we’ve been talking about when Rafa and Roger and Novak are going to get old, when they’re going to slip,” Annacone added. “You just can’t count greats out because they do things that we can’t really fully wrap our minds around.”

While Federer and Serena Williams both retired last year, Djokovic and Nadal won three of the four Majors and ended the season at No 5 and No 2 respectively, while Venus Williams is still competing after taking a wildcard into Auckland and winning her first match in 18 months though she was forced to pull out of the Australian Open through injury.

And it seems Nadal’s rivals have got the message, as the likes of Taylor Fritz also spoke to his ability to bounce back in the documentary, adding: “This guy never gives up. He literally comes back from being down all the time.”

Part one of Break Point will be released on Netflix on Friday January 13. 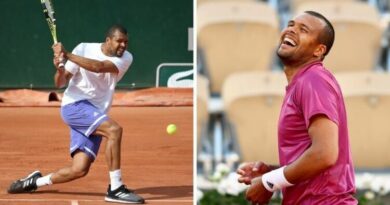 ‘I can take the trophy’: Kyrgios’ Australian Open belief