Home » Tennis » For Serena Williams, retirement could be just the latest reinvention 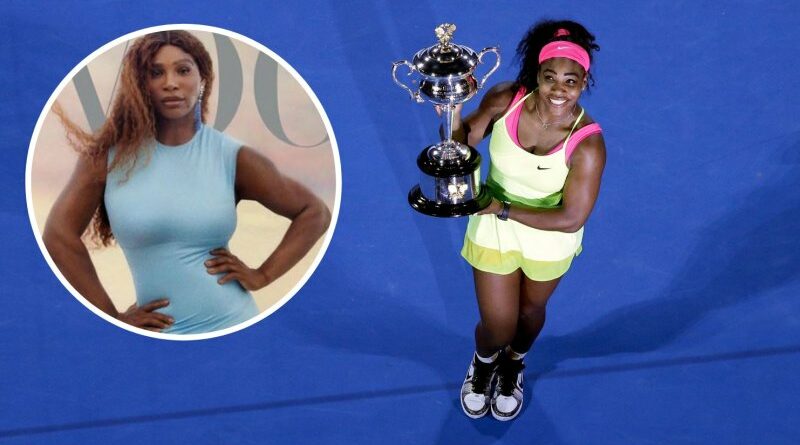 Retirement is the one opponent Serena Williams can’t overpower. All great athletes, no matter how masterful they are, no matter how in charge of their field or court, have to reckon with this moment, when they realise with a sense of rank injustice that their sporting immortality has run bang into their human mortality. There is no victory over retirement, other than to accept it gracefully – and it’s hard to do the thing more gracefully than to bow out on the cover of Vogue, in blue Balenciaga and dripping Bulgari.

She can’t move the way she wants to, any more. The calls on her limbs are too exhausting, and nothing springs back like it used to overnight. Though she’s made plenty of finals, she hasn’t won a grand slam title since 2017. She has a daughter, Olympia, who is four years old, nearly the age she was when she first picked up a tennis racquet and started to smite opponents with it.

It’s been said that an athlete has two deaths: their retirement, and their last breath. Williams is only 40 and for decades she was the most dynamically alive, deep-breathing player in tennis, who could turn an entire match with her jolts of energy and raging exhalations. She was the most discontented creature on a tennis court you ever saw; not even 23 grand slam titles could quite slake her taste for trophy-lifting.

And now she’s supposed to be content. Doing . . . what? In what other profession must a person give up their lifelong calling by the age of 40? “A doctor is just getting started,” Martina Navratilova once said, in a tone close to outraged, as her own retirement from singles play neared.

Williams levelled about this in her first-person announcement in Vogue. “I’ve been reluctant to admit to myself or anyone else that I have to move on from playing tennis,” she wrote. “Alexis [Ohanian], my husband, and I have hardly talked about it; it’s like a taboo topic … It’s like it’s not real until you say it out loud. It comes up, I get an uncomfortable lump in my throat, and I start to cry. The only person I’ve really gone there with is my therapist! One thing I’m not going to do is sugarcoat this. I know that a lot of people are excited about and look forward to retiring, and I really wish I felt that way.”

Maybe we can look forward to knowing her a bit better in coming years. Because if an athlete has two deaths, there is an attendant rebirth.

Retirement is a fraught passage for anyone, ridden with self-doubt and even depression. But athletic retirement is a compoundedly problematic journey: For years, Williams has lived with a heightened sensory experience, her nervous system cellularly electrified by roaring crowds under the lights, her physique a furnace-burn of adrenaline and cortisol under challenge. 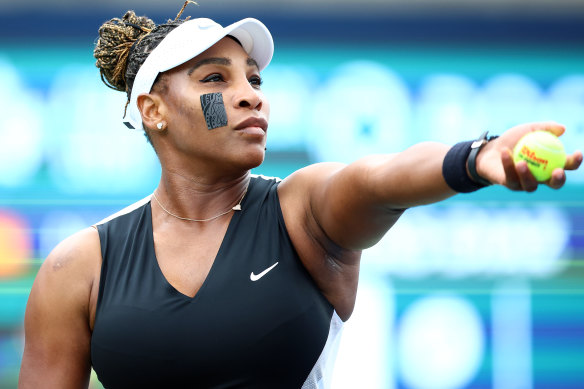 Serena Williams is competing at a tournament in Toronto this week.Credit:Getty

In retirement there will be a lessening, a palpable lowering of daily intensity. Which is why so many greats are unable to retire at their peak, or walk away in stutter-stepping false starts: The average person’s solution for what to do with their energies just aren’t feasible for them.

Most of all, there will be a great absence of opponents. Williams has had a lot of opponents – more opponents, both visible and invisible, than any of her counterparts.

Maybe the greatest was her own temperament, a gripping and sometimes unnerving test of wills, as she faced down white tennis audiences and censorious authorities. All along the way she has resisted anyone else’s definition of who a champion should be, who a black champion should be, a female champion should be – hence her category-defying business flurries in tech, and in the pages of Vogue.

It was one thing to be the little kid from the public court in Compton who broke through economic and racial barriers in the sport of elites, and another to be the regnant champion whose female aspiration was constantly under threat of being suffocated by the inevitable narrowing of eyes, and the deadening, devaluing assumptions of others about how she was supposed to behave.

Retirement connotes a deceiving tranquility. But there is nothing tranquil about moving through uncharted territory, especially if you’re trying to negotiate it as a novice. This is one challenge Williams has no experience with. It’s a very abstract, esoteric one, and there is no blueprint for how a great should greet it. Some people go quietly away to raise their kids, as Steffi Graf and Pete Sampras did. Some construct epic second and third acts, like Billie Jean King. Some go to the TV booth.

It’s tough to know what Williams will want to do with her influence because of the sheer number of options she created for herself. Will she want to remain a person whose actions are so publicly consequential? Does she want to be a Hollywood producer, an entrepreneur? Does she want to advance the cause of women in tech? All we know is that she wants to have another child, and that she will ease into her new phase with a self-aware sense that it’s not going to be emotionally easy.

But there is something exceedingly sweet that can happen for athletes in retirement, too. They tend to become slightly more psychologically candid, forthcoming about their inner lives, and thus better understood. They don’t have time to explain themselves as players – even to themselves. In fact, mystery is something they cultivate, a competitive suit of armour; candour is not their friend. But sometimes champions open up in retirement about what they were really thinking and doing out there, as opposed to what we the audience imposed on them from our seats at the margin.

And so, we maybe can look forward to knowing Serena Williams a bit better in coming years. Because if an athlete has two deaths, there is an attendant rebirth, too, as she suggested in an Instagram post. And that too can be a fascinating thing to watch. “I have to focus on being a mom, my spiritual goals, and finally discovering a different, but just [as] exciting Serena,” she wrote.

Watch all the action from the US Open ad-free, live and on demand on Stan Sport, with matches streaming in 4K UHD from August 30. 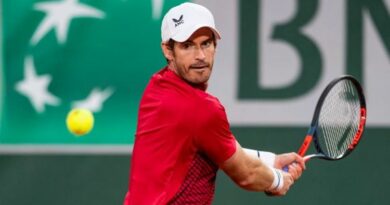 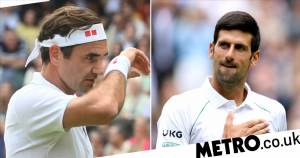