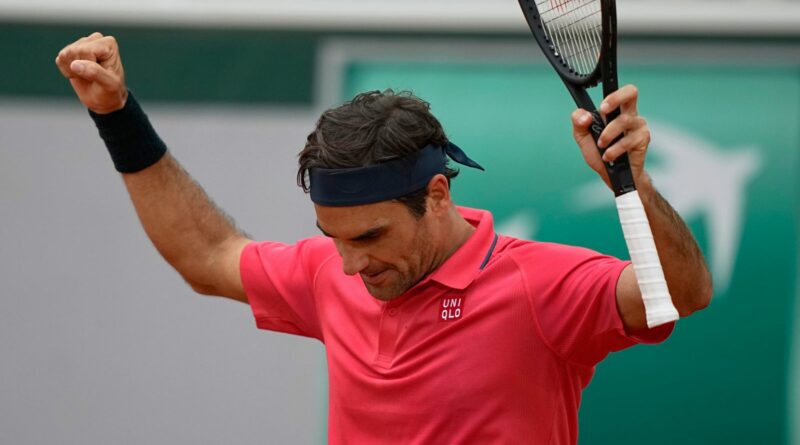 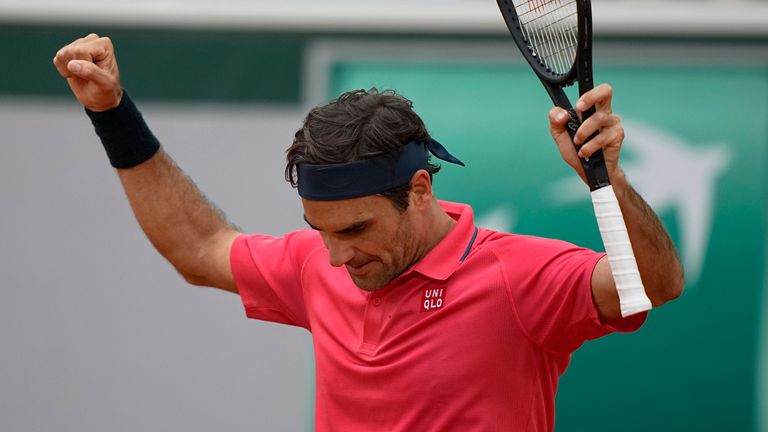 Roger Federer and Novak Djokovic moved into the third round of the French Open – and remained on course for a potential last-eight showdown in Paris.

Federer, Djokovic and Rafael Nadal are all in the same half of the draw for the first time, an intirguing sub-plot to their battle to end their careers with the most Grand Slam singles titles and with Nadal in action later on Thursday against Richard Gasquet, the early spotlight fell on Djokovic and Federer.

With 38 Grand Slam titles between them, the French Open – due to Nadal’s dominance in Paris – has seen both men claim the title at Roland Garros just once but their 2021 title hopes remain intact.

2016 champion Djokovic was the first of the big trio into the last 32, the world no 1 – who could close to within one of Federer and Nadal’s men’s record of 20 Grand Slam titles each – had little trouble in beating Uruguay’s Pablo Cuevas in straight sets.

He was joined by Federer, who was given a tougher work-out by Marin Cilic before eventually sealing an impressive 6-2, 2-6, 7-6, 6-2 victory.

Should the pair win their next two matches, a blockbuster quarter-final match-up could be on the cards, but there is still work to be done and the ominous shadow of Nadal lurking as a possible semi-final opponent.

It’s more than a decade since Federer’s last French Open final and now, ranked eighth in the world, the 2009 champion has started this season with two defeats and one victory from tournaments in Geneva and Doha.

However, he looked far from undercooked against old rival Cilic – a man he has beaten in finals to win two of his 20 Grand Slam titles. 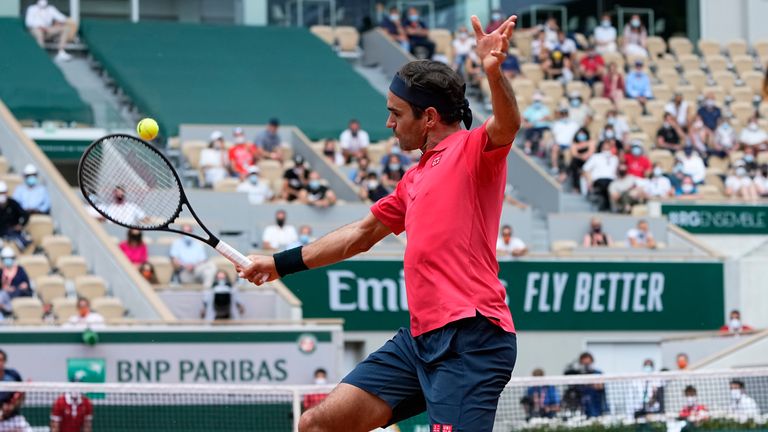 After surviving an early threat to his serve, Federer broke early in the opening set for a 2-1 lead and proceeded to put on a show as he serenely swept to the first set in just half an hour.

Cilic recalibrated well to get the early break and advantage in the second set as he opened up a 3-0 lead. The Croatian held two break points for a 4-0 advantage, but Federer fought back to get on the board before uncharacteristically losing his cool and confronting the umpire over a line call.

Cilic, beaten in Wimbledon and Australian Open finals by the Swiss great, refused to buckle and eased his way to the second set and a level contest.

A trademark backhand to the baseline gave Federer the first break of the third set but having wasted three points for a 4-0 lead, Federer was Cilic fight back first to stay in touch, then break to level the set and then hold to love for a 4-3 lead and a run of 13 points from the 16 since Federer’s blown chance.

Neither man wilted and a tie-break was inevitable where a double fault from the Croatian handed Federer the initiative which he held on to close out the set and regain the lead.

Having looked almost impenetrable on his own serve, Cilic’s first serve faltered in the fourth game of the fourth set and Federer was handed a break courtesy of his opponent’s double-fault before closing out a classy display and impressive victory.

Federer, who reached the semi-final at Roland Garros in 2019 – the only time he has played the tournament in the last five years – next faces Germany’s Dominik Koepfler who was a 6-3 6-2 3-6 6-4 winner over 30th seed Taylor Fritz

Djokovic had eased his way past Tennys Sandgren in the first round without dropping a set and he did so again with a routine 6-3, 6-2, 6-4 victory over Cuevas. The world No 1 claimed his only French Open crown in 2016 to complete the career Grand Slam, and he has not been beaten before the quarter-finals since a third-round exit in 2009.

There was little chance of a first second-round exit since his debut in 2005 as the top seed countered to an early Cuevas break in the third game with a break of his own.

After an exchange of holds, it was the Serb who landed the first set’s decisive blow, breaking for a 5-3 lead and then battling back from 0-40 with five straight points to clinch the opener.

Djokovic, beaten by Nadal in last year’s final, claimed a fourth game in succession to start the second set and made it five-in-a-row before Cuevas stopped the rot. However, Djokovic wasn’t to be denied, winning four of the next five games for a two-set advantage as the Uruguayan could make no further inroads.

A solitary break, in the opening game of the final set, was enough to seal the deal as Djokovic wrapped up the win in just over two hours and a date with world no 93 Ricardas Berankis in the third round. Berankis was a four-set winner over Australia’s James Duckworth.

Ninth seed Matteo Berrettini eased in the third round for the third time in four years – however he has failed to go beyond the last 32 on all three previous occasions.

The Italian, whose best performance in a Grand Slam came when he reached the semi-final of the US Open in 2019, was too good for Argentina’s Federica Coria, racking up a 6-3 6-3 6-2 victory in just under two hours.

France’s Gael Monfils was unable to follow his fiancée Elina Svitolina into the last four. The Frenchman, seeded 14th, watched on as Svitolina eased into the third round, and proceeded to lose the first set 6-0 to Sweden’s Michael Ymer.

Despite levelling the match, Monfils lost 10 of the last 13 games as world no 105 Ymer booked his place in the third round at Roland Garros for the first time with a four-set victory.

Next up for Ymer is 18th seed Jannick Sinner. The precociously talented Italian teenager overcame his countryman Giankluca Majer in four sets to reach the third round and having made the quarter-finals on his debut last year he will have high hopes of at least emulating that feat.

Tennis: Stefanos Tsitsipas through to fourth round after injured Aljaz Bedene retires