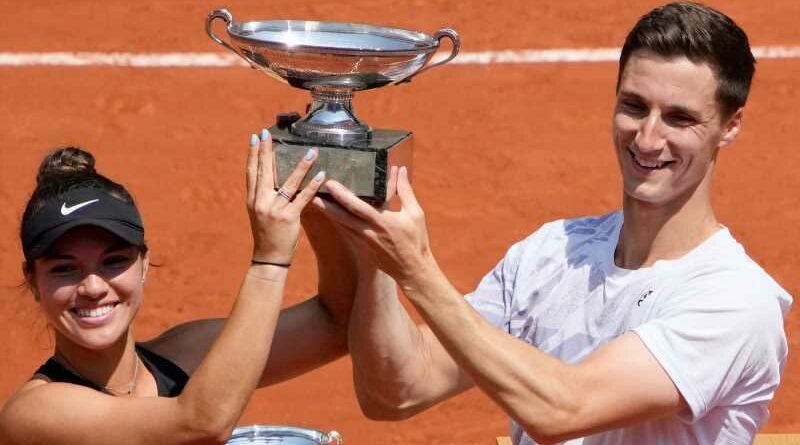 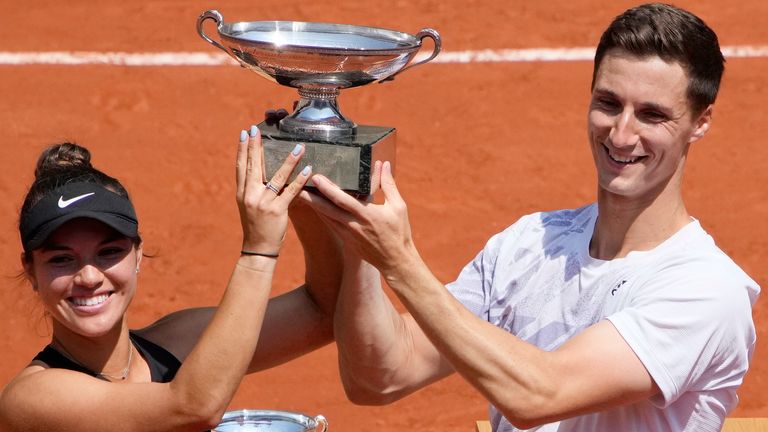 Joe Salisbury became Britain’s first French Open champion in one of the Grand Slams for 39 years with victory in the mixed doubles alongside American Desirae Krawczyk.

Salisbury and Krawczyk were given a walkover in the last four but they showed they fully deserved their place by beating Russian duo Elena Vesnina and Aslan Karatsev 2-6 6-4 10-5 on Court Philippe Chatrier.

It is a second Grand Slam title for Salisbury, who follows in the footsteps of John Lloyd, the winner of the mixed doubles in 1982 with Australian Wendy Turnbull at Roland Garros.

Salisbury and Krawcyzk looked stunned and, addressing his partner, the Londoner said: “This has been an incredible week for us and I don’t think we expected this but it’s been so much fun playing with you and thanks for carrying me.”

Vesnina and Karatsev were much the better team in the first set but Salisbury and Krawczyk kept pace with their opponents through the second and then took advantage when Karatsev suddenly went off the boil.

Salisbury thought he had served an ace to clinch it and he and Krawczyk sat down in their chairs only to be called back on court by umpire Carlos Ramos, who had decided the British player’s serve was out.

Salisbury argued vehemently with the Portuguese official, and promptly served a double fault when play got back under way, but he held his nerve to clinch a third set point.

And Salisbury and Krawcyzk maintained their momentum through the tie-break, taking their first match point when Karatsev sent a return wide. 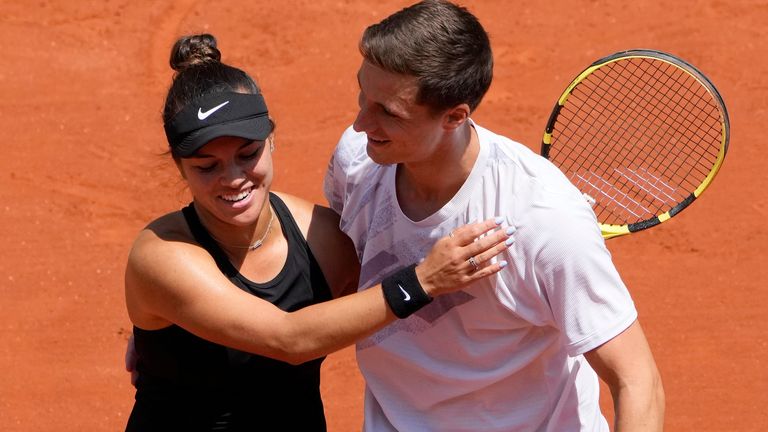 The 29-year-old later confirmed he won’t be pairing up with Krawczyk at Wimbledon, instead preferring an all-British partnership for the grass-court Grand Slam.

“He ditched me,” smiled Krawczyk.

“A couple months ago I said that I was probably going to play with a Brit for Wimbledon. I thought it would be good to have an all-British partnership for Wimbledon. So unfortunately I ditched her for that. But I’m sure we’ll team back up again after,” Salisbury explained. “Maybe we’ll play US together.” 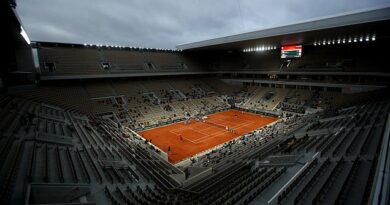 The French Open is in danger of being 'CANCELLED' after lockdown