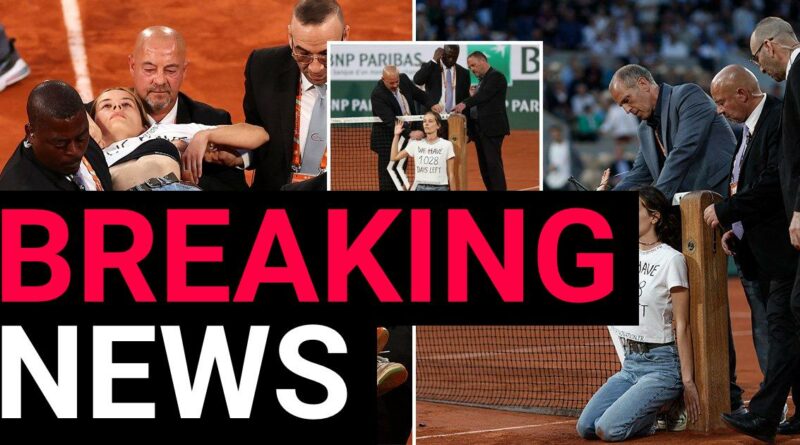 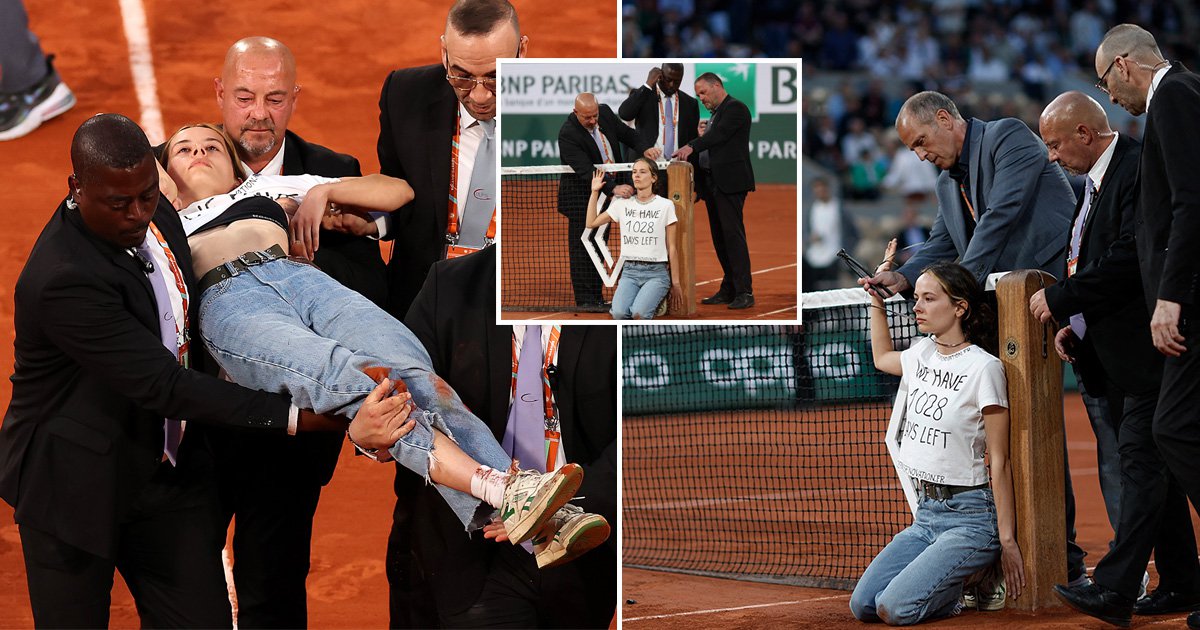 The French Open semi-final between Marin Cilic and Casper Ruud was halted after a protester tied herself to the net during play.

A female protester with a message reading ‘We have 1028 days left’ printed on her T-shirt made her way onto Court Philippe Chatrier midway through the third set.

The woman knelt next to the post and appeared to fasten a cable tie around her neck to the net.

Play was suspended with both players temporarily leaving the court while security freed the woman before carrying her away.

Similar incidents took place during the Premier League football season this year with a protester tying himself to the goal post in a fixture between Everton and Newcastle United. 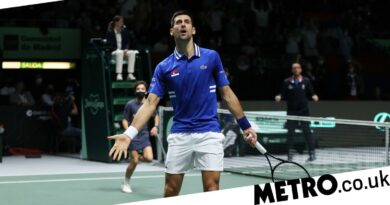