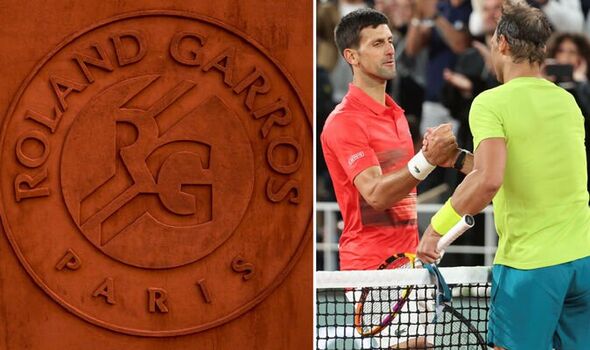 French Open boss Amelie Mauresmo has risked accusations of sexism by claiming only one of the 10 night sessions at this year’s event had a women’s match because men’s tennis has more “appeal”. And she promised to review starting the night sessions earlier after Tuesday night’s Rafa Nadal vs Novak Djokovic quarter-final finished at 1.16am local time. Both players complained the match started too late.

The new floodlights on Court Philippe-Chatrier have seen dedicated night sessions for the first time at the clay-court Grand Slam with the sole singles match starting at 8.45pm Paris time. The French Open also sold the rights to the session to a different broadcaster – Amazon Prime.

But the 10 sessions – the final one is the fourth and final men’s quarter-final – have only featured one women’s match. That was last Thursday’s second round match between local favourite Alize Cornet and former champion Jelena Ostapenka.

World No 1 Iga Swiatek, who is on a 32-match winning streak, has not appeared at night while men’s No 6 seed Carlos Alcaraz played the night session twice and the final match on Court Philippe-Chatrier on the opening Sunday. Also 18 out of 20 of the first matches each day on the two main courts were women’s matches when crowds and TV audiences are smaller.

Former British No 1 Jo Konta was involved in a sexism row in 2019 when her semi-final was moved to Court Simonne-Mathieu – the third court – with a morning start to fit in the men’s matches. But former world No 1 Mauresmo, who coached Andy Murray, said: “In this era that we are in right now, I don’t feel as a woman, former woman’s player, I don’t feel bad or unfair saying that right now you have more attraction, more appeal in general, for the men’s matches.

“But yes, I admit it was tough. It was tough for more than one night to find the match of the day. It’s an interesting one, because as I was saying, the fact that it’s right now a one-match night session is tough on this. It is tough.”

The decision to show the Nadal-Djokovic on Amazon Prime – and not normal terrestrial TV – and the match starting so late has caused a row in France. People were leaving before the end and there were long queues to get taxis as the Paris Metro had closed.

Both Nadal and Djokovic later admitted the match started too late. “Of course I understand the other part of the business, without a doubt, that televisions pays a lot of money to have matches that late, then the tournament makes money and then the players make money, no?” said the Spaniard. “We need to find a balance.”

“Having such late matches could actually trigger some questions. I’m wondering about it myself, to be honest. The night sessions will stay, but obviously we are going to see whether we move the starting time or not.

“It’s a lot of things that we have to take into consideration, for sure. Maybe we could start the day session at 11am. Maybe it could be better. For the moment, we will see how things go today because it will be the last night session.” 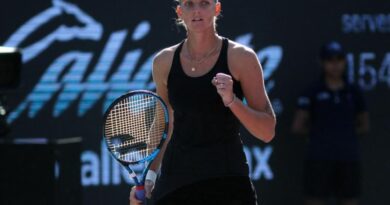 Tennis: Injured women's world No. 4 Pliskova out of Australian Open