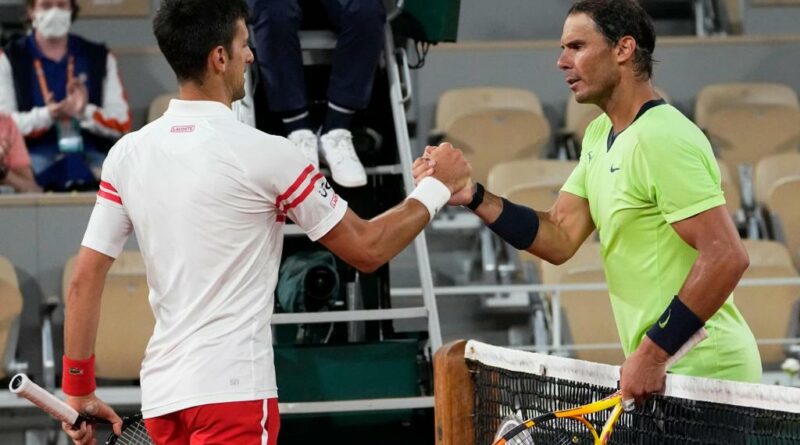 American teenager Coco Gauff reached the semifinals of a Grand Slam tournament for the first time with a 7-5, 6-2 victory over former U.S. Open champion Sloane Stephens.

The 18-year-old Gauff will next face another first-time semifinalist in Martina Trevisan, who earlier beat Leylah Fernandez.

Gauff built early leads in both sets and Stephens made errors at key points on Court Philippe Chatrier.

The 18th-seeded Gauff led 3-1 in the second set when Stephens missed an opportunity to get back on serve, sending a drive volley long on her third break-point chance before Gauff won the next two points.

Stephens had won three straight games to even the first set at 5-5 but Gauff won the next seven points and broke for the set. Stephens missed a backhand volley to hand Gauff her first set-point opportunity.

The 29-year-old Stephens, the former No. 3, won at Flushing Meadows in 2017 and was the runner-up at Roland Garros the next year.

Gauff has not dropped a set on her run to the semifinals.

Martina Trevisan advanced to her first Grand Slam semifinal at the age of 28 by beating a hobbled Leylah Fernandez 6-2, 6-7 (3), 6-3 at the French Open.

Trevisan will next face either Coco Gauff or Sloane Stephens.

The Italian had a chance to win in two sets against the 17th-seeded Canadian at Court Philippe Chatrier but Fernandez saved a match point and then won the tiebreaker.

Trevisan double-faulted twice in the tiebreaker but won the first seven points of the third set and broke twice en route to a 4-0 lead.

The 19-year-old Fernandez, who reached the U.S. Open final last September, received treatment on her right foot during the first set when she hit 15 unforced errors. She had the foot taped during a medical timeout after the fifth game, trailing 3-2.

It’s the 10th straight win for the 59th-ranked Trevisan, who reached the French Open quarterfinals two years ago. She won her first tour title this month in Rabat, Morocco.

The French Open quarterfinals are set to build to a crescendo on Day 10 when Rafael Nadal and Novak Djokovic wrap up the action on Court Philippe Chatrier, a 59th career meeting between two players with a combined 41 Grand Slam singles titles.

The first of the quarterfinals at Roland Garros is underway with Martina Trevisan of Italy taking a nine-match winning streak into her match with U.S. Open runner-up Leylah Fernandez of Canada, who is into the last eight of a clay-court tournament for the first time.

There are three American women in the last eight but, with 2017 U.S. Open champion Sloane Stephens and 18-year-old Coco Gauff meeting in the second match on Court Philippe Chatrier, only two can possibly advance. Jessica Pegula is on the other side of the draw. Stephens reached the final in Paris in 2018; Gauff lost in the quarterfinals last year.

In the first of the men’s quarterfinals, 2020 U.S. Open runner-up Alexander Zverev is taking on 19-year-old Spaniard Carlos Alcaraz.

Nadal, who has won 13 of his men’s record 21 major singles titles at Roland Garros, has an overall win-loss record of 109-3 at the French Open. Two of those three losses in Paris came against Djokovic, who leads 30-28 in their overall head-to-heads. 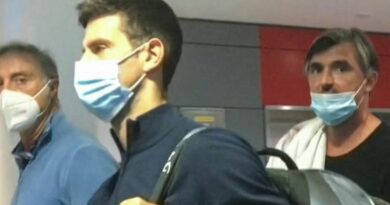 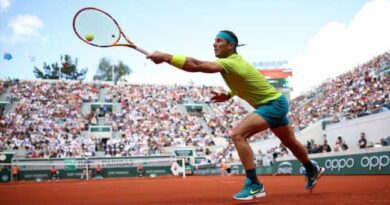 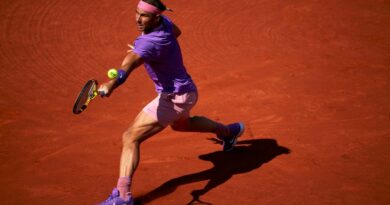