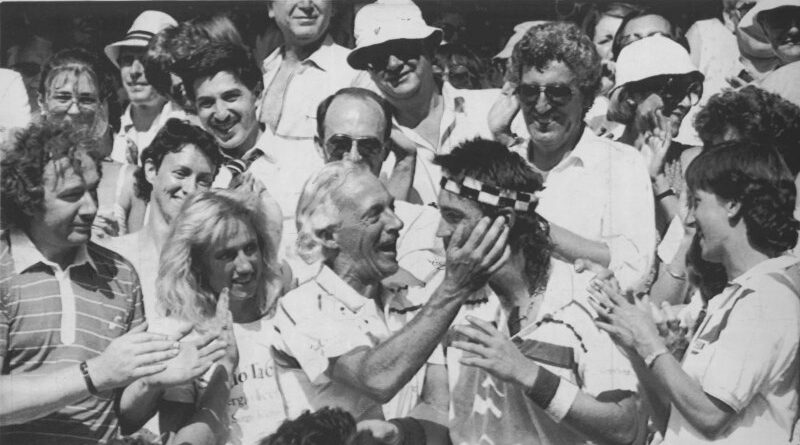 London, Sunday – Australia’s Pat Cash is the new Wimbledon champion. He beat Ivan Lendl in straight sets, 7-6, 6-2, 7-5 today to become the first Australian to win the men’s singles since John Newcombe in 1971. 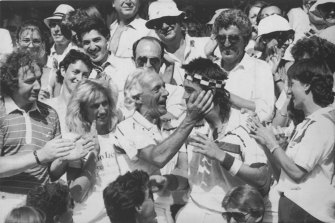 Pat Cash is congratulated by his coach Ian Barclay.Credit:AP Wirephoto

And he is the first Wimbledon champion ever to have climbed into the stands to celebrate with his family before the presentation.

The 22-year’old Victorian was brilliant from the start, overpowering the tournament’s No. 2 seed with his aggression at the net and accurate serving.

Cash’s victory is the 15th by an Australian since World War II. The only time he looked vulnerable was in the third set when he dropped his service in the fourth game to trail 3-1. He courageously broke back in the ninth and 11th games to serve for the set at 6-5.

He won that service game to love and punched the air in triumph.

He then raced across into the crowd and climbed towards the players’ enclosure where he hugged his father Patrick Cash senior, his coach Ian Barclay and girlfriend Anne-Britt Kristensen.

For Lendl, the world’s number one player, the Wimbledon title continues to elude him after losing to Boris Becker last year.

Cash took the first set 7-6 in 73 minutes. The Australian took the tie-break game 7-5 on his sixth set point. He then broke Lendl twice in the second set to win it 6-2 as the Czech’s serve and confidence deserted him under Cash’s relentless pressure.

The Victorian had been brilliant from the start of the match, losing only one point on his own serve and then holding five-break points on Lendl’s first serve.

The Australian’s natural grass court skill was the telling factor.

He was quick to the net and his volleying was more decisive than that of his opponent. In contrast, Lentil had to struggle for 13 agonising minutes to retain his first serve.

Cash’s first set point came In the 10th game, but Lendl won the next point with a blistering ace to bring the score back to deuce. The Czech then took the game to level the scores at 5-5.

The first set went to a tiebreak after Lendl levelled again at 6-6 winning the game to love.

The Australian squandered five set points before taking the tie-break 7-5.

Cash was becoming stronger with every game and broke Lendl, the world’s No. 1 player, in the third and fifth games of the set and set to take a 5-2 lead. He then served out to take the set 6-2.

Yesterday Martina Navratilova won her eighth singles title — her sixth in a row — as she held off 18- year-old West German Stefi Graf 7-5, 6-3 in 69 minutes.

Her victory equalled the record of eight titles set by American Helen Wills Moody from 1927 and 1938. 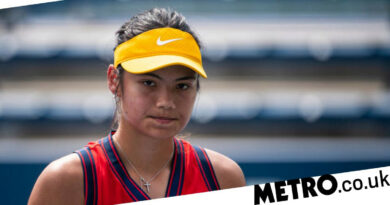