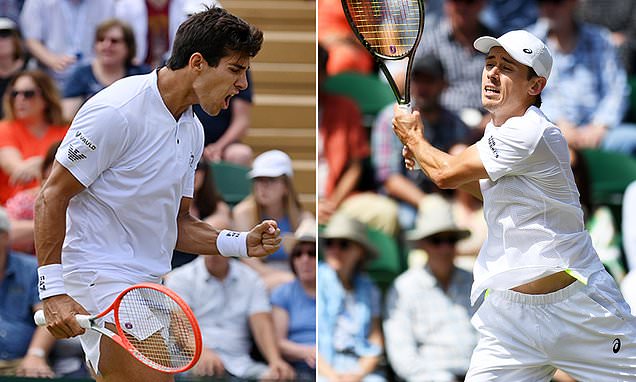 Marathon man! Cristian Garin produces the match of his life as he roars back from two sets down to defeat Aussie favourite Alex De Minaur in FIVE-HOUR epic, booking Wimbledon quarter-final spot

Cristian Garin produced the greatest match of his career to come back from two sets down to knock off Australia’s Alex De Minaur at Wimbledon.

Garin, world No 43, was quickly down two sets to love but he dug in across five brutal hours of play to emerge 2-6, 5-7, 7-6, 6-4, 7-6 winner on Court Two, becoming only the fourth Chilean man to reach the Wimbledon quarter-finals.

De Minaur, roared on by tennis star girlfriend Katie Boulter, struggled to slow the momentum that was with Garin in the champions tiebreak and it has been a chastening week for the hot-shot tennis couple with both Boulter and De Minaur crashing out in the last-16. 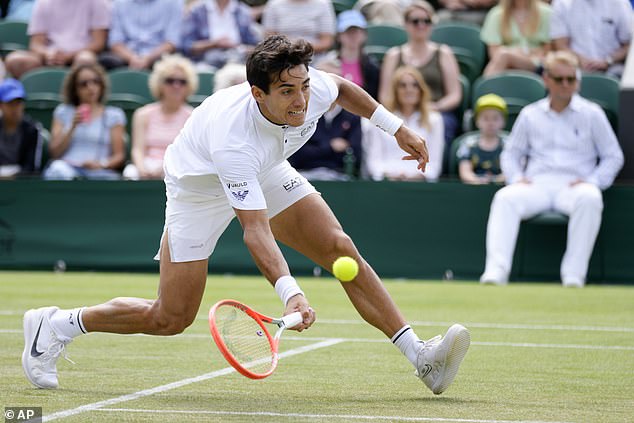 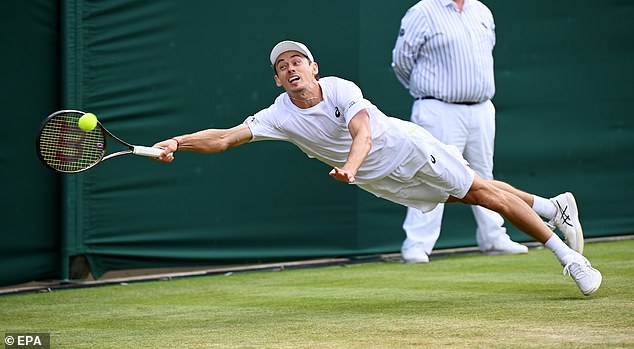 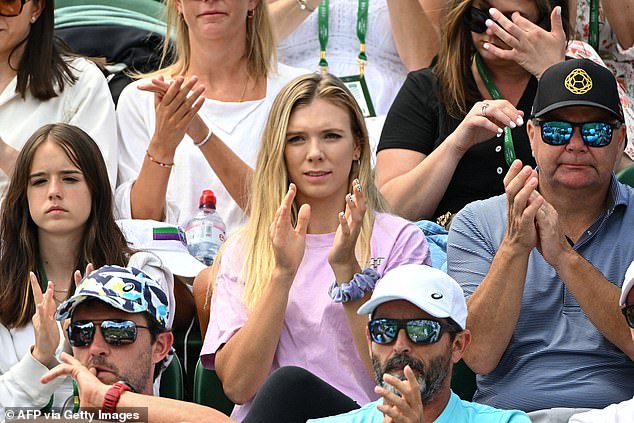 It was a match that opened the action on Court Two at 11am local time but was not coming to its conclusion until almost 4pm.

How De Minaur will rue the two match points he coughed up in a tiebreak in the third set.

Both saved well by Garin, the Chilean was able to haul himself back into contention, turning the tide and he has become his country’s first Grand Slam quarter-finalist since 2009.

‘I’ve been working hard all my life to be in this position and it’s a dream for me to be here at Wimbledon,’ an exhausted Garin said afterwards.

‘It’s a dream for me to be in a quarter-final.’

He is Chile’s eight male player to reach a Slam quarter-final, and now becomes the fourth to do so at Wimbledon following on from Luis Ayala, Ricardo Acuna and Fernando Gonzalez. 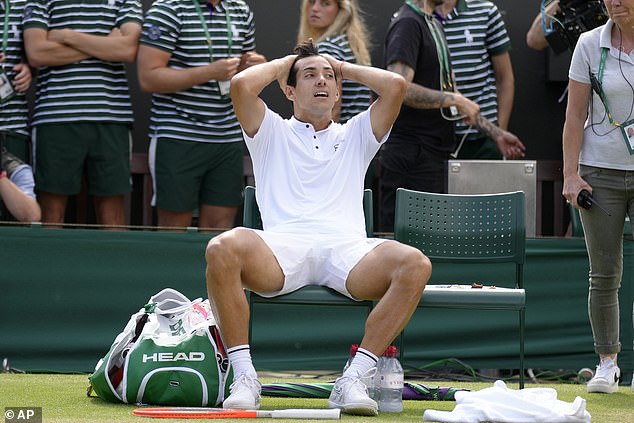 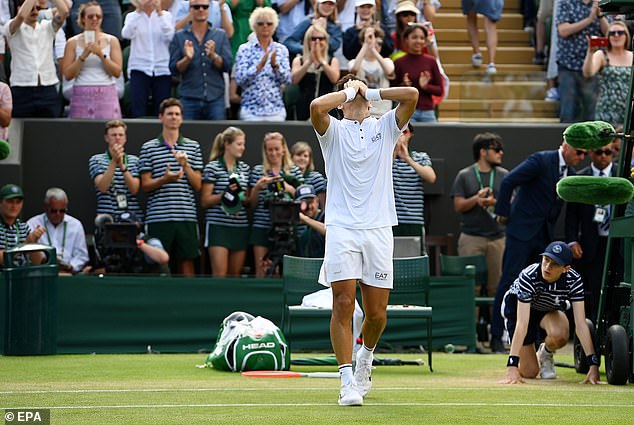 This will be a tough one for 19th-seeded De Minaur to swallow given the advantage he had handed himself when up two sets to love.

In three previous meetings De Minaur had never dropped a set to the Chilean and when up 3-1 in the third set tie-breaker few would have bet against that changing out on Court 2.

But broken he was, set Garin and all roads led through to a champions tie-break in the fifth in which De Minaur did steady for a period, briefly taking a 5-3 lead.

From there it was all Garin and the first-to-10 tiebreak, with De Minaur halfway there, soon swung in the favour of the unseeded Chilean, who won six straight points to take a 9-5 lead.

Pressure on his shoulders, Garin converted his second match point to seal his best-ever win in four hours and 34 minutes.