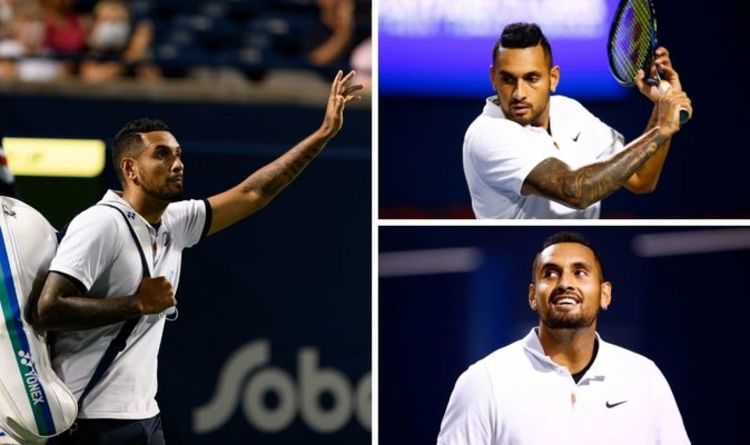 Greg Rusedski remarkably compared maverick Nick Kyrgios’ ability to that of Roger Federer and John McEnroe. Kyrgios has struggled with injuries and form this year, playing two events in Melbourne back in February before sitting out of action until Wimbledon.

He was then forced to retire from Wimbledon in the third round after the second set against Felix Auger-Aliassime and suffered short campaigns in Atlanta, Washington and Toronto.

Kyrgios is ranked outside the top 80 in the world for the first time since July 2014, when he famously announced himself at Wimbledon.

The Australian has played in just 22 matches since the beginning of 2020 – largely due to the pandemic – and he will be eyeing a return to form at the US Open.

Former British number one Rusedski praised the remarkable talent Kyrgios possesses, suggesting he is on par with Roger Federer and John McEnroe as one of the most talented players in the Open era.

JUST IN: US Open spectators required to show proof of Covid vaccine

However, Rusedski understands that talent can only get a player so far if there is a lack of dedication and attitude – including an unwillingness to have a coach.

“The problem is he does not want a coach,” the 47-year-old said. “He’s had significant influences around him – Lleyton Hewitt, a grand champion.

“The Australian tennis coaches have a fantastic system. There is nothing I could say to Kyrgios.

“The only person who can make that decision is himself if he wants to become a champion. He is more worried about spats on social media and other things.

“He could be a great guy for the game of tennis; he just does not put the work and effort in, and if you don’t… the older you get, the harder it becomes.

“He has as much talent, if not more than Roger Federer or John McEnroe – but it does not matter how ridiculously talented you are.”

Rusedski added: “It does not beat hard work, the day-to-day grind and commitment.”

Kygrios has not reached a quarter-final in any tournament since triumphing at an ATP event in Washington back in 2019.

He has cited a lack of motivation and unwillingness to travel due to the pandemic, and injuries have taken their toll as the 26-year-old attempts to regain form.

Kyrgios has a tough opening match in the US Open, facing 18th-seed Roberto Bautista Agut in the first round on Monday night.

Tennis: Barty withdraws from Eastbourne with arm injury but expects to play at Wimbledon

Andy Murray: Queen’s return offers glimpses of glorious past with plenty of positives for the future 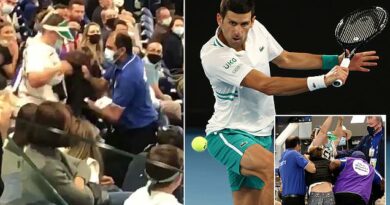