This one was never likely to go long. Not when Simona Halep has been in such a rush all Championships. Not when she and Amanda Anisimova only do brief encounters.

None of their four meetings has reached a third set. Over the previous two, the loser had won a combined four games. So, given recent history, this verged on a marathon.

It was over in just over an hour – thanks only to a late rally by the American who threw caution to the wind. 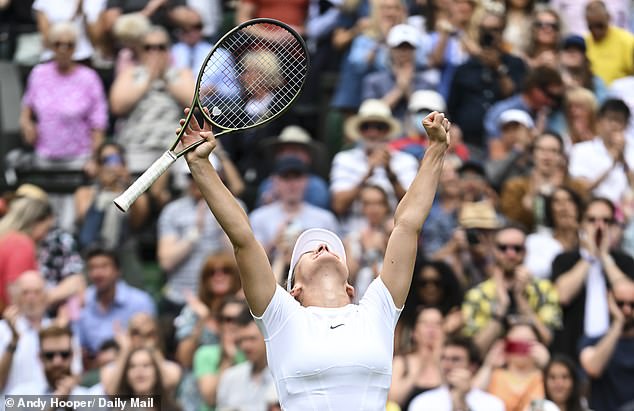 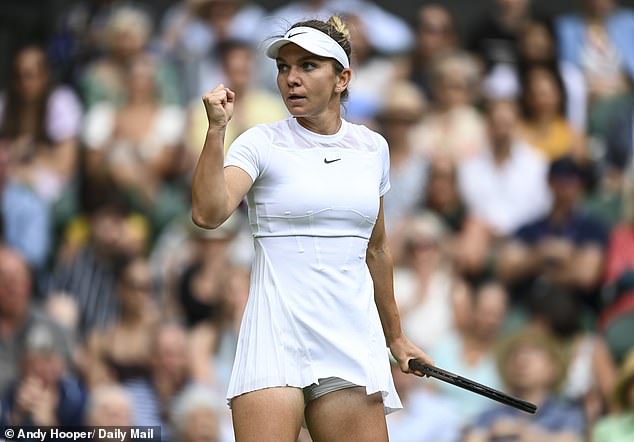 The 2019 Wimbledon champion defeated Amanda Anisimova 6-2, 6-4, out on Centre Court 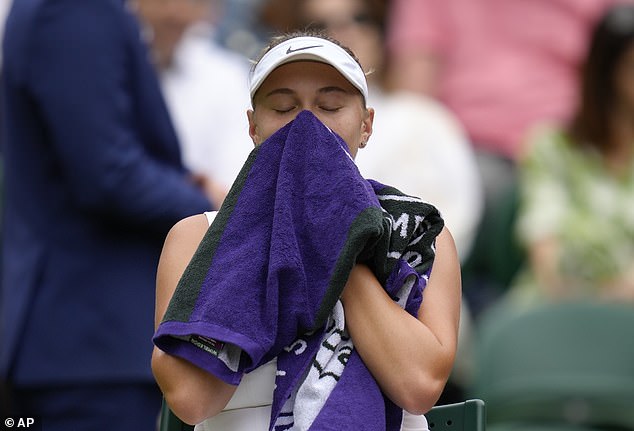 Anisimova won three straight games, as many as she’d managed over the previous 14.

When Anisimova brought up three break points to level the second set at five games apiece, it felt briefly as if the tide might be turning.

But then Halep gave herself a slap – literally – and closed the show. Five straight points to secure a fifth straight sets win of these Championships.

She is into the semi-finals once more. The Romanian 16th seed believes this is her best tennis since winning here in 2019. 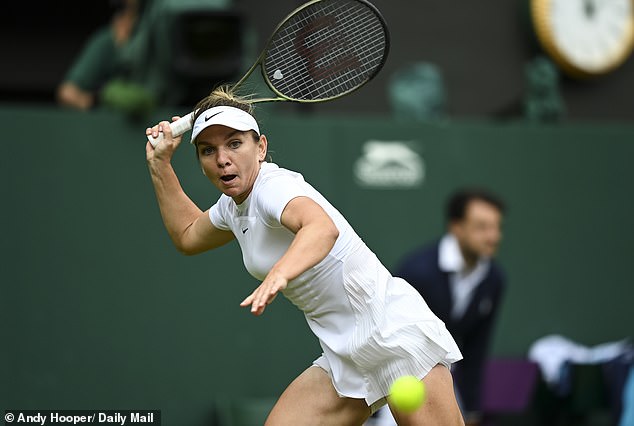 Halep is, along with top seed remaining Ons Jabeur, considered one favourites to win the title 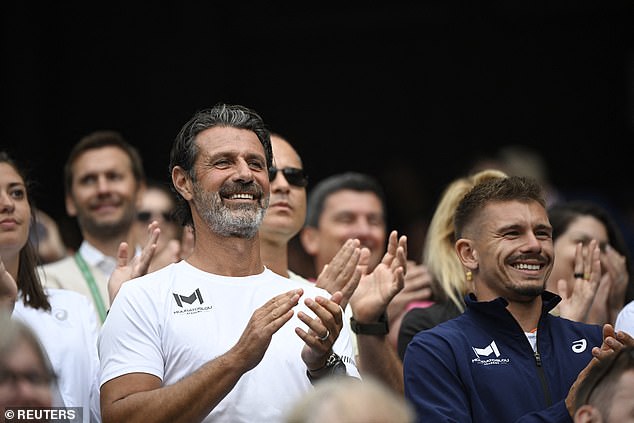 She is now coached by long-time coach of Serena Williams, Patrick Mouratoglou (left)

‘Definitely,’ Halep said. ‘I struggled a lot last year, I’m just trying to build my confidence back up.’

She added: ‘It’s great to be back in the semi-final, I’m very emotional right now. It means a lot… she could crush the ball in the end, I didn’t know what to do , I believed in myself.’

In each set, Anisimova managed a solitary hold before cowing to the inevitable.

No one in these Championships has broken serve as frequently as Halep – quite remarkably, her previous opponents over this fortnight had lost 57 per cent of their service games.

Here, Anisimova just about bucked that trend, winning five from nine. She was broken twice in the first set as Halep put one foot in the semi-finals inside half an hour. 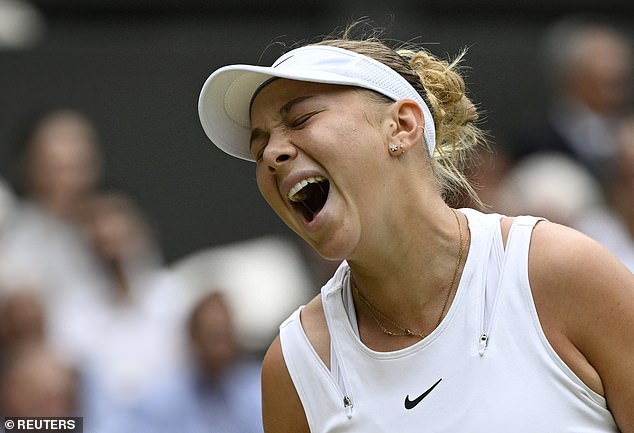 When the American surrendered her serve again early in the second set, she sat down, looked at her box and shrugged.

By then, it seemed, the dye was cast; Anisimova looked resigned to her fate.

Her next service game was coughed up too, a fourth break sealed courtesy of a dreadful drop shot that dribbled into the net. It was a shot that stunk of desperation.

All the while, Halep, who will face Elena Rybakina in the semi-finals, after her win over Australia’s Ajla Tomljanovic, was holding without much fuss.

Then, at 5-1 in the second set, with only 49 minutes on the clock, Centre Court roused itself in an attempt to will Anisimova back into the match.

It worked. She held, she made a first dent on the Halep serve, she held again, and then she brought up three more break points.

But Halep was not in the mood to hang around. 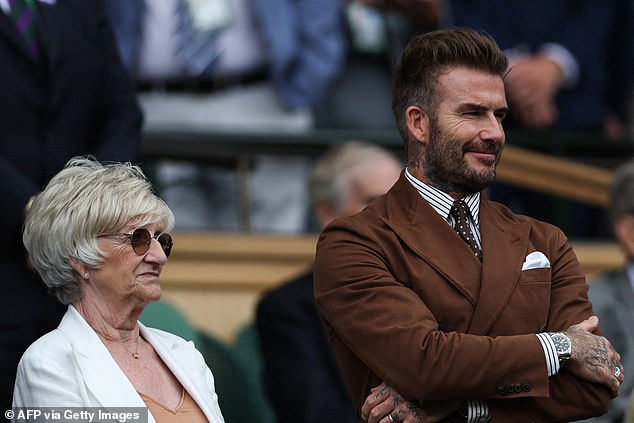 Former Manchester United and England star David Beckham (right) was among those watching on. Pictured: Beckham alongside his mother Sandra, sat in the Royal Box at Wimbledon

Tennis: It's not just power as agile Anderson dances past Thiem 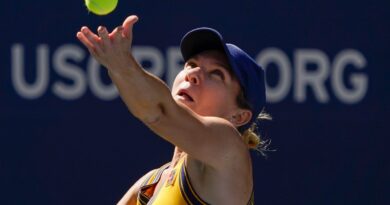 Simona Halep battles through at US Open as Victoria Azarenka falls