Nick Kyrgios withdrew from the Japan Open minutes before his quarter-final clash with Taylor Fritz on Friday, saying it was “heartbreaking” but for the best.

The Australian confirmed a knee problem was the reason for his exit from the tournament in Tokyo, but stressed it was a precautionary decision rather than a sign of something more serious. 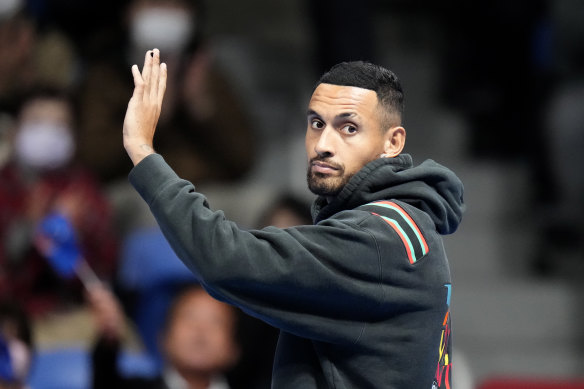 Nick Kyrgios waves after his withdrawal from the Japan Open.Credit:AP

“It’s heartbreaking. When the body lets you down it’s not a good feeling,” the Wimbledon finalist said at the Ariake Colosseum Arena.

“I have to be smart and after hitting with Thanasi [Kokkinakis, doubles partner] today I feel that this is the best thing to do. I have a couple of tournaments at the end of the year and want to do well there.”

It was an anti-climactic end to what had been a fine week for Kyrgios in a breakthrough season which has pushed him back into the world top 20.

“I actually was dealing with a bit of a knee issue around the US Open time, and got back home, and probably didn’t take enough time off,” he said.

Kyrgios stormed home to book his ticket in the Japan Open quarter-finals with a three-set win over Poland’s Kamil Majchrzak on Thursday.

The fifth seed scored a 3-6, 6-2, 6-2 triumph in 81 minutes to set up the last-eight clash with Fritz, who had beaten Australian James Duckworth earlier in the tournament.

Kyrgios hopes to amass enough ranking points to qualify for the ATP Finals later in the year. 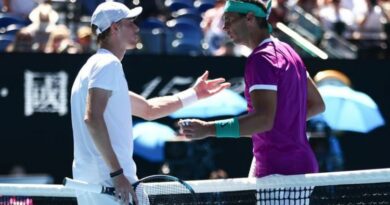 Williams crashes out on dizzying day at Australian Open 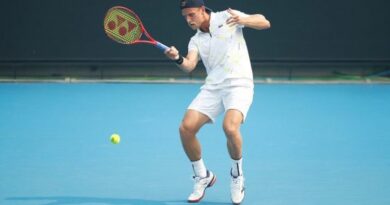