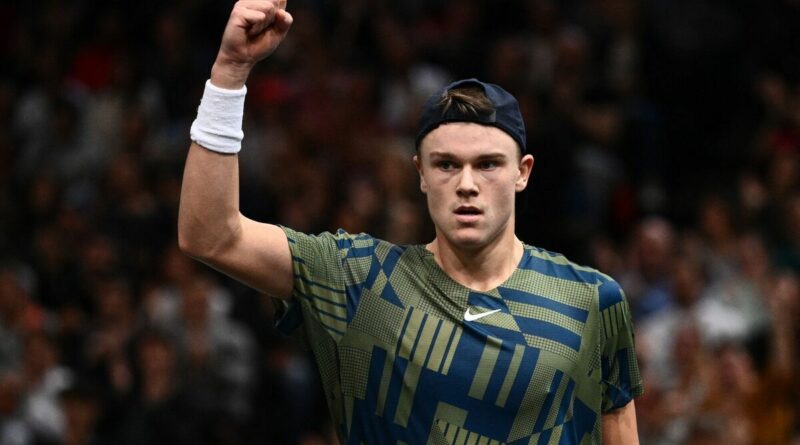 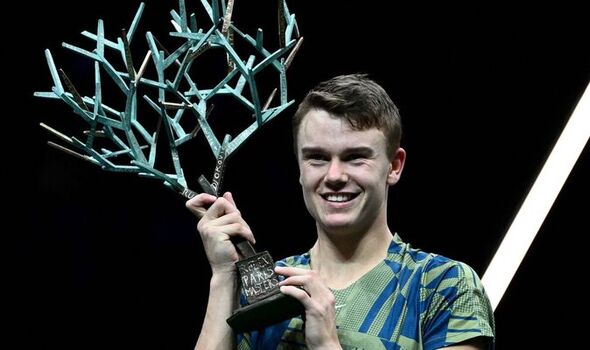 Holger Rune made history en route to winning the biggest title of his young career as he came from behind to down Novak Djokovic 3-6, 6-3, 7-5 in two hours and 32 minutes to be crowned the Paris Masters champion on Sunday. The 19-year-old’s victory over the six-time title winner in Paris marked his fifth successive win over a top 10 player this week, making him the first man to get five top 10 wins in a row during the same single-week tournament.

Rune stepped out onto the centre court in Paris-Bercy for the biggest match of his career as he prepared for the first Masters 1000 final of his career against 35-year-old Djokovic – the man who holds the record for most Masters titles won in ATP history. It was the defending champion who started off a little shaky as he blew a 40-0 lead to find himself at deuce before managing to hold.

But order was quickly restored as the six-time winner of the Paris Masters broke the teenager in the fourth game of the match to take a 3-1 lead, with Rune looking noticeably more hesitant than he did in his previous rounds in which he reeled off four straight wins over top 10 players. Djokovic continued to hold before closing out the opener 6-3 in a set and as though he was cementing his stronghold on the match as he quickly went 0-40 up on the Rune serve.

But the Dane fired back to save all three break points, getting the crowd on-side before winning the nine-minute game after correctly challenging one of his shots that was called out. Suddenly it was all Rune as an uncharacteristic mistake from the Serb saw him gift the teenager a break point in the very next game as the crowd started to make themselves heard, chanting the first-time finalist’s name, and he hit the ball wide to allow Rune to break for a 2-0 lead.

JUST IN: Holger Rune addresses controversy after rumours of feuds

It was Djokovic’s turn to be left looking bewildered as the 19-year-old remained fearless, closing out the set 6-3 with a love-hold to force a decider. Last year’s champion managed to hold off the teenager as he started the third and final set with a service hold and was the first to pounce as he set up three break points on the Rune serve in the fourth game of the set and converted the second thanks to a double fault from the world No 18.

But Rune stormed back, earning break-back point after winning an epic rally as he got the crowd on their feet and he broke back with a forehand winner. Djokovic then called the trainer after spending much of the final set stretching out his left leg and had his thigh massaged before continuing, managing to hold serve for 4-3.

Both men continued to hold until 5-5, when Djokovic gave away a break point on his serve as he sent the ball long, and it was another error from the Serb’s racket that gave Rune the break to serve for the biggest title of his career. The 35-year-old wasn’t giving up as he created five break point chances with Rune serving for the title, before the teen finally set up his first championship point 13 minutes into the game, immediately blowing it with a double fault.

A sixth break point came and went for the world No 7 before Rune set up his second championship point and was finally able to close out the game after more than 17 minutes for the biggest win of his career to stun Djokovic and lift the Paris Masters title – his third trophy of the year.

Rune makes history as the first man to beat five top 10 players in a row during the same week at a tournament – not including the top eight ATP Finals, and he will now become a top 10 player himself when the rankings update on Monday, starting the season outside of the world’s top 100. The teenager will also be the first alternate for the ATP Finals in Turin, with the prestigious season-ending tournament starting in seven days.

It means Djokovic has now lost his first match at an official tournament in more than five months, with his last defeat also coming in Paris to Rafael Nadal at the French Open. Barring a defeat at the Laver Cup, the Serb had not lost since – helped in part by his ban from playing in North America as an unvaccinated traveller. He had also not lost a match at the Paris Masters since the 2018 final, winning the title in 2019 and 2021, and not playing in 2020. 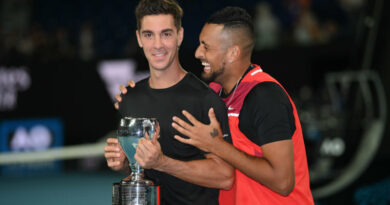