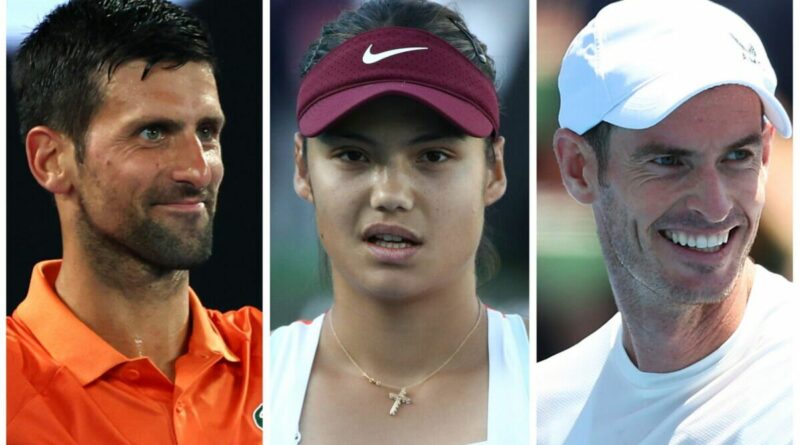 The men’s and women’s winners of this year’s Australian Open will walk away from Melbourne with a staggering £1.69million. This year there is an increased prize fund of £43.6m which is the highest in the tournament’s history.

Novak Djokovic will be hoping to win his 10th Australian Open title with the Serbian having a net worth of £180m after a successful career at the top of tennis. However, he could face tough competition from reigning champion Rafael Nadal who will be bidding for his 23rd Grand Slam title.

The first round matches begin on Monday and competitors are guaranteed £31,910 just for playing their opening match. British star Jack Draper could be one of those pocketing the first round money as he comes up against Nadal at the first stage.

British women’s No.1 Emma Raducanu is set to make a last minute decision on whether to play in the Australian Open after suffering an ankle injury at last week’s ABC Classic. Last season the US Open champion exited the competition in the second round and those losing at that stage this year will win £90,000.

The prize money increases through the rounds with the losing third round competitors scooping £129,890; fourth round £192,770; quarter-finalists £316,440; semi-finalists £527,160 and runner-up £930,000. Speaking about the record prize money on offer Craig Tiley, Australian Open tournament director, said: “It is critical to the continued success of the Australian tennis summer that we provide strong and relevant playing opportunities and ensure that the best players in the world are compensated appropriately.

“We want to ensure Australia is the launchpad for the global season and that we see as much of them as possible. They inspire us all to engage in this great sport as well as inspiring future generations.”

Despite the Australian Open exceeding its previous prize pots it falls behind the other Grand Slam tournaments. Last year’s US Open winners picked up a cool £2.46m and the Wimbledon champions received £2m. Players also have to pay a heavy tax on their winnings making their actual walkaway profit much less after also paying their coaches and expenses.

Andy Murray has won Wimbledon twice but hasn’t made it past the second round of the Australian Open since 2017. Despite saying there is “no timeframe” on his retirement the British star is thought to be targeting one more title before calling time on his career.

Tennis: I have not played well enough, says Nadal after losing to Tsitsipas in Madrid semis

Novak Djokovic ‘keeping mind open’ about being vaccinated in future