Home » Tennis » ‘I don’t have much respect for him’: Djokovic takes aim at Kyrgios 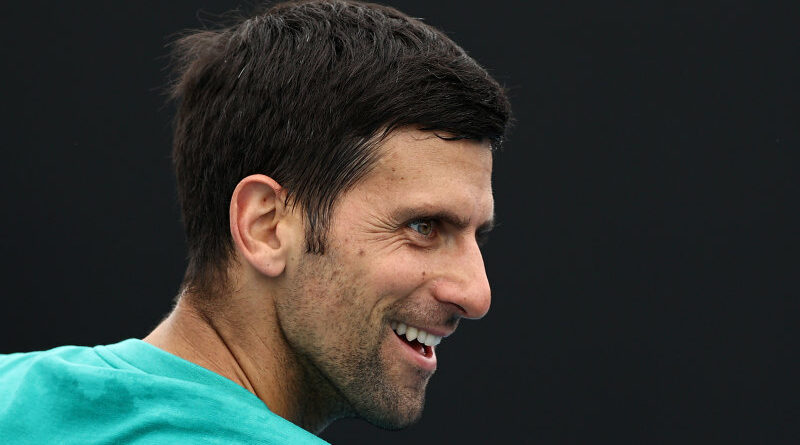 Novak Djokovic has rekindled his simmering feud with Australia’s Nick Kyrgios, praising his on court exploits but declaring that “off the court, I don’t have much respect for him”.

Speaking in his pre-Australian Open press conference where he will be shooting for his ninth Norman Brooks Challenge Cup and his 18th grand slam title overall, Djokovic was asked what he thought about Kyrgios calling him “a tool” on Twitter in mid-January.

Kyrgios did so after Djokovic made a list of requests of Tennis Australia and the Victorian government for tennis players stuck in hard hotel quarantine.

Djokovic said on Sunday: “I’ve said this before. I think he’s good for the sport. Obviously he’s someone that is different. He goes about his tennis, he goes about his off-court things in his own authentic way. I have respect for him. I have respect for everyone else, really, because everyone has a right and freedom to choose how they want to express themselves, what they want to do.

“My respect goes to him for the tennis he’s playing. I think he’s very talented guy. He’s got a big game. He has proven that he has a quality to beat any player really in the world in the past.

“Off the court, I don’t have much respect for him, to be honest. That’s where I’ll close it. I really don’t have any further comments for him, his own comments for me or anything else he’s trying to do.” 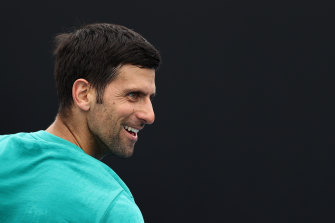 Novak Djokovic says he doesn’t have much respect for Nick Kyrgios off the court.Credit:Getty Images

Kyrgios spoke at a sponsor event on Sunday morning and made no indications that his knee injury – which stems from tearing his left meniscus during 2020 – will keep him out of his first-round clash on Monday against Portuguese qualifier Frederico Ferreira Silva.

“I feel good, I am excited to be back and tomorrow it kicks off again … go out there tomorrow and try and have some fun,” Kyrgios said.

“I think I played juniors with him [Silva], I think I know his game a little bit.

“But honestly I just focus on my game, I go out there and serve big and play big and see what happens.”