Home » Tennis » ‘I was just following the rules’: Djokovic launches strong defence of his role in vaccine exemption drama

Novak Djokovic has launched an impassioned defence of his role in last year’s Australian Open deportation drama, declaring that he legitimately entered the country and he had “just followed the rules” with his vaccine exemption.

After arriving in Melbourne after a tournament win in Adelaide and striving for a 10th Australian Open title, former world No.1 Djokovic took aim at the media multiple times.

“A lot of people still have a wrong idea of what happened,” Djokovic said on Wednesday in an exclusive interview with Channel Nine [the owner of this masthead]. 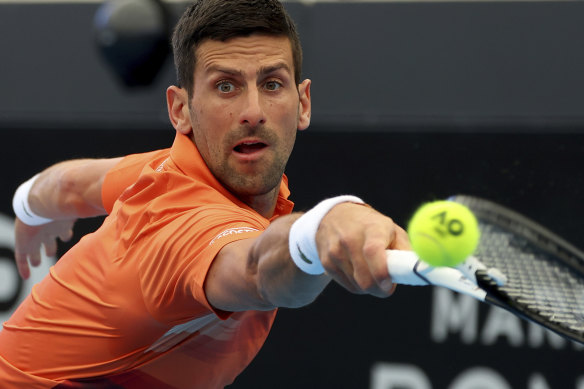 The Serbian alluded to being singled out by Australian authorities after other individuals connected with the Australian Open were able to enter the country.

“[There were] two or three more people that came into Australia 10 days before I did with exactly the same exemption that I had,” Djokovic said.

“I was just following the rules. My exemption was verified by an independent body and panel of doctors.

“I came in with all the valid papers. Everything got out of hand and then I was labelled this or that.

“And it [the saga] was so big in the media that I could not fight that, and I didn’t want to get into that.

“[With] the amount of pressure and craziness going around, I just wanted to go out and go back home.”

Asked directly about whether he understood the anger of Australians – and Victorians in particular – after he was initially cleared to enter the country with an exemption before the former federal Coalition government cancelled his visa, the still unvaccinated Djokovic said he did.

“I have to say yes because I understand that it was a frustrating period for a lot of people around the world, particularly here in Australia for two years [and which had] some really strict measures in place.

“So I understand that when media writes in a certain way about a guy who tried to go in without a vaccine that people would [say] ‘what, wait a second, why is he allowed to come in when many people aren’t able or allowed to come from wherever they are around the world to their own country.

“So I understood why they were frustrated but again I have to say that the media presented it in a completely wrong way.”

Following an overwhelmingly positive reception in South Australia where Djokovic won last week’s ATP event, he is uncertain as to what will happen in Melbourne.

“I was a little bit curious to see how I would be received in Adelaide,” he said.

“The reception was fantastic. I’ve had an amazing tournament had tremendous support – [a] packed house every match.

“[But] I don’t know [about Melbourne], but I hope positive. I rally hope the crowd will be receiving me well I guess.

“That’s something that I can’t predict, I don’t know. 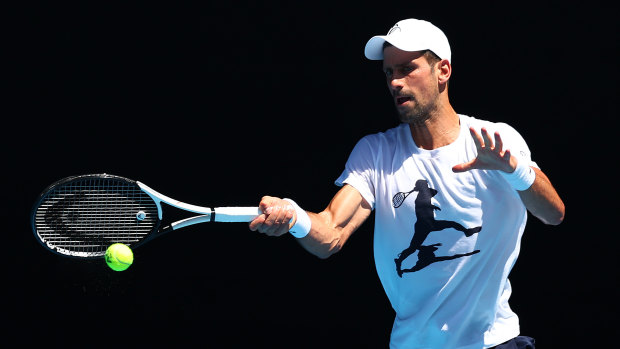 Novak Djokovic in action in a hit-up with Daniil Medvedev.Credit:Getty Images

“It’s in their hands I guess, I’ll try and do my bet to perform well, to …. have the relationship and behave as I always have and try to be a good ambassador of the sport and hopefully that can be recognised in a good way.”

Djokovic indicated that he was so knocked around by the turbulent time in Australia 12 months ago, culminating in him being deported on the eve of the tournament, that he sought respite in Serbia for several weeks.

“The first several months after I came back … I went back to Serbia … going through a little bit of challenging times I must say, not just with Australian media, but media worldwide,” he said.

“It was a lot of pressure and not great narrative in the media about me at all.

“I just stayed for several weeks at home, didn’t really go around too much, just hoped that the situation would calm down, which it did.

“But the ‘traces’ stay there, right? The traces followed for several months after. And I didn’t know it was going to affect my game as well.

“Every press conference I was asked a question or two about Australia, about what happened. So even if I [had] moved on the people reminded me of that.

“I just had to be patient and wait.” 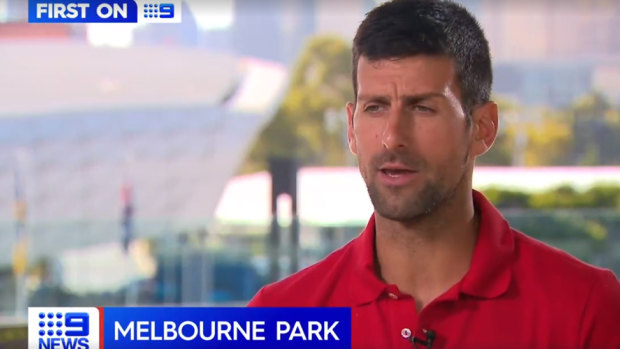 While the federal government prosecuted its case that Djokovic was a risk of stoking anti-vaccination sentiment, a Czech player forced out of the country during the Djokovic saga later had her visa reinstated.

The Administrative Appeals Tribunal of Australia found that Renata Voracova, who was granted entry into Australia under the same provisions for a medical exemption from COVID-19 vaccination given to Djokovic, had followed the conditions of her visa.

The tribunal, however, found her case was noticeably different.

“There was no evidence Ms Voracova failed to comply with her visa conditions,” said Jan Redfern, the tribunal’s vice president and head of the migration and refugee division, in written findings.

Djokovic was interviewed by Todd Woodbridge. 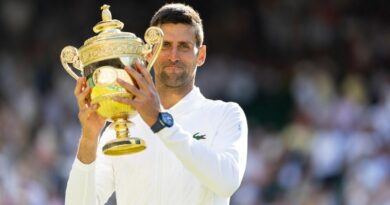 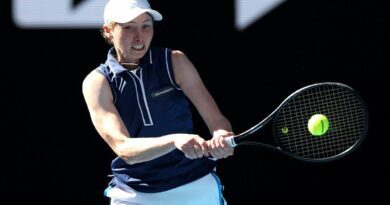