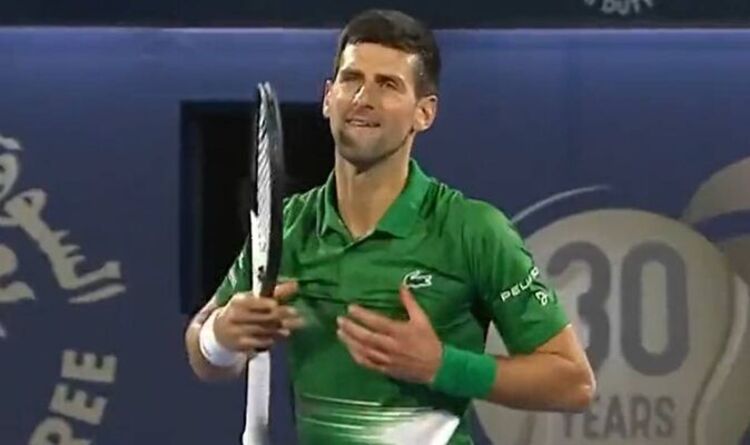 Novak Djokovic hesitated to answer a specific question following his first win of the 2022 season at the Dubai Tennis Championships on Monday night. The Serbian tennis superstar was making his return to the ATP Tour for the first time since he was sensationally deported from Melbourne ahead of the Australian Open.

All eyes were on Djokovic following a week in which he opened up on his own vaccine stance in an in-depth interview.

There were some fears over the reception Djokovic would receive in his first match of the year, but he was welcomed to the stadium by raucous cheers.

And Djokovic showed no signs of rustiness as he saw off Italian starlet Lorenzo Musetti in straight sets.

There was a slight wobble in the sixth game of the second set when Musetti had four break point opportunities to come back into the match.

And Djokovic was seen angrily gesturing in an apparent attempt to fire himself up to see off the challenge.

He eventually managed to hold serve and went on to win the match comfortably to progress to the next round.

Djokovic was asked directly whether his show of “passion” in that sixth game was directed at anyone in particular.

“I’ll pass on that question,” Djokovic initially answered drawing laughs from the crowd.

But the world No 1 then explained why he felt the need to let out some “energy”.

“It’s always in the heat of the battle those moments sometimes you need to get the energy out,” he added.

“Sometimes you’re frustrated with yourself, with your game, with some things that are happening but it’s important to re-group, get your things together and focus on the next point.

“I was fortunate to find the right serves on those break points I faced. That gave me huge relief for the rest of the match.”

Djokovic was clearly taken aback by the reception he received from the crowd as he walked out to the stadium.

“I couldn’t ask for a better reception,” he said.

“It’s been a while since I played my last match so I couldn’t pick a better place to kickstart the season.

“Best possible experience tonight and thank you very much for your support and welcoming me onto the court the way you did.” 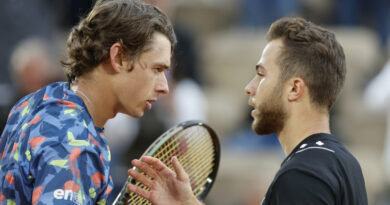