Jelena Dokic wishes she had taken a proper break from tennis much sooner than she did.

The Australian former world No.4 had been suffering from depression for a decade before she realised she needed to step away from the professional circuit to deal with the trauma of family abuse that she has since detailed in her memoir, Unbreakable.

Though the circumstances are different, Dokic can empathise with Naomi Osaka, who this week tearfully announced she would take an indefinite break from tennis following her third-round exit from the US Open. Winning no longer made her happy, Osaka explained, and losing made her “feel very sad, and I don’t think that’s normal”. 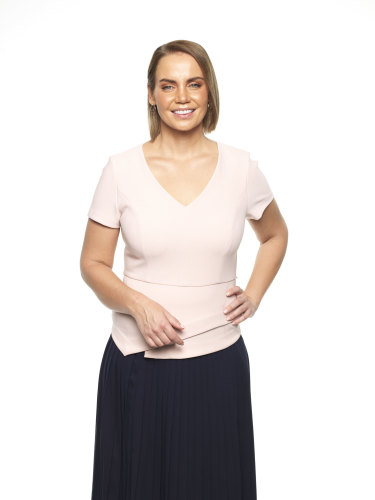 Osaka’s struggles have coincided with the very public decision of Simone Biles, the greatest gymnast of all time, to withdraw from competition during the Tokyo Olympics for mental health reasons, and of Australia’s best female basketballer, Liz Cambage, to pull out of the Games because of similar off-court struggles.

Dokic says the public admissions of high-profile athletes such as these three women could be life-changing not only for them but for children who look up to them.

“I battled depression for over a decade and the fact that I didn’t take a proper break early on probably hurt me because it’s impossible to play such a competitive individual sport at such a high level when you’re dealing with mental health issues,” Dokic said.

“I didn’t take time off because I lost a love for the game, but some do, people deal with things differently.

“The broader discussion about mental health, and how athletes manage it in their own way, needs to be part of the federations and governing bodies.

“It’s incredibly hard to open up in front of the world so we need to give them time and respect to do so.

“This won’t only change athletes’ careers, it’ll change the lives of kids and set the tone for
the younger generation.”

Thursday is R U OK Day, a suicide prevention initiative that encourages Australians to consider the mental health of people round them, to recognise signs of struggle and ask questions that can help them find support. 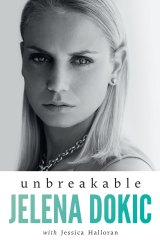 Dokic says the experience of Wimbledon champion Ashleigh Barty shows that athletes can thrive after taking an extended break from professional sport. Famously, Barty stepped off the court for 18 months in 2014, when she was just 18.

She spent time at home, and enjoyed other sports, even making a brief foray into cricket for the Brisbane Heat. It’s this reconnection to life outside the sport you’re paid to play that Dokić is so supportive of.

“We start on the tour when we’re 15, by the time we’re 21 we’ve already been away for a very long time. It’s stressful, it’s exhausting, you don’t get to see your friends and family, you live out of a suitcase for most of the year,” she said.

“Schedules are becoming a lot tougher; we barely have any off season. We’re talking about very high-profile sports and a lot of pressure comes with that. Athletes have always had these things to deal with, it wasn’t any easier 15 or 20 years ago, it’s just discussed now.

“At the end of the day, athletes are just human beings, and we go through a lot, people put us on a pedestal and yes they want us to do well, but this is a conversation that needs to happen.

“I think sometimes athletes feel they may give away that competitive edge by admitting struggles but talking about it openly is extremely important.”

Dokic was tangibly emotional as she commentated Barty’s triumph over Karolina Pliskova in the Wimbledon final. Partly, Dokic was moved by the family support around Barty, something so different from the physical and emotional abuse she suffered at the hands of her father, Damir.

“It’s great to see when someone does take a break away from the game, that she came back and did so incredibly well,” she said. “It was also emotional to see she’s got a great family support system, because it’s not always like that.”

Dokic, who broke into the world’s top 10 at the age of 18 and the top four just a year later, recounts her own experience in confronting detail.

The visibly solemn teenager battled depression, anxiety and PTSD, and contemplated taking her own life.

She describes being whipped with leather belts after training sessions, kicked and having her hair pulled and being knocked unconscious in a distressing portrait of what caused her to eventually step away from the game to “heal and get through all the pain and trauma, to deal with what I had to deal with before I was able to get back on the court.

“For a long time, I tried to push myself to just keep trying to get up. It took me a long time to realise I needed help.”

Dokic has since rebuilt her life, and built a career as an incisive tennis commentator with Channel 9, owner of The Age and the Sydney Morning Herald.

“Days like R U OK Day are reminders that those three words have the power to change someone’s life, not just on that one day of the year, but everyday,” she said.

“I’m fifteen years on from when I almost took my life and I’m happy today because I know I’m fortunate to be here, it could’ve been a very different story. Tough situations don’t last but tough people do. We are stronger than we even know.” 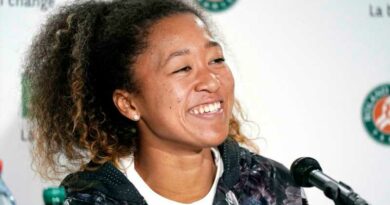