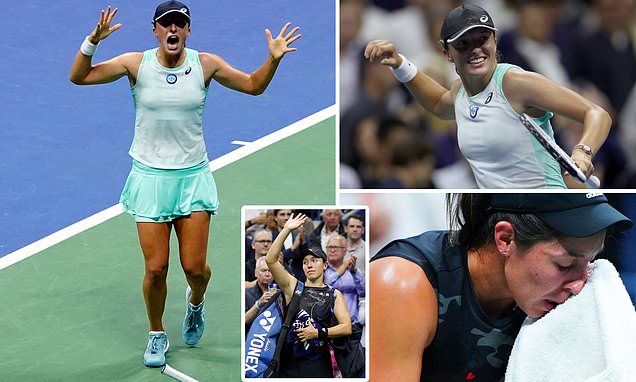 Jessica Pegula’s fairytale US Open run comes to an end in the quarterfinals as American daughter of billionaire Buffalo Bills owners is beaten in straight sets by formidable world No. 1 Iga Swiatek

No 8 seed Jessica Pegula was defeated in the US Open quarterfinals Wednesday night by No 1 Iga Swiatek of Poland.

Pegula – the last American standing in the women’s singles – was beaten in straight sets, 6-3, 7-6.

Swiatek will now play No 6 seed Aryna Sabalenka in the semifinals, with Caroline Garcia and Ons Jabeur facing off in the other side of the draw.

The other women’s semifinal is No 5 Ons Jabeur against No 17 Caroline Garcia, who eliminated 18-year-oldAmerican Coco Gauff on Tuesday. 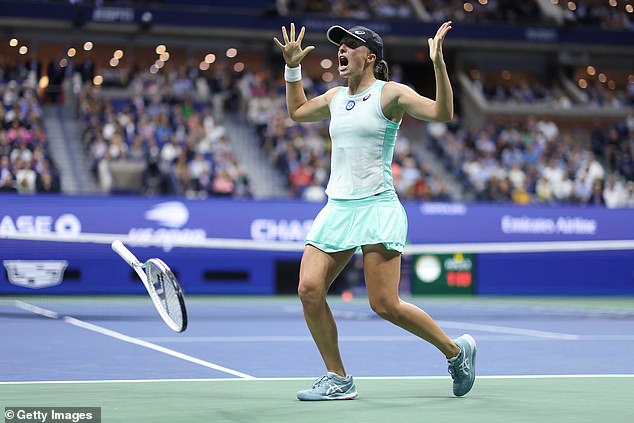 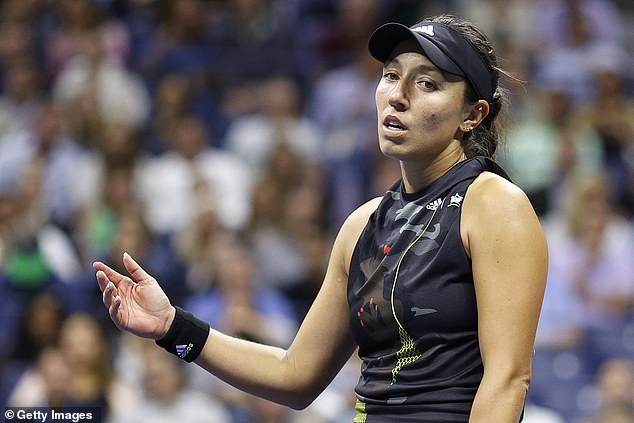 American Pegula was defeated in straight sets 6-3, 7-6, despite fighting hard on Arthur Ashe 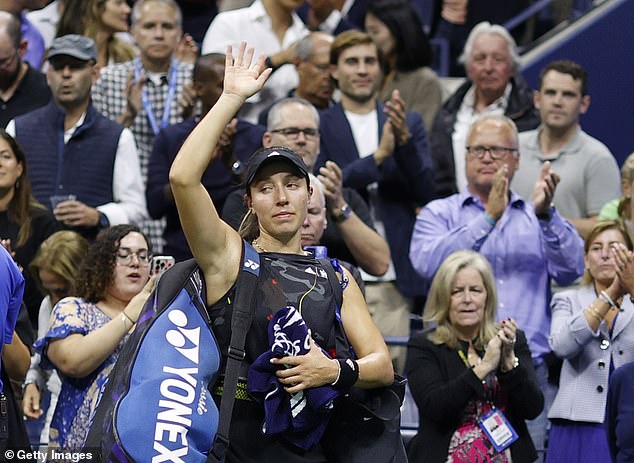 Iga Swiatek´s game is most effective, her mind most at ease, on red clay courts, where her two Grand Slam titles so far arrived.

She sure seems to be getting the hang of this hard-court thing at the U.S. Open, though.

Swiatek moved into her first semifinal at Flushing Meadows by pulling out the victory over Pegula on Wednesday night in a match filled with a combined 13 breaks of serve, 10 in the second set alone.

Swiatek, a 21-year-old from Poland who won the French Open in 2020 and this June, twice failed to serve out the victory, at 5-4 and 6-5. But she was better in the tiebreaker, and when No. 8-seeded Pegula missed a backhand, Swiatek ran toward her guest box, flung her white racket away and yelled. 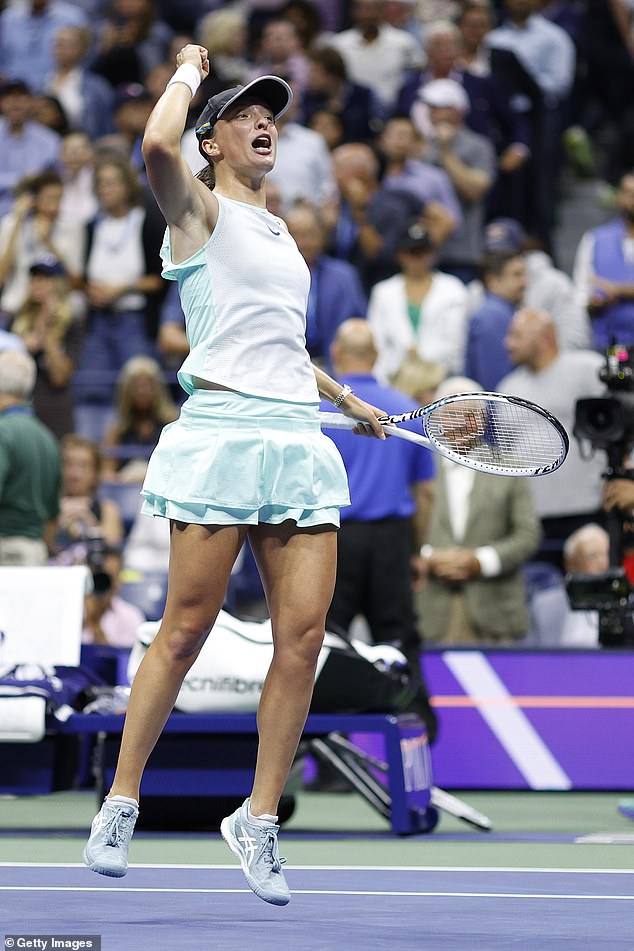 Of the four players remaining in the bracket, only Swiatek already owns a major championship. And only Sabalenka, who defeated two-time Slam runner-up Karolina Pliskova 6-1, 7-6 (4) earlier Wednesday, ever has been this far in New York previously; she lost in the semifinals last year.

Sabalenka was bounced from the semifinals at Wimbledon last year by Pliskova. Sabalenka made sure from the start that this one would be different, racing to a 4-0 lead.

This year, Sabalenka could not participate at the All England Club, because all players from Russia and Belarus were banned over the invasion of Ukraine. 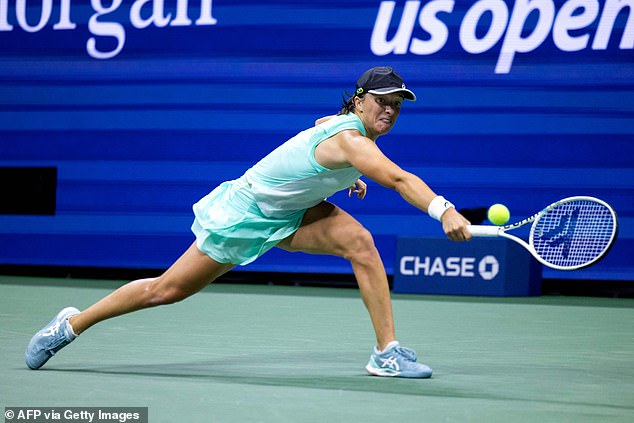 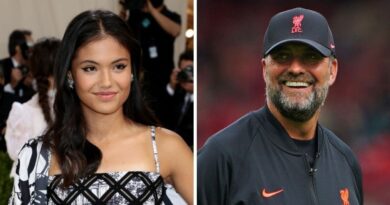 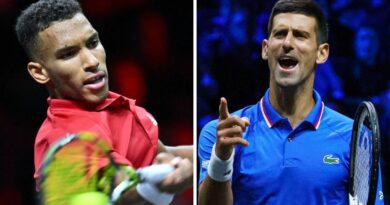 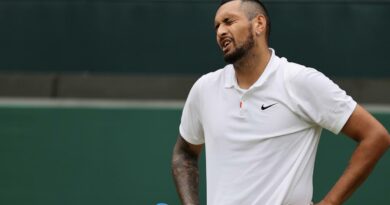