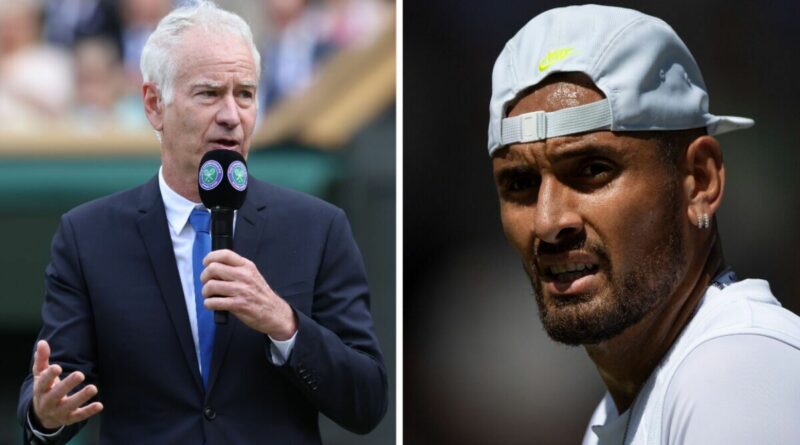 Nick Kyrgios's mum says it's been a 'tough year' for star

John McEnroe has told Nick Kyrgios he doesn’t need to direct his anger at his loved ones in his own players box during matches. Kyrgios suffered a meltdown during his Wimbledon final against Novak Djokovic on Sunday as he continually shouted towards his box when the match started to run away from him.

“He’s a good kid to be around,” McEnroe told Carol Vorderman on Monday’s Lorraine. “He’s got demons – I guess we all do. It’s how you deal with them. He’s screaming at his box – those are the people that support him more than anyone else and he’s going after them, literally screaming at the top of his lungs on the changeover.

“Nick in a way feels like a younger kid and you try to harness this incredible talent and person and mould him into what we all hope he will be. On the court, he just can’t help himself.

“Hopefully he’ll look at tape – it’s hard to watch when you’re losing. But if he watches what he did to his own box – his dad, his girlfriend, whoever it was – he was screaming at [them] to blow off some steam. Hopefully he’ll say, ‘I don’t need to do that.’” 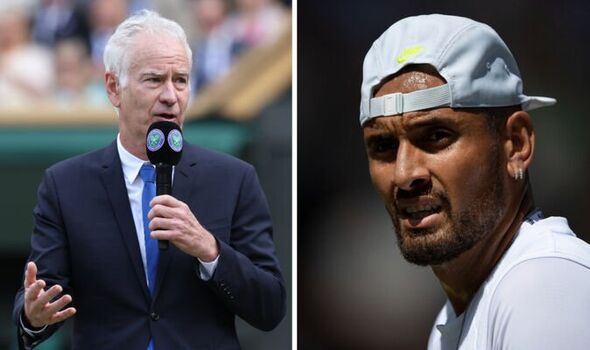 Kyrgios had never been past the quarter-finals of a Grand Slam before this year’s Wimbledon. But the 27-year-old produced a string of mesmerising displays at the All England Club to set-up a hotly-anticipated clash against Djokovic in the showpiece event on Centre Court.

The Australian made the most of his enormous serve against the veteran as he landed the first set to take a shock lead. Djokovic managed to keep his composure, however, and ultimately turned the match around to claim the Wimbledon title for the seventh time of his career. 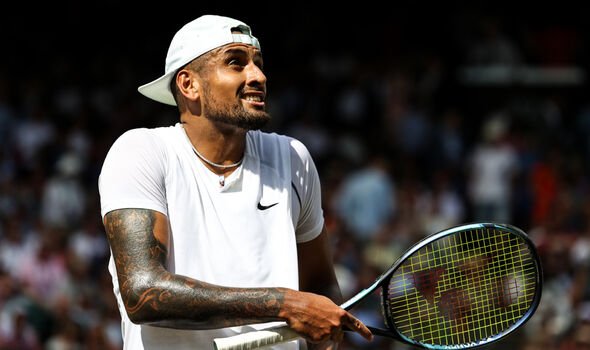 But McEnroe is hoping that Kyrgios’ experience over the last two weeks will help him compete for honours in future tournaments. “People always ask me about Kyrgios, who is an incredible talent,” the three-time Wimbledon champion added. “Good kid and the players like him but the problem he’s had is fear of failure. How do you deal with the expectations and the pressure you put on yourself, that others put on you?

“Hopefully this will be a harbinger of things to come because like when I came on the scene, they called me a punk. He sees himself in a lot of ways as normal but then he gets on a tennis court and goes, ‘I don’t like tennis – I hate it.’ I hope he commits to it for a couple years because people saw what he was capable of. Maybe one day he’ll listen to me or somebody and we can all live happily ever after.” 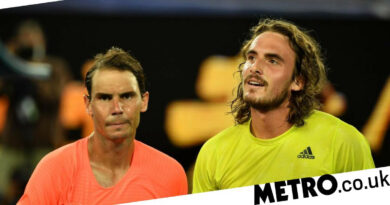 ‘You’re a tool, bro’: Kyrgios loses his cool in Cincinnati