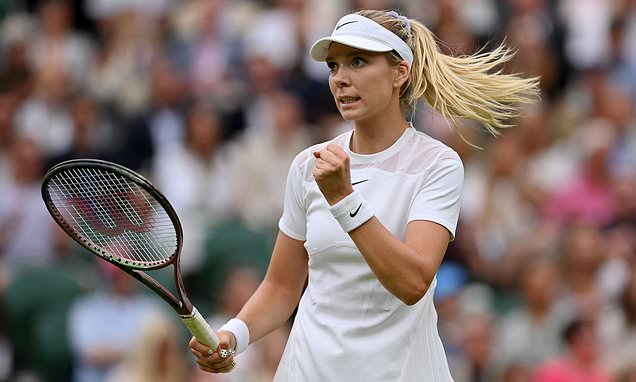 Tearful Katie Boulter produces the biggest win of her career as she beats last year’s finalist Karolina Pliskova to reach the third round at Wimbledon, days after the death of her grandmother

Katie Boulter produced the biggest win of her career by upsetting Wimbledon finalist Karolina Pliskova on Centre Court to reach the third round of a grand slam for the first time.

The British number three went into the match full of confidence after a fine run of tournaments on the grass, including victory over Pliskova in Eastbourne last week.

And, after defeats for Emma Raducanu and Andy Murray on Wednesday, Boulter thrilled the home crowd by coming from a set down to win 3-6, 7-6, 6-4. 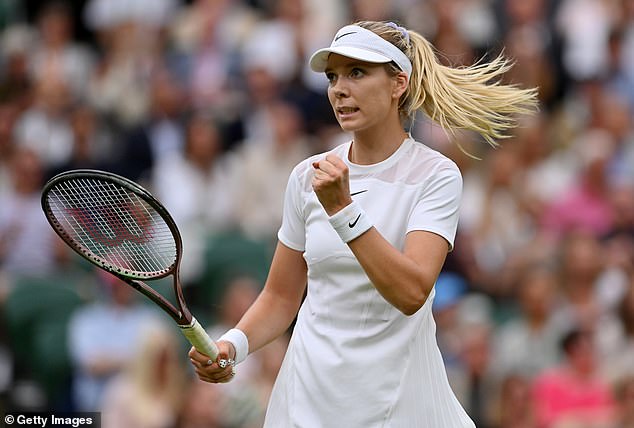 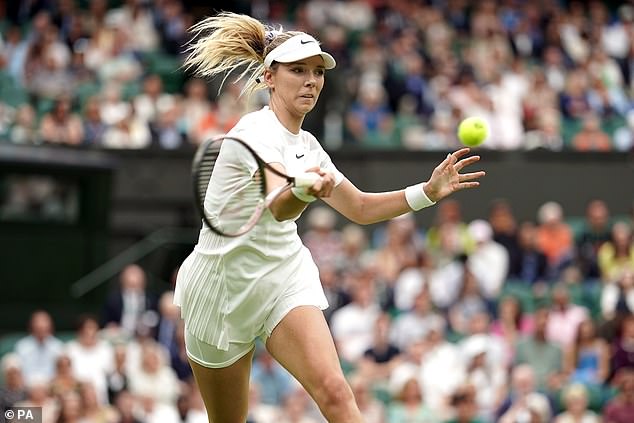 The roof was surprisingly closed for the match despite conditions being dry and play continuing on the outdoor courts.

This was the second year in a row playing on Centre for Boulter after her narrow loss to semi-finalist Aryna Sabalenka at the same stage last year.

Sabalenka’s run was ended by Pliskova, who reached her second slam final, but this has not been a good season for the Czech, who missed the Australian Open with a broken arm and has not managed to find any momentum. 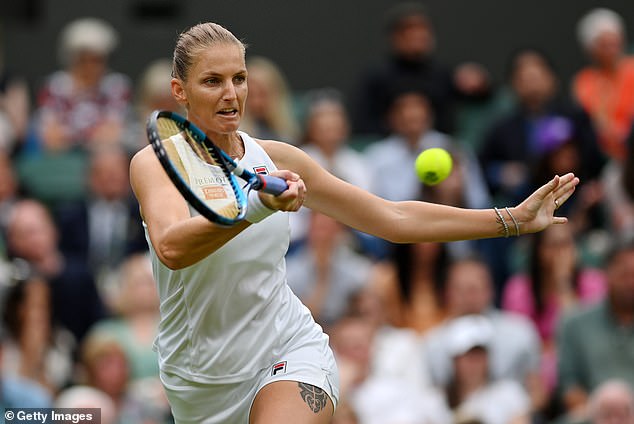 She had won back-to-back matches just twice all year prior to arriving at the All England Club and the sixth seed quickly found herself a break down as Boulter settled well and powered into a 2-0 lead.

The indoor conditions suited Pliskova, though, and she began to find rhythm on her serve and groundstrokes, reeling off five games in a row.

Boulter needed her opponent’s serve to drop a level to get back into the match and that happened early in the second as double faults gave the British player breaks for 3-1 and 4-2.

She was broken straight back both times but held firm to force a tie-break and made the perfect start by winning the first four points.

Pliskova responded with three in a row but Boulter, who had noticeably begun to go for a little bit more on her groundstrokes, kept her nose in front and claimed her second set point. 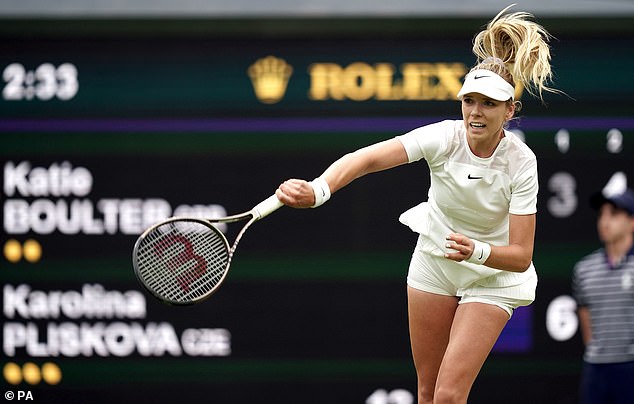 The 25-year-old’s talent has never been in doubt but staying fit consistently has so far proved impossible, which has kept her outside the top 100 for most of her career.

She had grown into this match brilliantly and kept Pliskova at arm’s length throughout the deciding set before making the crucial breakthrough to lead 5-4.

And Boulter was nerveless serving it out, planting a final volley into the open court and pumping her fists in delight.

A tearful Boulter revealed it had been an exceptionally emotional time, saying: ‘I’ve got no words, I’m literally shaking, the crowd was unbelievable.

‘My gran passed away two days ago and I’d like to dedicate this win to her. It’s a dream come true. I’ve got hopefully many more matches to play.’