Johanna Konta cruised into the third round of her home tournament in Eastbourne with a straight-sets victory over Maria Sakkari, the world No 32 from Greece.

British No 1 Konta triumphed 6-4, 7-6 in one hour and 37 minutes at the Nature Valley International.

The French Open semi-finalist is competing at her final tournament before Wimbledon and will face world No 62 Ons Jabeur of Tunisia next. 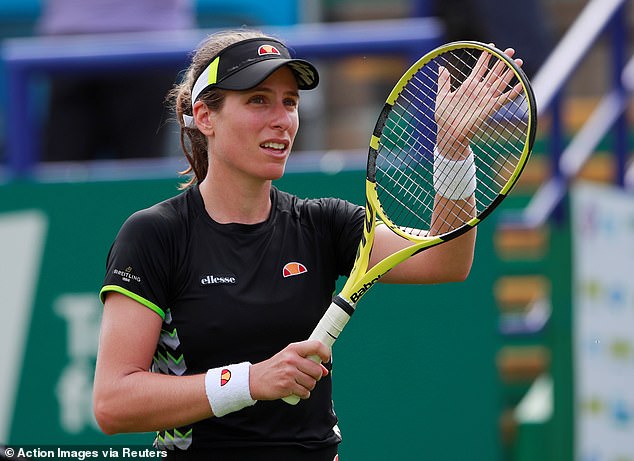 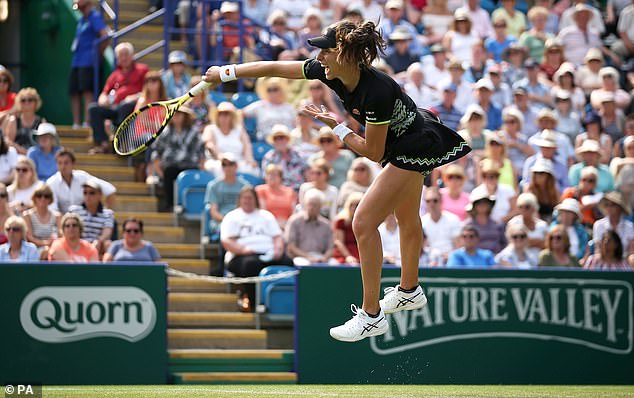 British No 1 Konta triumphed 6-4, 7-6 against Maria Sakkari of Greece on Tuesday

Konta, ranked 19, went a break up early in her match with Sakkari and eased to the first set 6-4.

In the second, she stumbled. Sakkari broke the Brit to take a 5-3 lead but when serving for the set, the Greek fluffed her lines. Konta broke back and it went to a tiebreak.

From there, Konta got to 6-4 then made no mistake with a confident cross-court forehand. Sakkari challenged but it was on the line and the Brit was through to the third round. 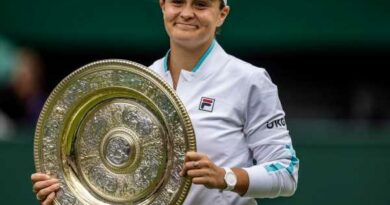