‘It doesn’t matter if she’s 14 or 40, she’s there for a reason’: Johanna Konta hopes to pop Coco Gauff’s aura during French Open first round

At 16 Coco Gauff has already built up something of an aura, and Johanna Konta will try to summarily ignore it when she faces her on Sunday in the French Open first round.

‘I’m going to be playing against the tennis that she brings, not her social media following, not her persona,’ said the British number one of her younger opponent.

‘I’m very clear on the fact that I’m going in playing another professional tennis player who is one of the best ranked in the world. It doesn’t matter if she’s 14 or 40, she’s there for a reason.’ 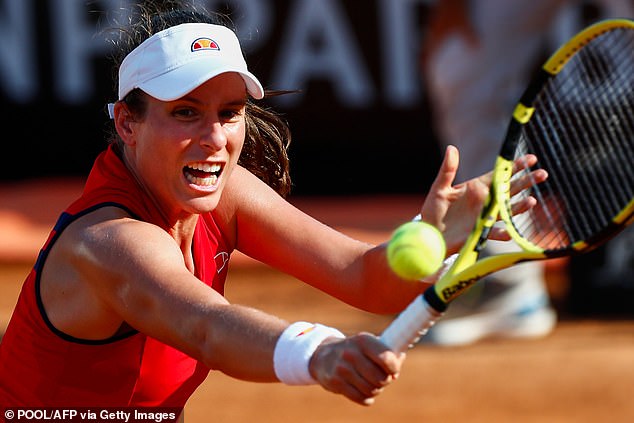 Konta is right to keep it in proportion, as Gauff has relatively little experience on European clay and has not played in the Roland Garros main draw before.

She actually lost in the second round of qualifying last year, just before her fame skyrocketed at Wimbledon, making her the most talked-about young player in the game.

Her career path has so far been the complete opposite to that of Konta, who was barely known until her early twenties, when she suddenly began to propel herself up the rankings.

‘Whenever there’s a young player that does exceptionally well, it is going to be sensationalized, it is just the nature of sport,’ said Konta.

‘I don’t know her that well, to be honest. I know she’s very mature for her age, she’s physically and mentally mature enough to deal with the demands we have on tour. Obviously she’s going to just keep getting better and better. 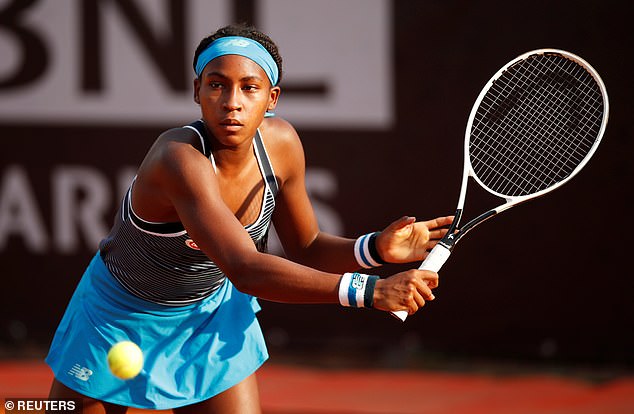 ‘It’s going to be a very good challenge for me. I’m looking forward to playing her. I can’t relate to her type of journey. I was never sensationalised as a young player. I matured quite late physically, mentally, emotionally, actually very late. My journey has been very different. But I think everyone has to deal with the challenges that come their way.’

It was in Paris last year that Konta blew a huge chance to make a first Grand Slam final, when in the semis she missed two set points to go ahead against lower-ranked Czech Marketa Vondrousova.

Her post-lockdown form has been better than results might suggest, and if she can get through this awkward encounter against the current world number 51 it would be the ideal launchpad for another run.