Nick Kyrgios has won his second ATP Tour 500 series title of the year with hard-fought victory over Daniil Medvedev in the final of the Washington Open.

Despite being troubled by a back issue during the match, Kyrgios fired 18 aces on his way to a 7-6 (8-6), 7-6 (7-4) victory over the Russian third seed – his second successive win over a top-10 opponent after his semi-final defeat of Stefanos Tsitsipas.

Kyrgios will pocket $384,120 ($A$565,565) for claiming his sixth ATP tournament success but more importantly will rise 25 spots to world No.27 when the rankings are updated on Monday – and in line for a seeding at the US Open later this month.

The Nick Kyrgios experience has been in full effect at the Washington Open after surviving going "a bit nuts" and a match point to defeat top seed Stefanos Tsitipas in a thrilling semi-final.

Kyrgios hammed it up by delivering a repaired sneaker to Tsitipas, celebrated one key shot with a shimmy and marked the final point by seeking out the advice of a fan for where to direct his serve, for the second night in row.

"I just go there and I ask them where they want me to serve. And it's two-for- two," Kyrgios said. 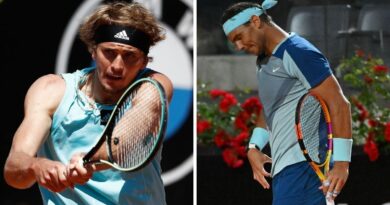