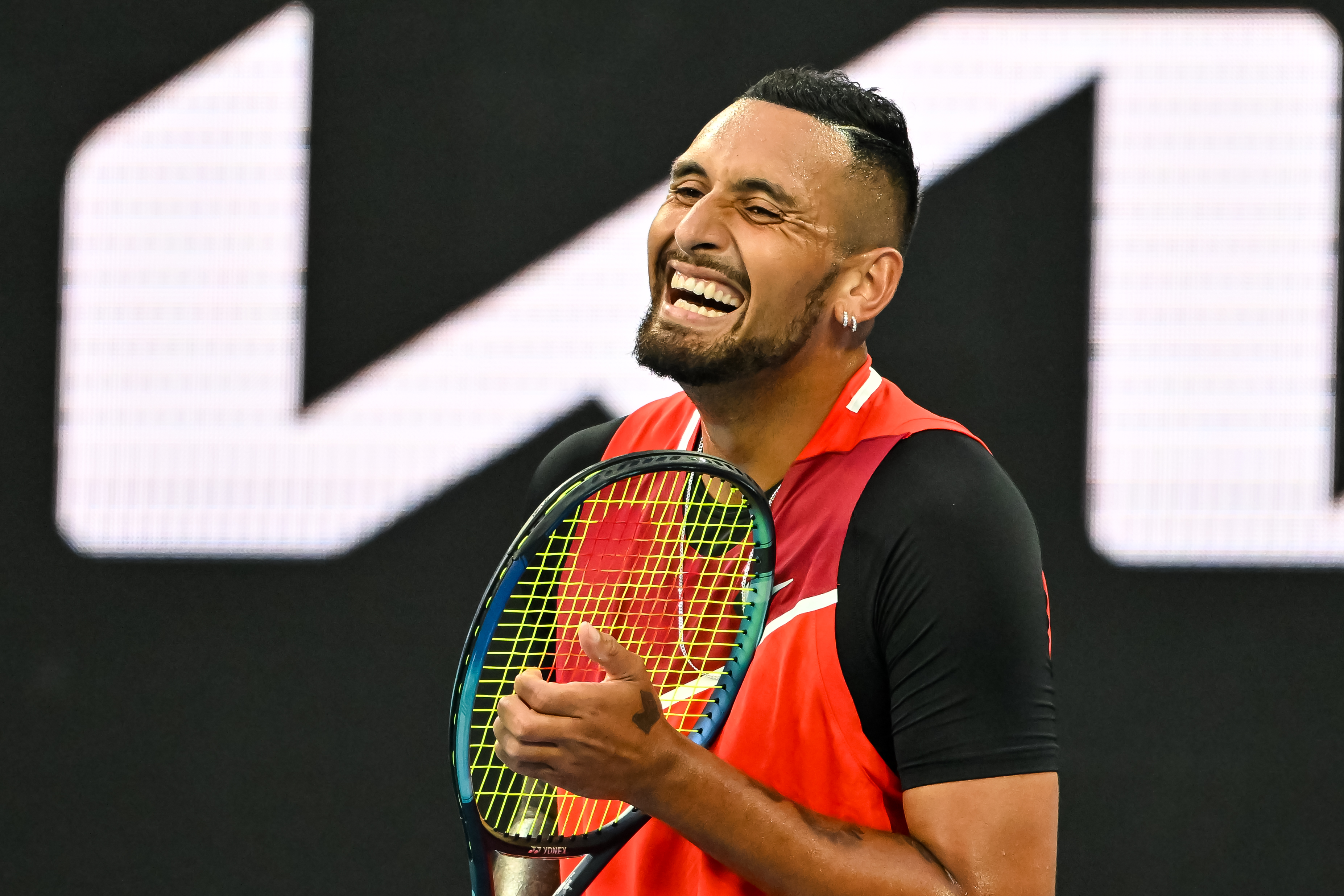 Nick Kyrgios has already delivered one of the best shots of the tournament – and he may now have just served up the best one liner too.

Kyrgios pulled off a ridiculous underam tweener serve in his first-round Australian Open win over Liam Broady on Tuesday as he put on a show for his home crowd.

The Aussie was back on court again on Wednesday, this time in the doubles tournament as he paired up with Thanasi Kokkinakis to defeat fellow countrymen Alex Bolt and James McCabe 6-4, 6-2.

Kyrgios was clearly in a relaxed mood before getting things underway on a packed Court 3 at Melbourne Park and while his antics usually leave the crowd laughing, this time he had umpire Alison Hughes cracking a smile.

Prior to the coin toss at the start of the match, Hughes asked the players: ‘Do you have any questions gentlemen?’

‘Who do you reckon does the biggest curls out of us here?’ Kyrgios replied.

‘Oh I’m not going into that,’ Hughes laughed, refusing to debate whose biceps can handle the most at the gym.

Even before then one member of the crowd jokingly asked Kyrgios if he could have his racquet and to their amazement, the 26-year-old jogged over to hand them it.

Kokkinakis and Kyrgios first teamed up at an Australian Open nine years ago in both the boys’ doubles and main draw doubles.

In that same year they teamed up to win the boys’ doubles at Wimbledon and have since played together at the 2015 and 2021 Australian Opens.

‘Playing with him is always an experience,’ Kokkinakis said ahead of their first-round match.

‘We have fun out there. We like to get the crowd going. Singles is so intense and so serious. The media hypes it.

‘It’s massive for us as well, we want to do well. Being on court with each other, we can kind of relax a little bit, kind of feed off each other. It gives us a good sort of bond.’ 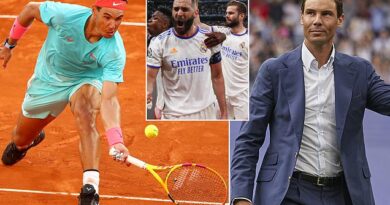 Rafael Nadal confirms he WILL attend the Champions League final

Andy Murray expects more US Open withdrawals after world No. 1 Barty pulls out