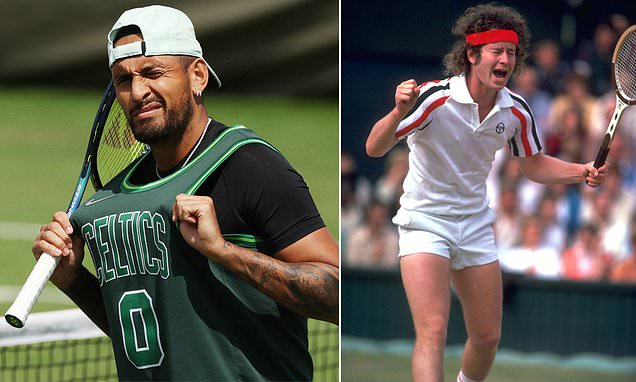 IAN HERBERT: Hyper-sensitive Nick Kyrgios takes his cue from John McEnroe, the original tennis wild child… the parallels are unmistakeable and the Aussie bad boy could benefit from spending time with the American legend

Hyper-sensitivity has been one of the most striking parts of Nick Kyrgios’s on-court unravellings these past two weeks.

Line judges’ calls and ages, a ball boy moving, a spectator coughing, a cork popping, a scoreboard flickering — all have seemed to drive the man catapulted into Sunday’s Wimbledon final to the fringes of insanity.

John Lloyd suggested at the weekend that John McEnroe’s conduct ‘wasn’t even on the same planet’, though McEnroe, the extraordinary new documentary film about the original wild child of the courts which premieres next week, suggests otherwise. 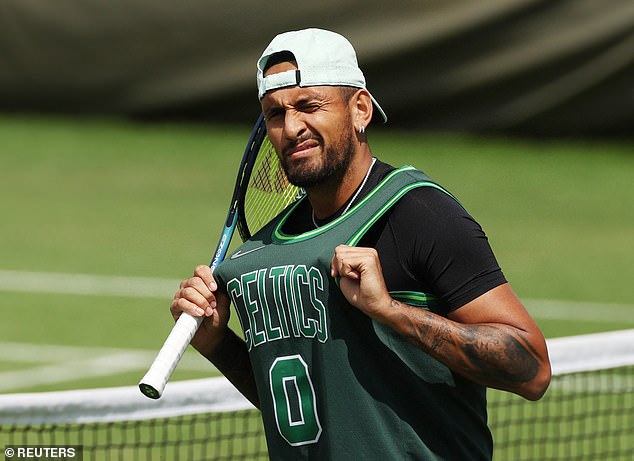 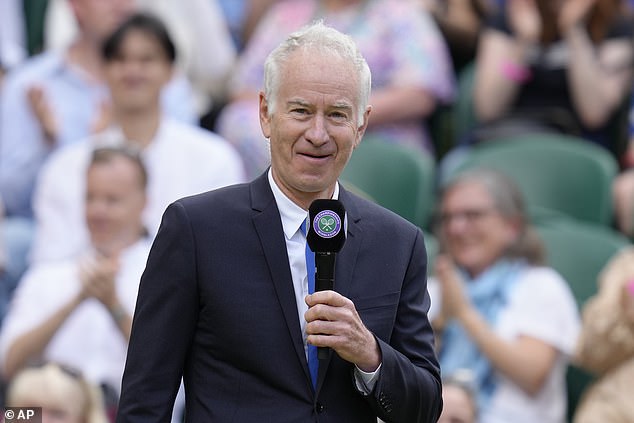 McEnroe’s reliving of his 1984 French Open final against Ivan Lendl in the 32°C heat is a graphic reminder that he has walked the path Kyrgios now treads.

‘Every time I have a nightmare, I’m back to that match,’ reflects McEnroe. ‘I’m hypersensitive to everything.’ Even a spectator slurping soda from a straw.

McEnroe was No 1 in the world, had not lost that year, yet his face is a picture of grief after he falls to the clay at one point. ‘I get up. I look back. I see myself. I have nothing. I felt like I was doomed. My anxiety — it hurt me.’

McEnroe, much like Kyrgios, was particularly prone to combustion at Wimbledon because of the perceived snobbery of what he saw to be the British Establishment. The parallels are unmistakable. He took as much delight in snubbing the winners’ ball in 1981 as Kyrgios did in leaving Centre Court in attire which was partially red, on Monday.

His conduct was perceived as symptomatic of a new crisis of morality at that time. Politicians weighed in with the same pomposity as the Wimbledon chair umpires who censured McEnroe in their clipped, estuary English. 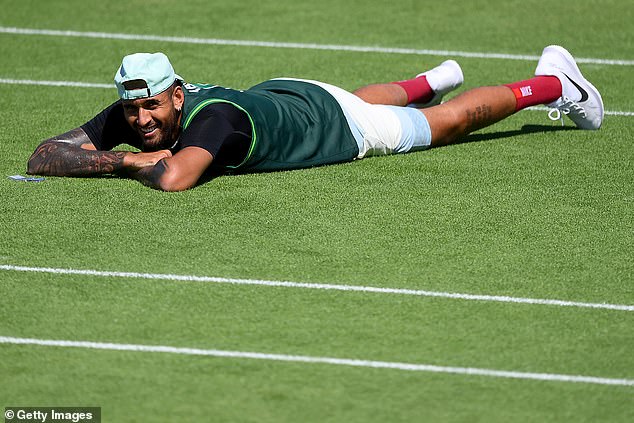 The world No. 40 has garnered a reputation for providing mid-game antics in his matches 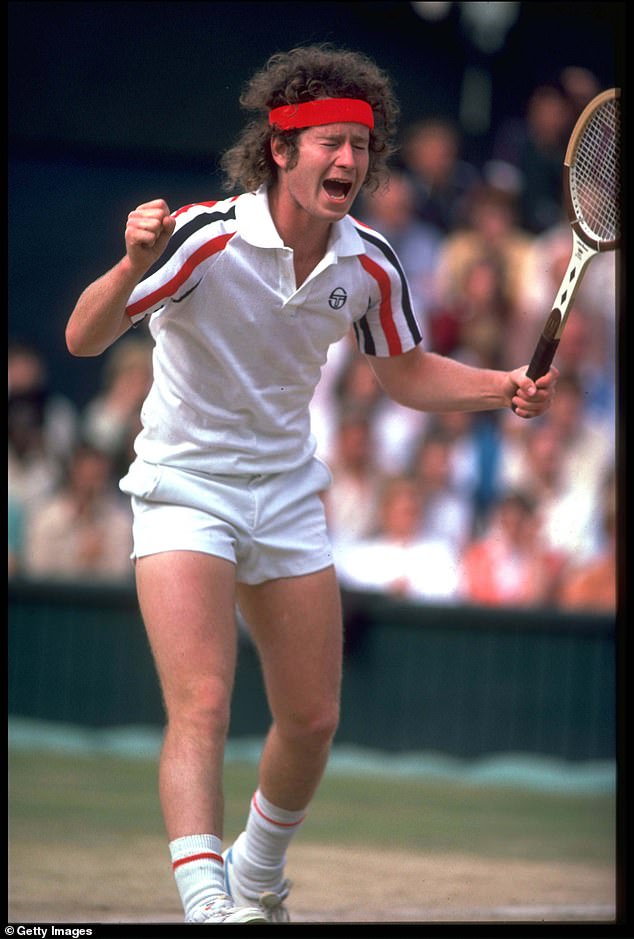 A few Australian websites wrote acidic pieces about the British press questioning Kyrgios last week, though this was nothing like the British and American journalists who squared up in the press room over McEnroe, in 1981. ‘Don’t point your finger at me,’ yells an American. The film is full of jewels like that.

Kyrgios has been guilty of excesses that McEnroe never reached, threatening umpires with what he would say about them in press conferences. Yet the violence with which McEnroe smashes up rackets is far greater.

The jocular way his notorious 1981 Wimbledon semi-final against Tim Gullikson is remembered — ‘you cannot be serious’ and ‘chalk flew up’ (which it did) — obscures the grim, noxious reality of that hot July day.

The film’s excellence resides in the way it lets McEnroe speak for himself as he wanders his old New York neighbourhood in the dark. It is a portrayal of the psychological disintegration which tennis, with the long hours of solitude and pressure, brings on. It is hard to avoid the sense he hated it. 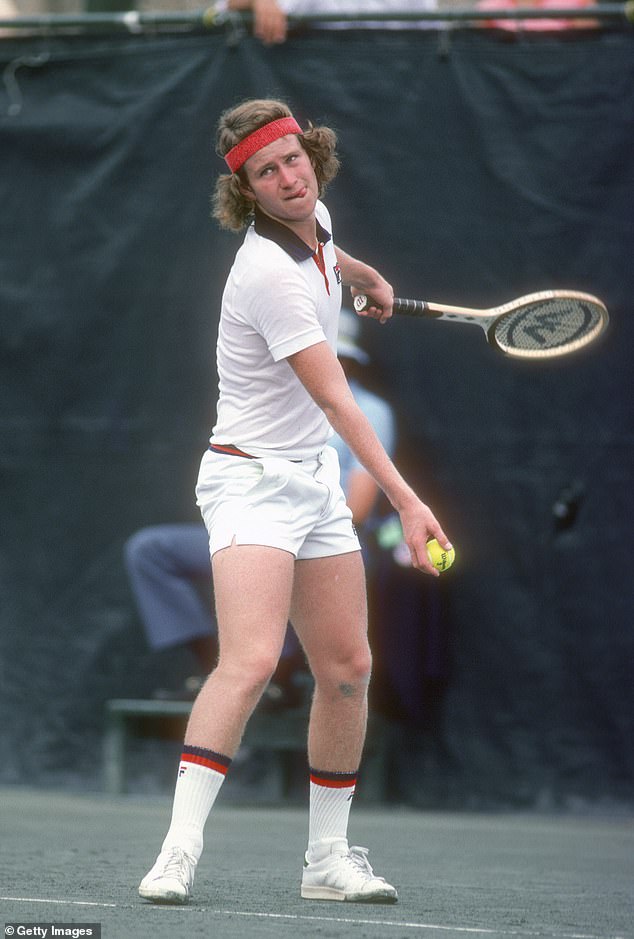 ‘I’m the No 1 player for four years. I’m the greatest player that ever played. So why do I not feel that amazing?’ he asks. ‘I just don’t think it was a very happy existence.’

It is a measure of changing times that Wimbledon spectators booed him, while many now cheer Kyrgios through the abuse he dishes out. But McEnroe had something that Kyrgios lacks: friendships among some of his rivals which kept him on the right side of sanity.

First Vitas Gerulaitis, with whom he played hard and partied hard. And then, most improbably, Bjorn Borg, who at the age of 26 walked away from the court when McEnroe beat him in the 1981 US Open final. He did not wait for the victory ceremony and never played a Grand Slam again.

‘Tennis is a very lonely sport,’ Borg tells the filmmakers. ‘It always has been and it is always going to be. When you walk on that court it is only you. John and I connected.’

That kind of relationship does not exist in the environment that elite sport has become. McEnroe departed abruptly, too. After winning a fourth US Open in 1984, he took a sabbatical and never won another Grand Slam. He was devastated by the death of Gerulaitis, at the age of 40, in 1994. 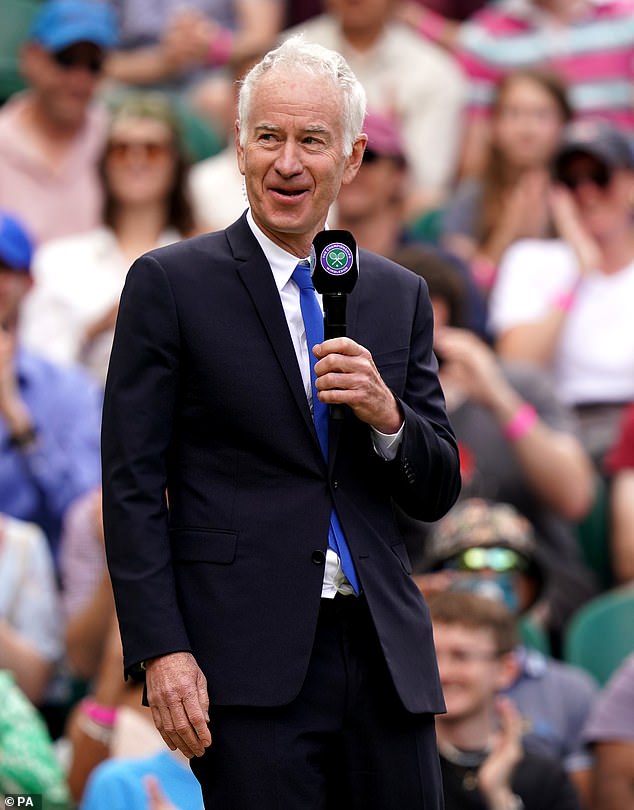 He is older, wiser, supremely articulate and the individual whom the deeply complicated Kyrgios, who also seems to possess so little residual joy, would benefit from substantial time with.

McEnroe, who has worked with the Australian as captain of the world team that faces Europe in the Laver Cup, seems to feel a lack of effort, as well as a mental complexity, is a problem.

‘Between his ears — that’s what’s missing,’ he said of Kyrgios earlier this year. ‘I would say tennis-wise, he is the most talented player I’ve seen in the last 10 years. But you have to bring what it takes to compete day to day.’

History tells us putting in a command performance in the final, whether it is Novak Djokovic or Cameron Norrie whom he meets there, could radically change perceptions of Kyrgios. McEnroe lost dramatically to Borg in the epic 1980 five-set final, though he emerged a winner in more profound ways.

‘John became a different person in the media’s eyes,’ reflects Borg. ‘They respected him so much more. He deserved that.’

McEnroe is released in cinemas on Friday July 15 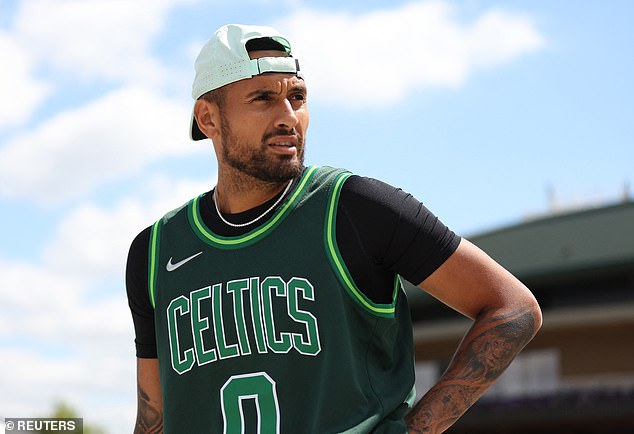 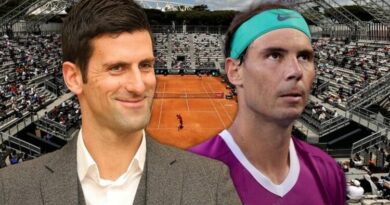 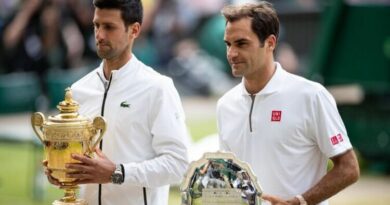 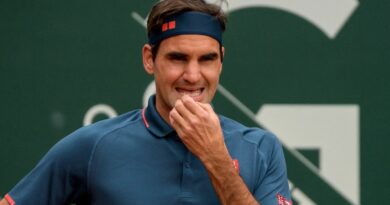