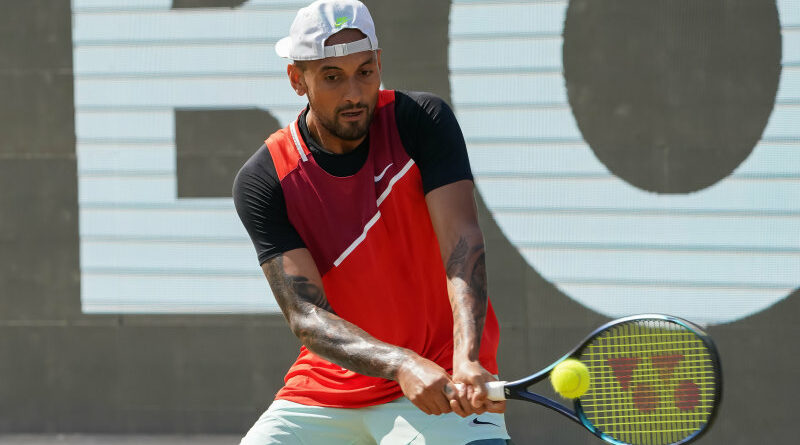 London: The latest assault from Nick Kyrgios on the Wimbledon title will begin with a first-round assignment against British wildcard Paul Jubb.

Having declared his peerless grasscourt status while leading players were grafting on the clay swing last month, unseeded Kyrgios, 27, shapes as one of the significant dangerous floaters in the men’s field already without world No.1 Daniil Medvedev due to the All-England Club’s ban on Russian and Belarusian players. 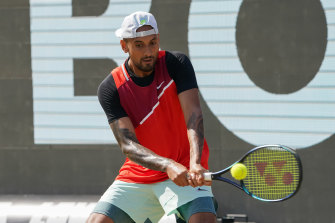 But instead of being drawn against a player entrenched in the world’s top 30 in the first round, the Canberran faces the 219th-ranked Jubb, five years his junior.

On the whole it was a kind draw for the Australian men’s contingent, boosted after Max Purcell and Jason Kuber qualified.

AUSSIE MEN AT WIMBLEDON: FIRST ROUND

With the men’s field missing Medvedev and world No. 2 Alexander Zverev due to an ankle injury, defending champion Novak Djokovic has been thrust back into the customary spot of top seed, but the Serbian, a quarter-finalist at last month’s French Open, is unable to defend the 2000 rankings points won last year.

This year’s championships are notable for their rankings-free status after the ATP and WTA playing bodies withdrew the ability to win rankings points in response to Wimbledon’s ban on all players with Russian and Belarussian nationality.

Djokovic, who narrowly missed securing the sport’s grand slam last year, is preparing for what is likely to be only his second major of 2022. He famously missed January’s Australian Open after a visa saga with the Australian government stemming from his decision to not get vaccinated against COVID-19.

The US Open has indicated that mandatory vaccination will be a requirement to play in the hardcourt major in New York.

At Wimbledon, six-time winner Djokovic is on track for a semi-final against Roland Garros runner-up Casper Rudd, while Rafael Nadal is projected to meet Greece’s Stefanos Tsitsipas in the final four.

All eyes will be on the legendary Serena Williams, awarded a wildcard this year, and whether the 40-year-old can make a legitimate shot at another major title.

Australia’s women’s contingent in London has been boosted after an impressive run in qualifying, with Astra Sharma, Maddison Inglis, Zoe Hives and Jaimee Fourlis among the players to reach the main draw.

Wildcard Daria Saville, who reached the third round at Roland Garros, is drawn against Viktoriya Tomova of Bulgaria.

AUSSIE WOMEN AT WIMBLEDON: FIRST ROUND

Australia’s Thanasi Kokkinakis meets Poland’s Kamil Majchrzak first up but a potential second-round booking with Djokovic looms ominous for the world No. 82.

Dan Evans qualifies for the main draw of the Rogers Cup