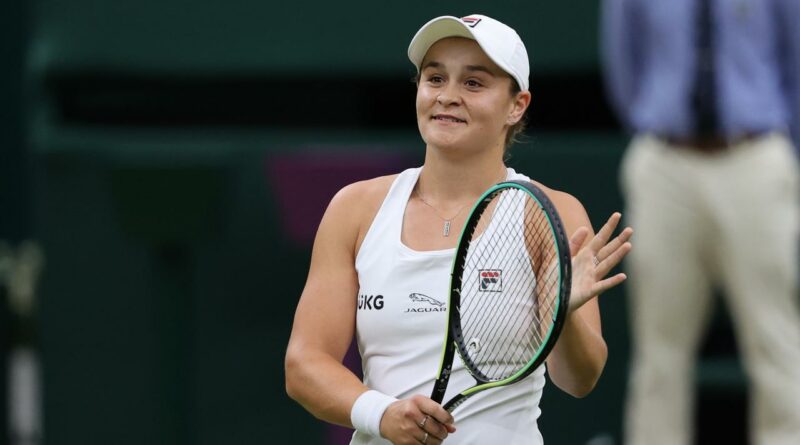 One is motivated by a significant anniversary, another rediscovered the grass is definitely greener for her form, a third is driven on by “brutal” critics and the fourth, the girl with a tiger tattoo, finds herself in unknown Grand Slam territory.

The stage is set for the women’s Wimbledon semi-finals with three of the contenders new to the experience.

Headline names such as 2019 champion Simona Halep, four-time Grand Slam winner Naomi Osaka and seven-time Wimbledon champion Serena Williams are missing but there is the present world No. 1 and two former No. 1s in the last four.

Ash Barty’s clash with Angelique Kerber would be fit for a final, pitching the top seed against the 2018 Wimbledon champion.

The other semi is an intriguing duel between former world No. 1 Karolina Pliskova and the powerful second seed from Belarus, Aryna Sabalenka.

Barty is motivated by a higher purpose. For it is 50 years ago her fellow Indigenous Australian Evonne Goolagong Cawley won the first of her two Wimbledon titles.

Barty has worn a specially-designed dress as a tribute to the ‘iconic’ scallop one her “friend and mentor” wore in that 1971 final.

“It’s a really special anniversary for a lot of Australians, but for Indigenous Australians in particular,” said Barty at the outset of her not always convincing campaign.

“I think this is a really special one.”

Barty’s serve has been found wanting at pivotal moments — even her quarter-final opponent Ajla Tomljanovic broke her twice in their second set — but she believes her form is coming together.

“I think obviously play on grass is very different,” she said after her quarter-final. “The grass season for me, it’s one tournament, pretty cut-throat.

“I certainly wasn’t as loose as I have been with errors and kind of ill-timed lapses. But I felt really sharp today.”

Barty, though, knows she will have to move up a gear if she is to see off Kerber.

The 33-year-old German has bounced back to top form after first round exits at both the Australian and French Open.

“I know one of Angie’s greatest assets is the fact that she can run and hunt and put the ball in an awkward situation to nullify my aggression and my weapons at times,” said Barty.

Kerber, 33, has improved as the Championships have progressed, from earning a five minute standing ovation for her three hour marathon with second round opponent Sara Sorribes Tormo.

The 25th seed has gone on to impressive wins over higher-seeded duo Coco Gauff and then Karolina Muchova.

“I have always in my career had some ups and downs but I was always believing I could come back because I know what I can do,” said Kerber. 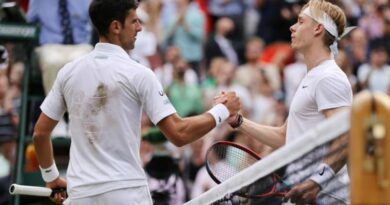 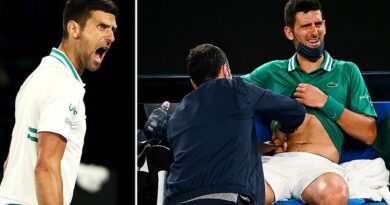