Home » Major upset in French Open as former No. 1 exits 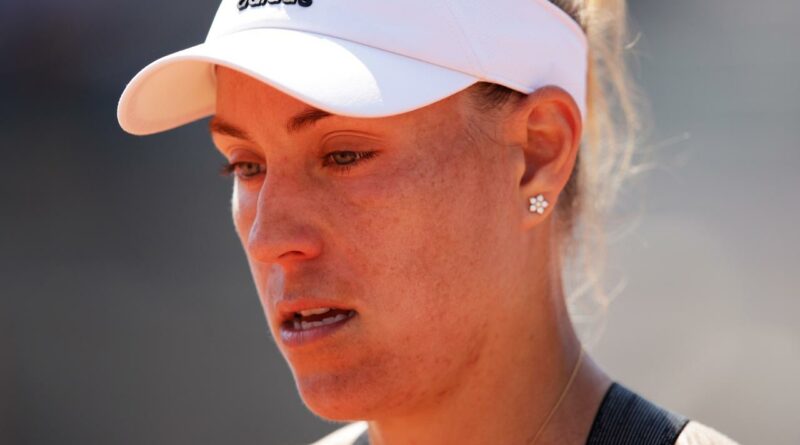 Former world No. 1 Angelique Kerber has been knocked out of the French Open, defeated in straight sets 6-2, 6-4 by Ukrainian qualifier Anhelina Kalinina on Sunday.

It represents a major fall from grace for the German, who hasn’t made it past the 4th round of a grand slam since winning Wimbledon in 2018.

World No. 102 Kalinina equals her previous best grand slam record of making it to the second round, which she previously accomplished at the 2018 US Open as a 21-year-old.

Kerber has not made it past the quarterfinal at the French Open, a feat last accomplished in 2018.

The world No. 26 had a horrid day with her serve, dishing up four double faults and not a single ace to boot.

Elsewhere around Roland Garros, Australian Ajla Tomljanovic booked her spot in the second round with a 6-2, 6-4 win over Ukranian Kateryna Kozlova.

Similarly to Kerber, Tomljanovic had a tough time with her serve, mustering up six double faults.

However, a 70 per cent win rate on her first serve, along with breaking her opponent six times, helped the Aussie on her way to a straight sets victory.

Tomljanovic is the first Aussie into the second round at Roland Garros. (Photo by Clive Brunskill/Getty Images)Source:Getty Images

Tomljanovic will face the winner of No. 31 seed Anastasia Pavlyuchenkova and American Christina McHale.

The Japanese world No. 2 struggled with her break point opportunities, converting only two from 10.

But Osaka was clinical as she won 89 per cent of points from her first serves.

She has come under fire over her decision to not participate in any media duties throughout the French Open, with Australian Ash Barty and Rafael Nadal weighing in on the debate.

French Open organisers also took a thinly-veiled swipe at Osaka with a social media post that was quickly deleted.

Ash Barty will take to the court against American Bernarda Pera on June 1 as she looks to equal her feats of 2019 when she won the French Open.