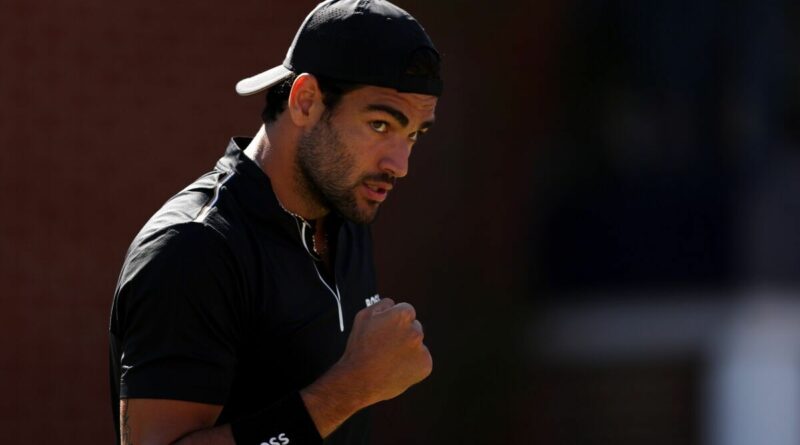 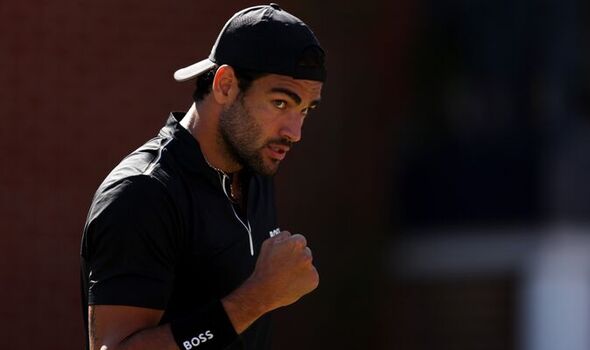 Matteo Berrettini got off to a winning start at the Queen’s Club as he defeated home hope Dan Evans 6-3 6-3 in an hour and 36 minutes in what was a rematch of last year’s quarter-final. Berrettini is the defending champion at Queen’s and will be hoping to defend his 500 ranking points from winning the title last year after blasting the ATP for removing the points on offer at Wimbledon, meaning his ranking will take a blow as last year’s runner-up with 1,200 points being removed from his tally next month.

Berrettini and Evans were facing off for the second time, a year after their first meeting in the quarter-finals of the cinch Championships, where the Italian won 7-6(5) 6-3. Both are fresh off of title wins on the grass, with the second seed lifting the Stuttgart trophy in his first tournament in three months last week while the Brit won the Nottingham Challenger.

Evans went into the tough first-round clash hoping it was a “match of small margins” and got his wish in the first seven games of the match, before the defending champion earned himself two break points and took the second to serve for the opener at 5-3. The world No 31 fought back to set up two of his own break points but Berrettini saved both to close out a 6-3 set in 36 minutes.

He carried his momentum into the second set, breaking the Evans serve once again and holding on to make it five successive games won. He was able to save a break point to hold into his lead for 3-1 but was dragged into a lengthy game while leading 4-3, saving three break points to put himself within a game of the match.

JUST IN: Peniston pulls off Ruud upset at Queen’s as Wimbledon wildcard given

With Evans leading 40-15 on his own serve, the world No 10 got himself to deuce and eventually set up three match points, all saved by the British No 2. But the 32-year-old was unable to save the fourth and final match point as Berrettini broke the Evans serve to seal a 6-3 6-3 victory.

Berrettini is under pressure to perform well and Queen’s and defend his 500 ranking points from winning the title last year. The Italian is one of the players who will suffer the most from the ATP’s decision to strip Wimbledon of its points as last year’s runner-up, meaning he will lose 1,200 of his 3,570 points and see his ranking take a hit.

The world No 10 can only defend and not add onto his tally this week, and has slammed the ATP for their decision to get rid of all points on offer at The Championships this year as well as removing last year’s from the rankings. “In my specific case it’s really complicated because I played well last year on grass and it doesn’t matter how well I’m gonna play this year, my ranking is gonna drop. So I think the thing is not really fair,” he said on Monday.

The defending champion will next face either his compatriot Lorenzo Sonego or lucky loser Denis Kudla, who took Andy Murray’s place in the draw when he was forced to pull out injured. 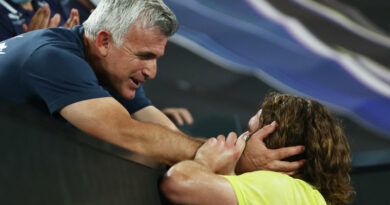 A near drowning, a family bond, artistic flair: The forces behind Tsitsipas 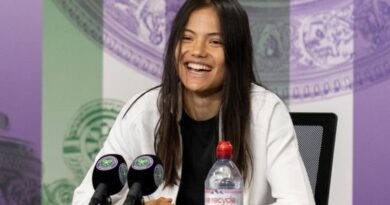 ‘No one is immune’: How Open success, wave of support inspired Kyrgios’ depression revelations