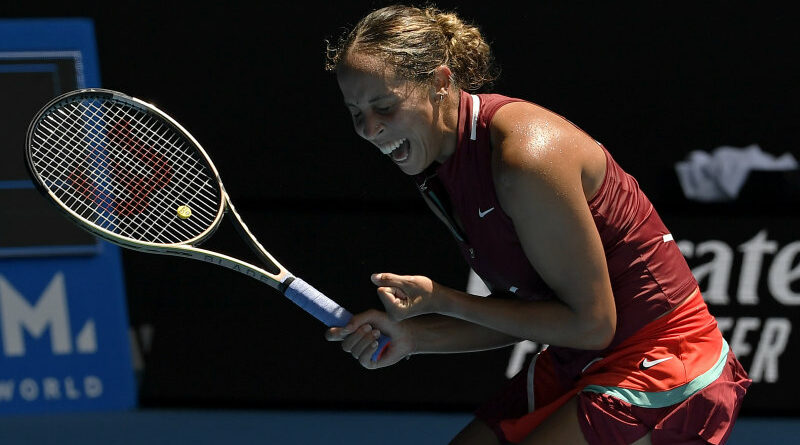 Madison Keys used to hit every tennis ball that came at her as hard as she could. Every ball was a chance to be a winner. She played tennis like climbing mountains, she hit them hard because they were there to be hit.

Now she has realised that not every ball needs to be crushed, not every point won in a single shot. She is like the bowler who understands setting a batter up to take a wicket not just bowling glory balls every ball. 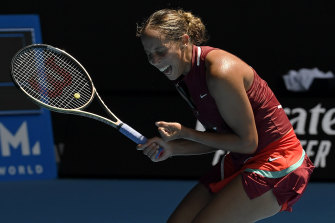 Madison Keys celebrates after defeating Barbora Krejcikova in their quarter-final.Credit:AP

After she won through to the semi-finals of the Australian Open with a straight-sets win over fourth seed Barbora Krejcikova in stifling heat 6-3, 6-2 she acknowledged it was one of the differences – a Keys difference? – between the Keys of 2022 and the player who was runner-up in the 2017 US Open and a semi-finalist here seven years ago.

“I’ve been working on it a lot. As you said, it’s not something that I used to necessarily do in the past. Really, I’m just trying to be a lot more measured and just playing within myself a little bit more, not necessarily trying to hit a winner on that ball, just constantly trying to set the point up to get to the net to try to finish off on even the next ball. If it happens to be a winner, then it happens to be a winner,” she said. 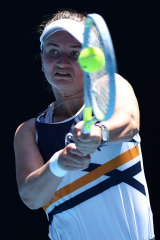 The change has not just been a tactical one but a mental one. After last year being a wipe-out for her, she has taken a re-set mentally and takes a more measured approach.

“I honestly feel pretty neutral, to be completely honest with you. I have gone into every match thinking I can absolutely win any match that I’m out on the court. I will say it’s been kind of nice to be the underdog for the first time in a long time.

“It’s really just not even in my head about winning and losing. It’s really just going out, competing, trying to do what the game plan is. If that’s not working going to Plan B. The rest is kind of not even getting into my brain.”

She extended that idea of not getting ahead of herself even when it was tempting to do so as she could sense Krejcikova was struggling. The Czech player needed a medical time-out to deal with the heat and an underlying medical problem.

The French Open champion was in trouble with the temperature and with Keys and the scoreline. Krejcikova began slowing down the game between points and trying to speed it up in points, going for bigger shots, winners and volleys at the net. 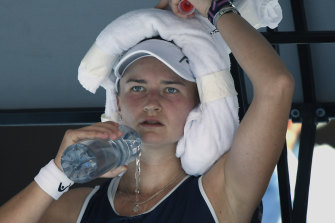 “I really don’t know if I want to talk about it because, I mean, I just really don’t want to take the victory from Madison,” Krejcikova said after when asked about her physical condition in the match.

She said it was not the same problem that affected her at the US Open.

“Today it was the heat with some physical conditions that started to bother me during after five games. I mean, from there on, you know, I just couldn’t put it together.

“Just still I didn’t want to end it up. I wanted to finish match. I wanted to try to do my best. Yeah, I wasn’t really able to do that. Still, I think it’s a really good experience and I can learn a lot from it.”

Watch all the action from Melbourne Park on Nine, 9Gem, and 9Now. 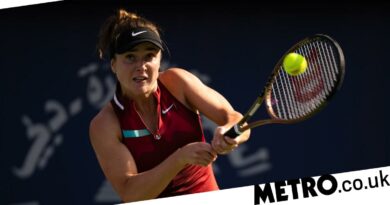