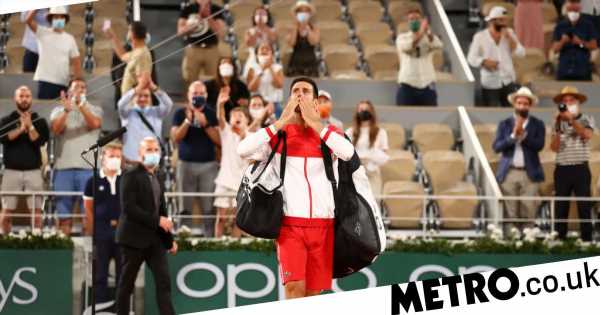 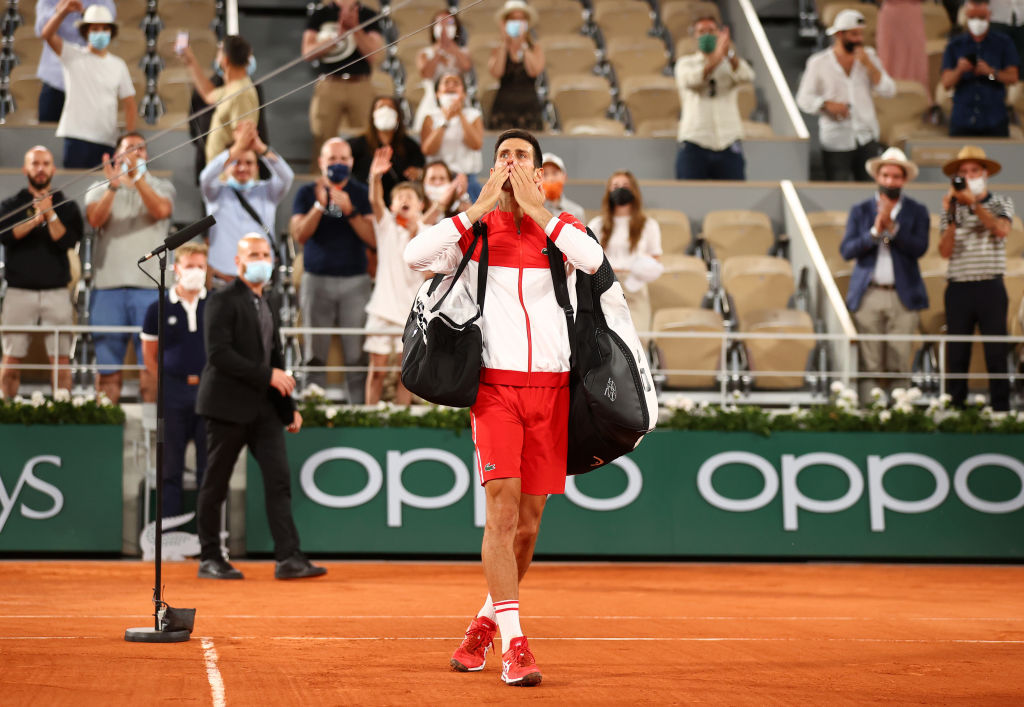 While Novak Djokovic and Rafael Nadal were playing one of the most remarkable matches in French Open history, a fascinating sideshow was unfolding.

Djokovic defeated Nadal in a four-set thriller, ending Nadal’s run of 26 wins in the semi-finals and beyond on the clay courts of Paris, to book his spot in the final against Stefanos Tsitsipas.

It was a match full of twists and turns, particularly in a thrilling 92-minute third set.

The atmosphere was buzzing but it looked as if the match would end in front of an empty stadium, as was the case in Djokovic’s quarter-final win over Matteo Berrettini.

In that match, Djokovic and his Italian opponent had to leave the court while fans were ejected due to the 11pm curfew currently active in Paris.

But before the clock struck 11pm on Friday night, with the match on a knife edge, French supporters were left delirious after the authorities announced they could stay beyond the curfew to watch the end of the match.

Nadal added: ‘Have been amazing, the support, no? I can’t thank enough the feelings. I have been super tired some moments, but the crowd gave me some energy to keep going, no?

‘Yeah, it’s super emotional for me to feel the love of the people in the most important place of my tennis career, without a doubt. So thanks a lot to them.’