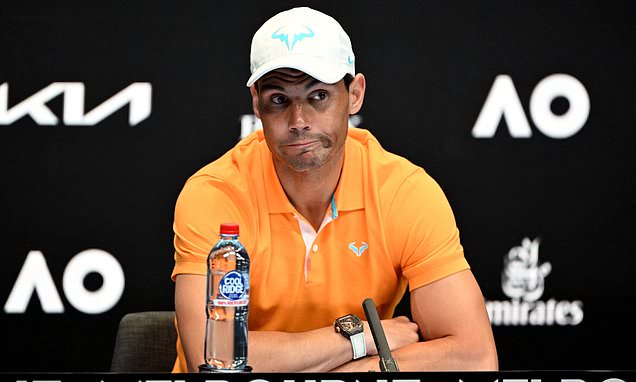 It will be tough to beat Jack. I’m losing more than usual… Nadal fears British youngster Draper ahead of first round match at the Australian Open, but is he bluffing?

Rafael Nadal admits that he will be vulnerable going into his Australian Open first round — against the British youngster who once so idolised him that he used to wear his outfits.

Jack Draper, 21, flew into Melbourne from Adelaide yesterday to find himself the talk of the tournament, amid expectation he will cause problems for a defending champion who has precious little form.

Nadal, as he often does prior to Grand Slams, is not talking up his chances. Sometimes this is purely a bluff, but the facts tend to back him up on this occasion. 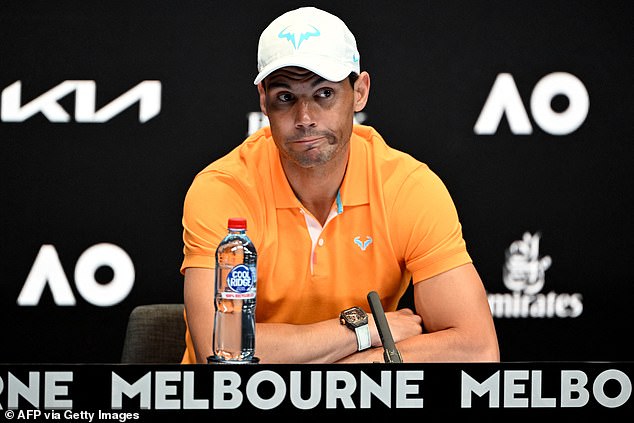 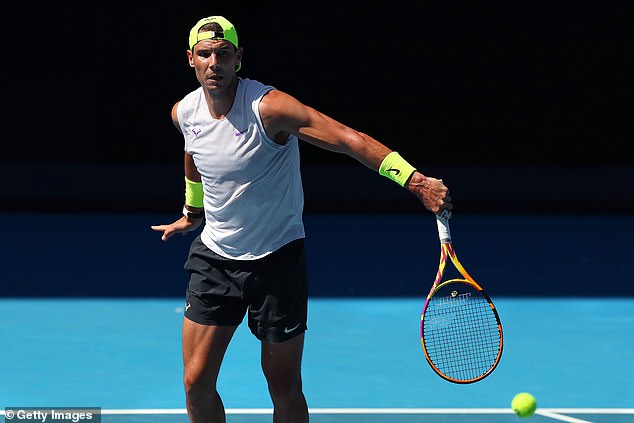 The former world number one and four-time champion has lost six of his last seven matches, dating back to the US Open 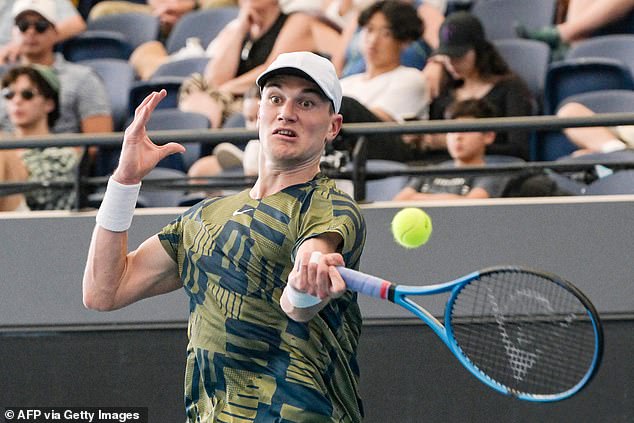 He has lost six of his last seven matches going back to the US Open in September, and at 36 even the Spanish legend cannot defeat the passage of time forever.

‘It’s probably one of the toughest first rounds possible,’ said Nadal. ‘He’s young, powerful, going very fast up the rankings, playing well. He has a lot of positive things, and probably a great career in front of him.

‘I need to build again confidence with victories. It’s true that I have been losing more than usual.’ 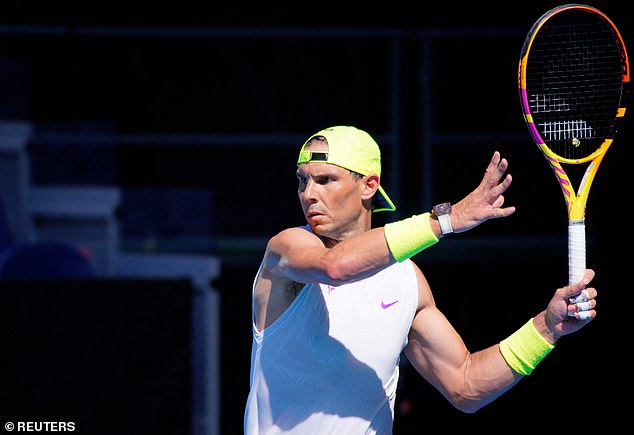 Yet before anyone sets their alarm for around 3.30am in the UK anticipating a great upset, expectations need to be tempered.

Nadal is among the greatest five-set players of all time, and has been through all this before. His career has been marked by an extraordinary ability to bring himself to the boil when he most needs to.

There was the ominous hint of that when he added: ‘I already have been here three weeks, practising every day in the conditions, with the best players. That helps a lot in general terms. I don’t know what can happen on Monday, but my personal feeling, without a doubt, is better now than three weeks ago.’

For Draper it is all largely new, arriving into the maelstrom after the relative calm of making the semi-finals at the regular tour stop in Adelaide.

He said: ‘When I was younger I had the sleeveless top, on my head the bandana, all the latest Grand Slam clothes. There’s no denying Rafa’s an iconic player and what he’s done within the game is incredible.

‘So to go out there and play him on Monday, I was thinking on the plane over I’ve come a long way myself. But I’ve got to put it out of my mind and try and do the best I can.’ 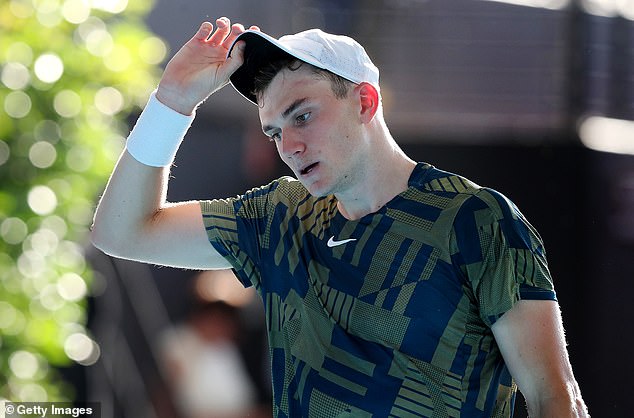 Draper, 21, flew into Melbourne from Adelaide to find himself the talk of the tournament 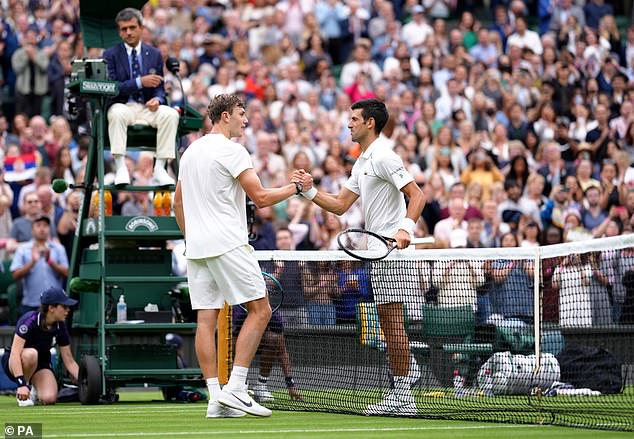 He has experience in big games, having faced Novak Djokovic in 2021 at Wimbledon

In his favour is the experience of facing Novak Djokovic on Wimbledon’s Centre Court in 2021 as a teenager in the first round, when the British lefty took the first set.

‘Maybe then I was ranked about 260 in the world. I was kind of thrown into that one-off match and had barely played all year. This time it feels different because I’ve been on the tour for six months.

The other GB men in action on Monday are Cam Norrie and the returning Kyle Edmund, who has a toughie against Jannik Sinner.