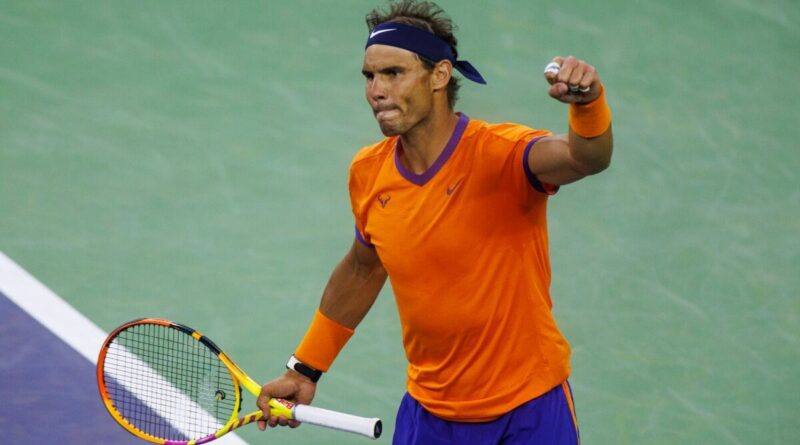 Naomi Osaka has given Spanish tennis hero Rafael Nadal a huge compliment ahead of her Madrid Open clash against Anastasia Potapova claiming that “every kid” has pretended to be the ‘King of Clay’ at least once in their lives.

Nadal has won a superb 13 French Open titles from just 17 entries, including a run from 2010 to 2020 where he failed to win in just two tournaments. The Spaniard recently claimed his 21st Grand Slam title, edging ahead of legend Roger Federer and tennis stalwart Novak Djokovic as he broke the record for the Major titles won in history with victory in the Australian Open in January.

With the Madrid Open on the horizon, it was hoped that the star would show his credentials in his home nation after becoming the most successful tennis player of all-time in Melbourne. But unfortunately for the Mallorca-born talent, it was unsure as to where he would be showing his clay prowess in his home nation after picking up an injury at the Indian Wells ATP tournament at the start of March.

Yet after returning, fans are more than excited to potentially see their star return to the court after over a month away from the action. And it isn’t just fans that are anticipating his return – with Japanese star Osaka also looking forward to seeing Nadal play on clay.

“I know that every kid growing up playing tennis in the world has pretended to be Nadal at least once,” Osaka admitted. “[Can you] Imagine? I’ve actually been warming up kind of left-handed but I don’t think that’s a skill that’s going to show itself anytime soon.

“It’s just like for technical reasons. If I hit left-handed forehands, it’s easier to hit a backhand if that makes sense.” Osaka has suffered a relatively tough time since her Australian Open final win vs Jennifer Brady over a year ago.

Since the victory, which saw her win her fourth Grand Slam title in just two-and-a-half-years, third round exits at the US Open and Australian Open this year have been her best results since. With Osaka likely to play with no pressure in Madrid ahead of the Grand Slam clay tournament at Roland Garros, the tournament is more about enjoyment for the time being.

“Of course winning matches and leading up into the French, I want to get to the semis of either here or Rome, hopefully win. But I’m going to set a little goal first.”

Why teenager Cori Gauff has a realistic shot of winning Wimbledon