Home » Tennis » Naomi Osaka’s rapper boyfriend: Who is Cordae and how did they meet? 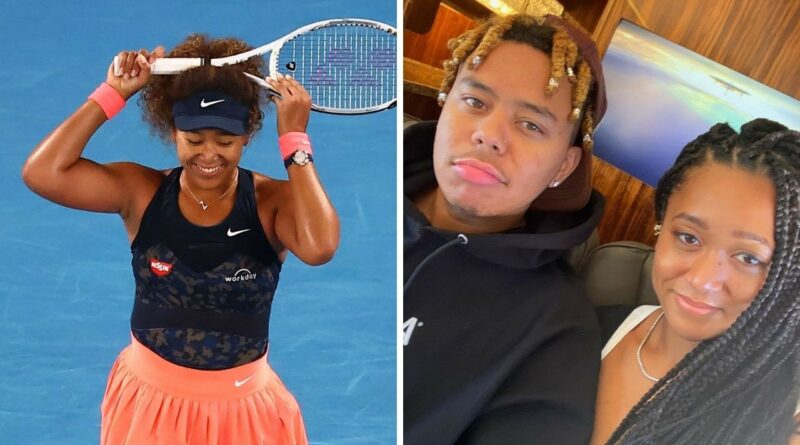 He wasn’t in the stands cheering boisterously this time, but Naomi Osaka’s boyfriend Cordae was still quick to congratulate the Australian Open winner after her victory on Saturday night.

Cordae flew to New York to be with Osaka at last year’s US Open because she was playing a big tournament without her dad by her side for the first time.

She labelled it the most romantic thing he’d ever done for her and he caught the attention of broadcasters with his passionate reaction to her second title at Flushing Meadows.

He’s become the now four-time grand slam winner’s biggest fan after previously not knowing much about tennis before they started dating.

“It’s not my sport,” the rapper, born Cordae Amari Dunston, told GQ. “If you asked me about tennis, before being immersed in it because of Naomi, I could only give you Venus and Serena Williams, you know? Because they’re just a part of the culture.”

Cordae admitted he “felt really out of place” when he first started attending grand slams.

“I don’t know if I ever told Naomi this or not, but I felt really out of place. Like, that was my first time being in an environment like that in my entire life,” he told GQ. “My elementary school, middle school, high school was 99.9 per cent Black. Kids who look like me. It just felt really weird for me being in that space.”

The couple’s first date was more Cordae’s scene as they attended a Los Angeles Clippers game. But he left Osaka thinking he was clumsy after he knocked over a glass.

They went through a period of adjustment in their early days, Osaka says.

“I start super early in the morning, and then I end late afternoon. But I feel like for him everything starts at night. So it was kind of hard to adjust to that in the beginning. But when I did, I felt pretty comfortable,” she told the mag.

Cordae, who was a member of the now disbanded rap group YBN and rose to fame by releasing remixes of songs such as “My Name Is” by Eminem, shares Osaka’s activist ideals, making them a perfect match.

“I can’t really be with someone who doesn’t have any substance or doesn’t act or think on the same frequency and wavelength as I do,” he says. “Like, you know, Naomi was born in Japan. So she has a very worldly perspective. My perspective has always been being a young Black man in America. But she thinks more worldly. I’ve only been travelling the world the last two years. We’d be recommending each other books and movies all the time. So, you know, just always feeding the brain.”

The pair are both 23 and Osaka got sentimental on Instagram on Cordae’s birthday last August.

“I always feel so lucky to be in your life and to be continuously learning from you. I’m so grateful that I can talk to you about anything and ask for advice (cause you know I need all the help I can get lol),” she wrote.