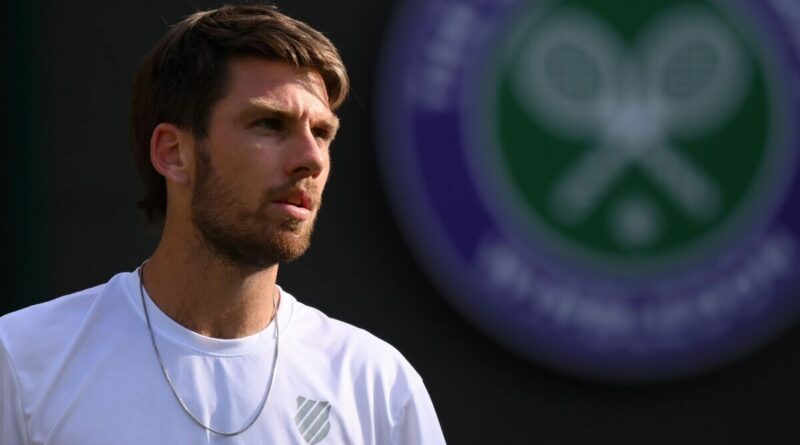 Cameron Norrie has been told that there are two ways in which he can improve after his defeat to Novak Djokovic in the Wimbledon semi-final on Friday afternoon. Norrie has been labelled “nasty to play against” with the Briton’s game coming on leaps and bounds of late.

The South Africa-born British No 1 took the first set 6-2 against Djokovic but after a close start to the second set in which the scores were level at 3-3, the Serbian edged ahead to win it 6-3 and draw level in the match. Djokovic’s experience, quality and relentlessness showed once more as he resoundingly took the final two sets 6-2, 6-4 to secure a 32nd major final.

Norrie was lauded for his efforts in what was his first ever Grand Slam semi-final, with many tipping the 26-year-old to reach the latter stages of Wimbledon again next year. And ex-British ace John Lloyd has praised Norrie for his efforts against arguably the world’s best player on grass and highlighted the need for Norrie to improve on his serve and power in his overall game.

“First set he [Djokovic] was getting dominated by Norrie, then he goes off for a break and after that he was brilliant,” Lloyd said on BBC Breakfast. “Norrie I have to say, I remember doing the TV when he played his debut at the Davis Cup a few years back and I described it as the best Davis Cup debut in history when he beat [Robert] Bautista Agut. 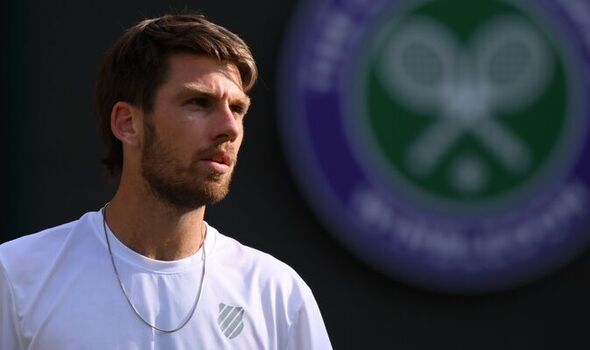 “If you told me he’d be in the semi-final of Wimbledon three years later, I’d have said quite frankly: ‘You’re nuts!’ But he’s done it, the preparation he goes through, the mental strength he’s got, the attitude, the resilience.

“He’s one of the big guns now, he wasn’t overawed at all and took on Djokovic and was playing brilliantly. The great Novak who we all know came back but what an effort from Cam. I think there’s things he can improve, Cam Norrie. He can improve a little more on his serve, get a bit more power and more power in little aspects of his game. There’s ways he can improve for me.

“Look at the way he’s come through. All the players respect him because he’s nasty to play against with that big topspin forehand and that little backhand where it’s flat and comes just over the net. Plus he’s probably the fittest guy out there. For me he’s going to keep going up and up and it’s a remarkable two weeks he’s had.” 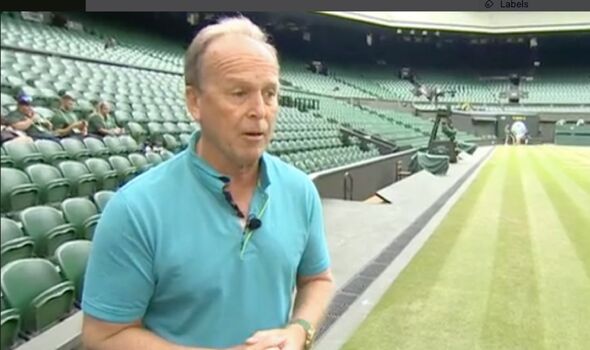 Djokovic will face Nick Kyrgios in the final on Sunday in a bid to take his fourth consecutive Wimbledon title and his seventh overall. Djokovic’s last loss in SW19 came against Tomas Berdych via retirement in 2017, with his last loss when he went the full distance coming in 2016 against American Samuel Querrey.

The final marks Kyrgios’ first ever Grand Slam showpiece in his career, having only ever reached a quarter-final of a major before this year’s Wimbledon.

And the controversial Australian will be hoping he walks away with a trophy to add to his list of accolades. 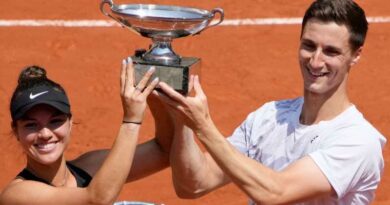 Big guns make it through – day one of Australian Open