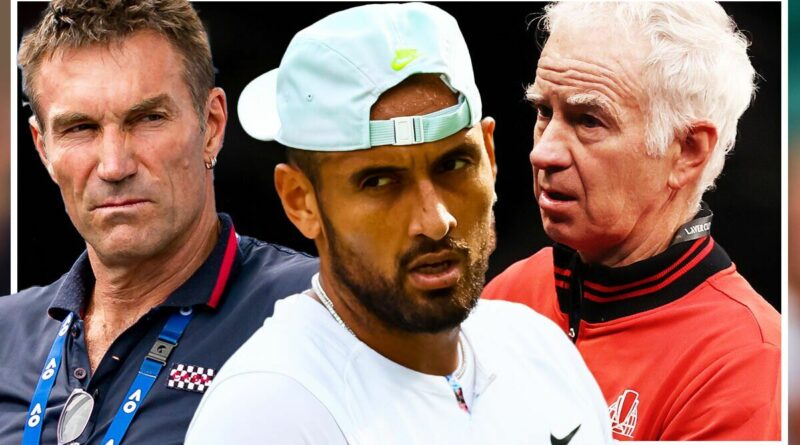 Nick Kyrgios has been accused of taking things ‘too far’ at this year’s Wimbledon and slammed for being worse than famous hot-head John McEnroe by fellow Australian star Pat Cash. Kyrgios is into his first ever Grand Slam final in which he will face defending champion Novak Djokovic on Sunday.

Unsurprisingly though, the Australian’s route to the final has not been a quiet one, after living up to his bad boy reputation across the two weeks. As a result, Kyrgios has clashed with his opponents, umpires, the media and even the SW19 crowd throughout the 2022 tournament.

In booking his place in the final the world No 40 has undoubtedly showcased the unbelievable talent he possesses with a tennis racquet. Yet 1987 Wimbledon champion Cash believes his fiery antics both on and off the court have been overshadowing his skill.

Speaking on Channel 9’s Today Show the former champion said: “He [Kyrgios] is incredibly talented, but he needs to let his tennis do the talking. I understand gamesmanship is part of tennis, but Nick needs to calm things down.

JUST IN: Emma Raducanu slammed by fans over message she sent to Nick Kyrgios at Wimbledon 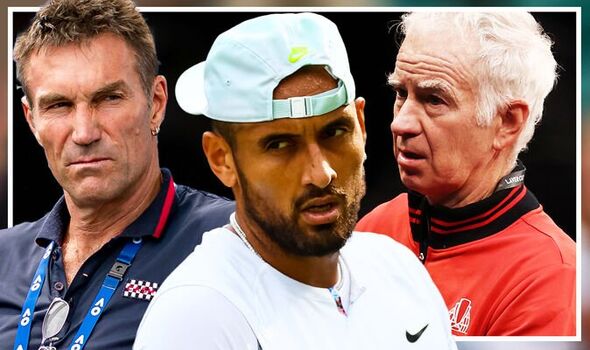 This is not the first time at this year’s event that Cash has had strong words for the world No. 40, after he previously accused Kyrgios of ‘cheating’ and ‘manipulation’ following his fiery third round win over rival Stefanos Tsitsipas. Cash told the BBC after the match: “He’s brought tennis to the lowest level I can see as far as gamesmanship, cheating, manipulation, abuse, aggressive behaviour to umpires, to linesmen.”

Quizzed on his strong claim whilst on Channel 9, ex-Wimbledon winner Cash revealed he has had plenty of support since his comments. “What I’ve said is fair and reasonable and you wouldn’t believe the support I’ve had via texts and in person [at Wimbledon],” he added. Cash of course played against the legendary McEnroe throughout his career, who like Kyrios, was known for his fiery temper. 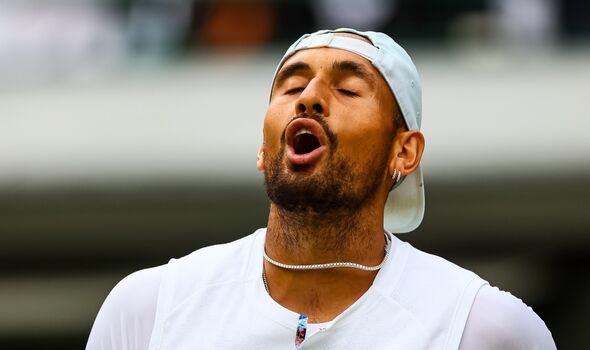 Commenting that he believes the Aussie star ‘gets away with a lot’, he went on: “Nick gets away with a lot – more than I’ve ever seen… and I played against McEnroe and (Jimmy) Connors. He plays the victim and takes gamesmanship too far… be it sledging or being confrontational, it is too much”

Kyrgios’ first Grand Slam final will take place on Sunday. That’s after he was given a walkover into the showpiece occasion courtesy of Rafael Nadal withdrawing from their semi-final tie through injury. 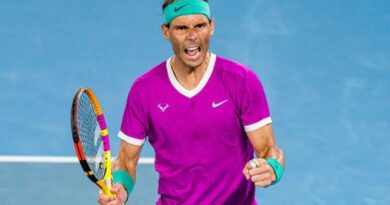 Why isn’t Andy Murray playing at the US Open? Reason revealed