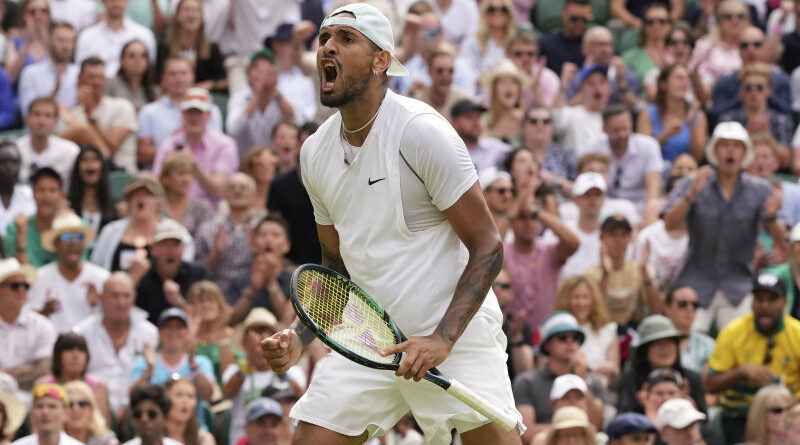 London: Nick Kyrgios has opened up on how he is readying himself for the expectations on him to grow if he completes the final stage of the drastic transformation from unpredictable threat to Wimbledon champion.

Detailing how the rare way he reached the final – a walkover after Rafael Nadal’s abdominal injury – had left him anxious, restless but also “a reckless ball of energy” – Kyrgios, only half-jokingly, warned the tennis world: “Please don’t put the pressure on me to do another one”.

A mouth-watering gentlemen’s singles final awaits as tennis legend Djokovic’s five-year unbeaten streak at Wimbledon, and his latest shot at a 21st grand slam title, come under severe threat from the brash Kyrgios. 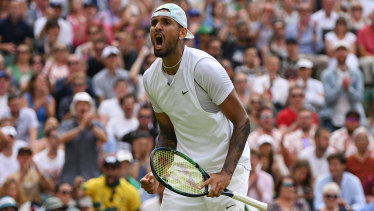 On the cusp of fulfilling widespread predictions when he burst onto the professional scene that grand slam glory was inevitable for him, Kyrgios warned that there was no chance he and other players of his vintage would cover the gap created by the inevitable departure of the sport’s ‘big three’ – Nadal, Djokovic and Roger Federer.

“I don’t think anyone’s able to fill those shoes, to be honest with you,” said world No.40 Kyrgios.

“We’ve got a great crop of young players coming up. [Carlos] Alcaraz is unbelievable. [Jannik] Sinner, you saw what he’s able to do [against Djokovic in the quarters].

“We’ll never see a competitor like Rafa again. You’ll never see someone wield a racquet like Roger, so effortlessly. You’ll never probably see anyone who just wins and just plays the game just so good as a winner than Djokovic.

“I feel like if I ever am able to lift a grand slam trophy, please don’t put the pressure on me to do another one.

“Federer, Nadal, Djokovic, these guys are, like, so rare.”

Six-time Wimbleon winner Djokovic is acutely aware of the danger that Kyrgios – remarkably an opponent he has only played twice, losing both matches in 2017 – represents, given his confidence on-court and when the Australian adopts his “just going for it” mentality.

The environment of Wimbledon’s centre court on gentlemen’s singles finals day was “where he [Kyrgios] needs to be, and he deserves to be”, said Djokovic.

“Between us players, we always know how dangerous he is, on grass particularly, because of his game, because of his attitude on the court being so confident, just going for it, [and] being a very complete player.

“It seems like, mentally, he’s at a better state than what he was, where he was, some years ago. As I said, of course as time passes by, you’re maturing, you’re understanding yourself, what you need to do in order to get yourself to the best possible, optimal state of mind, body, and soul in order to perform your best.

“These are the occasions where he loves, where he thrives, in a big stage.

“So in a way it’s also not surprise for me that he’s there.”

Kyrgios’ pattern in London was disrupted by the shock Nadal withdrawal, even though the Spaniard warned after his epic five-set quarter-final victory over Taylor Fritz that he was in genuine doubt for his next match.

The unusual situation so deep into a major event left Kyrgios with four days between matches, and plenty of time to stew on scenarios.

“Between us players, we always know how dangerous he is, on grass particularly, because of his game, because of his attitude on the court being so confident, just going for it, [and] being a very complete player.”

He tinkered with his approach, having an extended hit on the All England club’s practice courts on Saturday, instead of what was shaping as a likely marathon battle against grand slam great Nadal.

“I was just restless, [and had] so many thoughts in my head about a Wimbledon final,” Kyrgios said about his limited sleep.

“It was just all running through my head, every little thought, and I just slept really bad.

“I feel like I’m just a reckless ball of energy right now. I just want to go out on the practice court now and hit some tennis balls and just talk. I don’t know.

A fresh respect has developed between the pair, partly due to Kyrgios’ public concern about the situation Djokovic experienced in Australia in January before he was deported on the eve of the Australian Open.

“I don’t know if I can call it a bromance yet, but we definitely have a better relationship than what it was probably prior to January this year,” he said.

Watch all the action from Wimbledon ad-free, live & on demand on Stan Sport, with Centre Court matches streaming in 4K UHD. Coverage of the men’s final begins on Nine from 10:30pm AEST on Sunday. 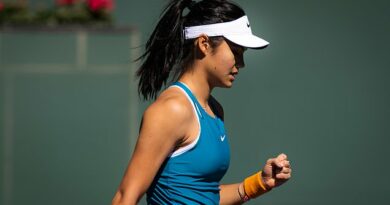 Emma Raducanu into third round of Indian Wells after defeating Garcia 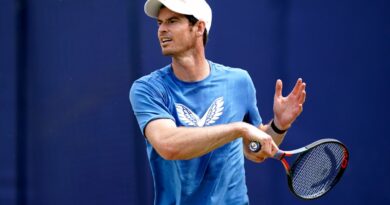