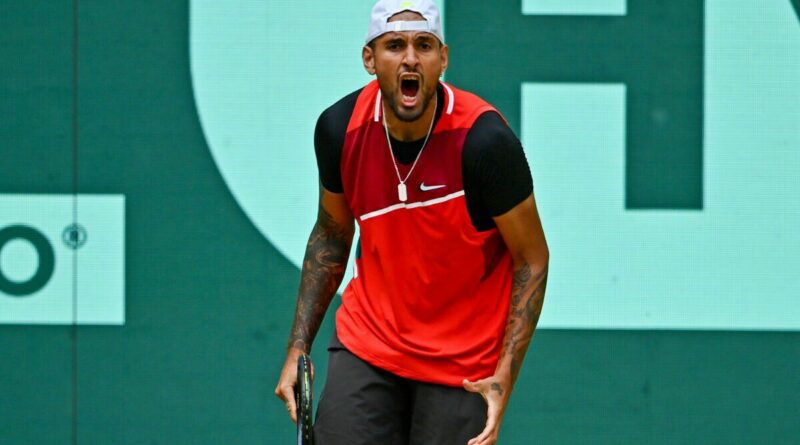 Nick Kyrgios has fired a warning to Rafael Nadal and Novak Djokovic ahead of this year’s Wimbledon, which is due to get underway later this month. The Australian ace has been in fine form since the start of the grass-court season and faces Hubert Hurkacz in the Halle semi-finals on Saturday afternoon.

Kyrgios played his first grass-court tournament of the year earlier this month as he reached the semi-finals of the Stuttgart Open before losing to Andy Murray. He then moved on to Halle, where he has overcome Daniel Altmaier, Stefanos Tsitsipas and Pablo Carreno Busta to reach the last four.

And following his quarter-final victory over Carreno Busta, Kyrgios had a message for his Wimbledon rivals. “I’m feeling so comfortable on the grass,” he revealed. The 27-year-old has shown that he’s dangerous on grass and could cause Nadal and Djokovic all sorts of problems if they are drawn to face him in the early rounds of the tournament.

Kyrgios was in sensational form against Carreno Busta as he took just one hour and nine minutes to dispatch the Spaniard. The Australian Open doubles winner dropped just seven points on his own serve as he sealed a 6-4, 6-2 victory. And he admitted it was important to win the first set after being forced to come from behind during his win over Tsitsipas earlier in the week.

“Today was not easy at all,” Kyrgios added. “The scoreline suggest that it was, but he’s a dangerous player on all surfaces. He hits the ball quite flat and he knows how to win matches. I knew that today I just had to take care of my serve, and just be locked in from the ground because he’s a tough competitor.

“Against Tsitsipas I wanted to get that first set. I know how much it means to get on top of those top players early on. Today from the get-go I applied so much pressure on his serve and I thought I just returned really well today.”

Kyrgios’ best performance at Wimbledon came during his first tournament at SW19 in 2014 as he became the first player for a decade to reach the quarter-finals in his maiden appearance. On that occasion he eventually lost to Milos Raonic – and the ace has struggled to reach the latter stages at the All England Club ever since.

Nadal, meanwhile, has revealed he intends to play at Wimbledon, despite suffering with a foot injury on his way to winning his 14th French Open last month. And he and Djokovic will be vying for the title at SW19 once again. Nadal has lifted the Wimbledon trophy twice throughout his illustrious career, while Djokovic has tasted success there six times. 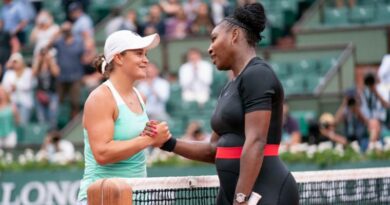