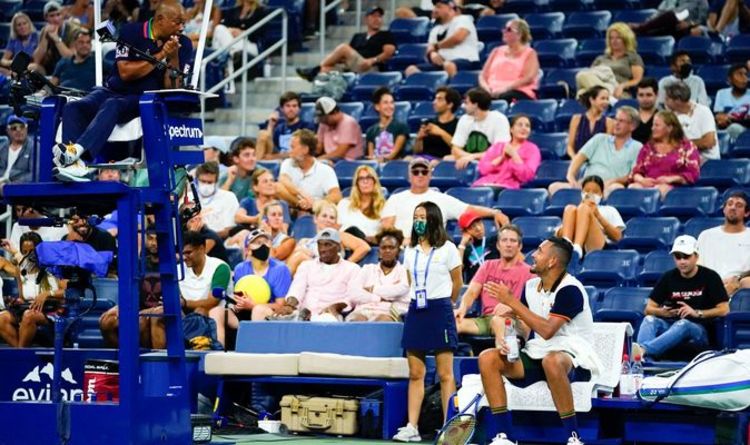 US Open: Nick Kyrgios fumes at umpire over audience

Nick Kyrgios found himself embroiled in an argument with the umpire during his first-round defeat by Roberto Bautista Agut at the US Open. The controversial Aussie continued to rage over the placement of his towel on the court as he suffered the worst loss of his career at Grand Slam level. The 18th seed needed just an hour and 48 minutes to dispatch Kyrgios  6-3, 6-4, 6-0.

Kyrgios faced a tough test in his opening round of what was just the fifth international tournament he’s played since the pandemic began, as he drew 18th seed Bautista Agut.

The Aussie has often stepped up and caused trouble for big names, even in the earlier rounds of Grand Slams, but was unable to remain competitive as he suffered the worst loss of his career at Slam level in terms of the number of games won.

As is often the case with Kyrgios, the match became centred around his own outbursts rather than the tennis itself.

The 26-year-old took issue with the placement of his towel on the court, and continued to snap at chair umpire Carlos Bernardes about the issue throughout the match.

Following the first three games of the match, Kyrgios was asked to place his towel in the boxes against the back wall of the court.

Playing in the humid New York night, the Aussie retaliated: “It’s f***ing like 70 degrees out here bro, like I don’t want to walk back and forth, back and forth. How many extra steps is that? That’s so stupid.”

He continued to swipe at Bernardes througout the match, arguing with him between changeovers and calling the towel issue a “f***ing joke”.

The world No.86 also took issue when he saw the umpire drinking water, before he had a chance to get himself a fresh bottle.

Although it appeared Kyrgios was having a meltdown over a petty issue, he later explained that his problem was related to the lack of players getting vaccinated on tour.

“Look, the towel situation for me is incredibly stupid,” he said. “I’m one of the players on Tour that is fully vaccinated. And as of now, I’m getting treated exactly the same as a player that is not vaccinated. I feel like if I want my towel around the court, if it’s not disturbing Bautista Agut’s vision, if he doesn’t see the towel, I don’t see anything wrong with having my towel on the side or on the ground. And it’s just absurd for me.”

The Aussie has previously been outspoken over his vaccine stance, slamming players who refused the jab and saying they “can’t complain” about restrictions on tour.

Despite his theatrics on-court, he also applauded Bautista Agut for being the better player during their clash.

Kyrgios hit 36 unforced errors to his opponent’s 14, and despite being known for his big-serving, had a worst first-serve percentage than the Spaniard.

Kyrgios added: “I just got outplayed to be honest. All credit to him, he’s a hell of a player.

“I had a break point in the first set, unfortunately didn’t take it, and little things like that can turn a match when you play a world class player like Roberto.” 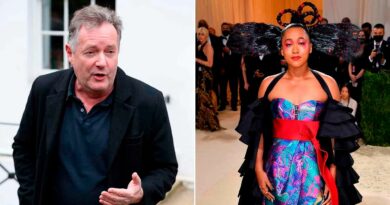 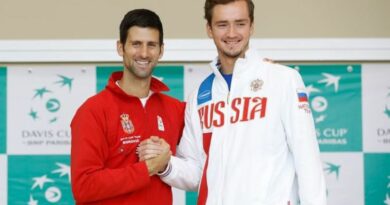 Daniil Medvedev sends warning to Novak Djokovic ahead of US Open