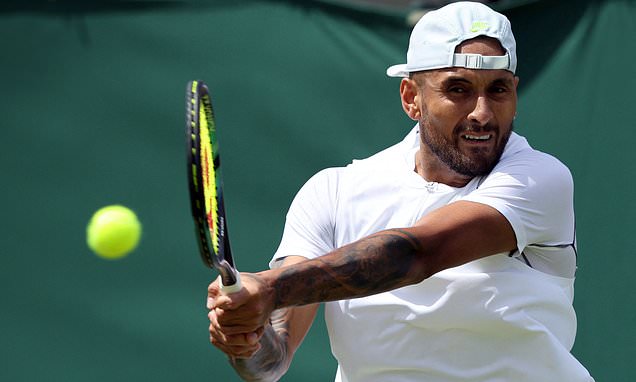 Nick Kyrgios progressed into the second round at Wimbledon, despite making hard work of beating British world No.219 Paul Jubb.

The 27-year-old Australian was forced into a five-set match by Jubb in the first round clash on court three and it looked worrying after his first set meltdown.

The British number eight threatened to produce a surprise result when he reeled off the opening set in 23 minutes, while his eccentric opponent hinted at implosion when he blasted a tennis ball out of Court Three. 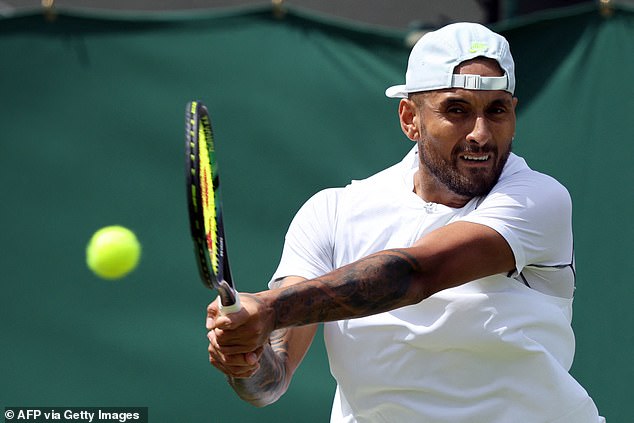 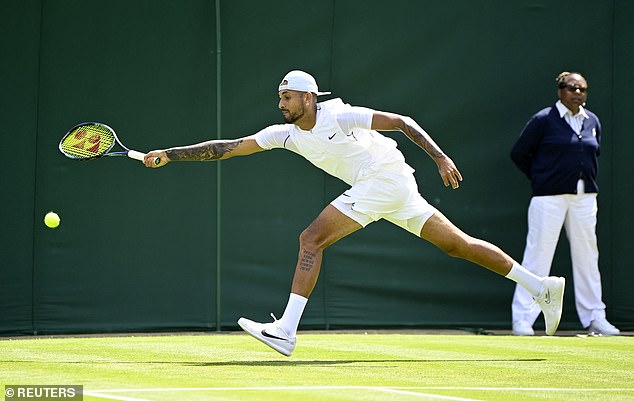 The 27-year-old Australian was forced into a five-set match by the British world No. 219

Kyrgios had reached the semi-finals in Stuttgart and Halle in the build-up to SW19 and regained his composure to enough of an extent to fight back and move within a whisker of round two.

But Jubb kept his cool to take a fourth set tie-breaker and force a decider where despite the best efforts of the world number 219, it was the Australian who prevailed in no large part thanks to 30 aces.

It took a mixture of big-serving and an array of glorious winners to send Kyrgios through after three hours and five minutes, with a sprinkle of trademark chatter with line judges and spectators thrown in for good measure.

After his victory, Kyrgios said in his on-court interview: ‘Incredibly tough. Obviously he’s a local wild card, he had nothing to lose, played the moment and played some exceptional tennis.

‘(The) crowd was pretty rowdy today, a couple of people in the crowd were not shy of criticising me. That one was for you. You know who you are.

‘Obviously Wimbledon the last couple of years has been a strange one, a different feel, but it’s special coming out here playing in front of full courts. Happy to be through and now just rest up.’ 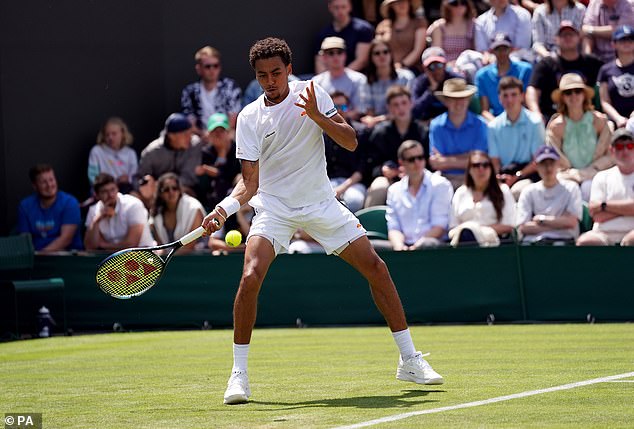