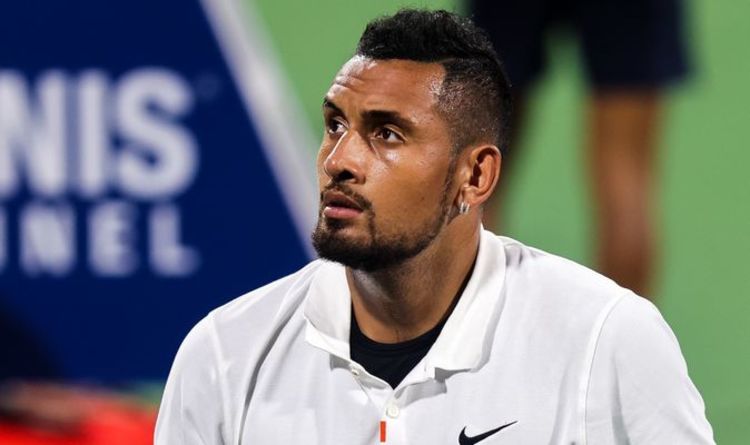 Nick Kyrgios has declared that the French Open is the ‘worst Grand Slam’ of them all and suggested that the tournament should even be removed from the calendar. The Aussie star also insisted that Roger Federer is the most influential player of all time, claiming that he is partly responsible for the successes of Novak Djokovic and Rafael Nadal.

Kyrgios has not played at the French Open since 2017 and has never made it past round three at Roland Garros.

He withdrew from this year’s edition of the tournament after revealing that he was not wholly on board with the quarantine rules in place on the Grand Slam circuit.

The 26-year-old went on to compete at Wimbledon and the US Open before ending his season back in September due to a knee injury.

Kyrgios has previously expressed his dislike for clay-court tennis and doubled down on his firm stance with a scathing attack on the French Open while speaking on the No Boundaries Podcast.

He insisted that Roland Garros should be axed indefinitely, suggesting that it pales in comparison to Wimbledon and the rest of the Grand Slam calendar.

The world No 90 also took aim at the Australian Open and the pressure that he feels under the media spotlight in his country of birth.

“During the Australian Open the pressure is enormous,” said Kyrgios.

“Everyone expects a lot from me. The entire media is on top, I can’t swear in training, I can’t do anything, it’s brutal.

“Roland Garros should simply be removed from the calendar. It’s the worst Grand Slam I’ve ever seen.

“I love Wimbledon. Even those who don’t follow tennis know that this tournament is the most prestigious.”

Kyrgios also underlined his admiration for Federer, who is expected to be out of action for some time as he continues his recovery from a troublesome knee injury.

He suggested that the Swiss icon has helped the likes of Djokovic and Nadal to flourish by setting the ultimate benchmark during his time at the top.

“For me, Federer is the Michael Jordan of tennis for all he has achieved through the sport, with the fans, with the children,” explained Kyrgios.

“Of the three, I think Federer is the most admired by children. Overall, he’s the one who changed the sport the most, and his retirement will be the one that will hurt tennis the most.

“Without Federer, there would be no Djokovic or Nadal. They were chasing him.

“The greatest of all time? Today I say it’s Federer, who is the most influential he’s ever played, his style was copied by several guys. Novak doesn’t inspire as many tennis players as Federer.

“Even I imitate your gesture at work sometimes. And even if Djokovic wins another Grand Slam, Roger will go ahead.”

Kyrgios is expected to return to action at next year’s Australian Open, which is scheduled to take place in January.

Barty makes it 10 straight wins at the Madrid Open