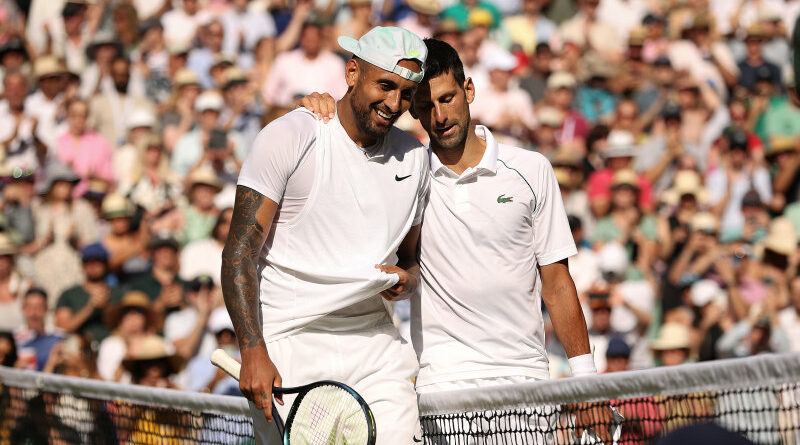 Tennis powerhouses and high-profile personalities Nick Kyrgios and Novak Djokovic will meet in a ticketed exhibition match on the eve of the Australian Open.

Serbian star Djokovic will arrive back in Melbourne for the first time since he was dramatically deported last year due to his stance on COVID-19 vaccination. 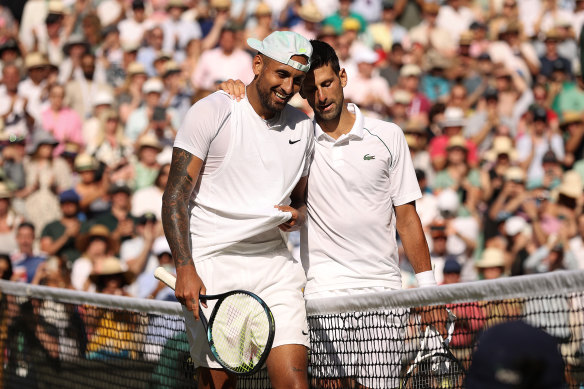 Nick Kyrgios and Novak Djokovic are keen to play an organised practice session before the Australian Open.Credit:Getty

Djokovic will face local Kyrgios at Rod Laver Arena from 6.30pm on Friday, with ticket sales going to the Australian Tennis Foundation, Tennis Australia and the Australian Open’s official charity.

The charity aims to inspire brighter futures for disadvantaged children and young people through improved access and equity to engagement with tennis.

“We’re going to open up the stands with ticket sales … It’ll be a very low price points, so we can get the stadium full on Rod Laver. Fans can come out, and it’ll go towards the Australian Tennis Foundation,” he said.

“Both Novak and Nick have agreed to do it, so we think there’ll be a really cool initiative.”

How Melbourne fans will respond to Djokovic remains relatively unknown following the saga from January last year, where he was placed in detention and deported over his vaccination stance.

At the time, he faced a significant amount of public backlash. Many  fans who spoke to The Age at Melbourne Park then were overwhelmingly against allowing him to stay and compete.

However, Tiley said he has confidence the Australian sporting public will now support and celebrate the international champion.

“That’s what I love about Australia. I love that our fans, our sporting fans, are amongst the most educated in the world. They appreciate greatness, they appreciate players that like Novak have won this event nine times,” he said.

“I’m excited by the fact that we’ve got all the players here. Novak is back, he’d be able to compete in front of the fans. And I’m pretty confident that the fans of Melbourne, similar to the experience that he had in Adelaide, will be just as good.”

Last October Kyrgios called on Australian authorities and fans to welcome Djokovic with “open arms” this summer and said his opponent was one of the reasons he plays the game.

“We just saw one of the legends leave the sport, Roger [Federer], and that’s going to be some shoes that no one is ever going to be able to fill,” Kyrgios said.

“While Novak and Rafa [Rafael Nadal] are still around, we need these types of players …We want to see the best players in the world there. Me being a competitor, I want to see Novak there.”

Tiley has spoken with Djokovic since his deportation and said the 35-year-old had enjoyed his time in Australia so far.

“I’ve sat down with Novak a few times already during the course of the year. We’ve been in touch, and we’ve spoken a fair bit over the past week,” he said.

The Department of Home Affairs confirmed in November that Djokovic had received a temporary visa meaning he could compete in the 2023 Australian Open and attempt to win a record-extending 10th Australian Open men’s singles title. 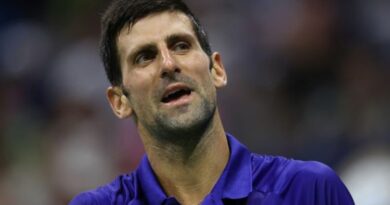 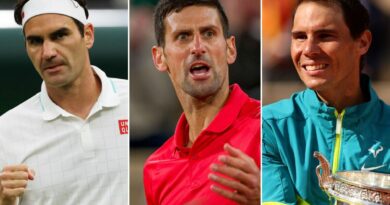 ‘Deal with it’: Federer’s Nadal response