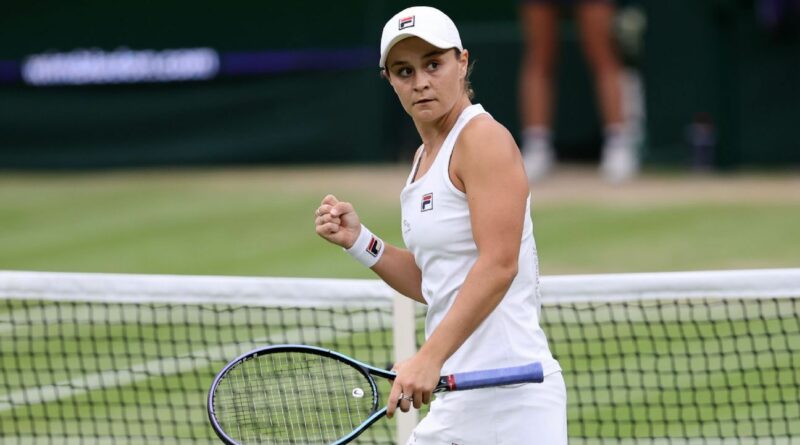 LONDON — As Ash Barty has made her way through the draw at Wimbledon, her every move has been followed back home in Australia in microscopic detail.

Fifty years after Evonne Goolagong won the first of her two Wimbledon titles, Barty has been front and center in newspapers and on TV and radio broadcasts, each win raising the excitement and expectations.

For some players, that kind of pressure could be suffocating, but for Barty, the world No. 1, it is just part of being a professional. Nothing, it seems, gets to her — not the odd bad bounce, not a slippery grass court and not even the hopes of a nation.

“It’s almost irrelevant to me,” said Barty, who plays 2018 champion Angelique Kerber in her first Wimbledon semifinal appearance on Thursday.

“I love the fact that Australians at home, the fans, are able to get behind all of us that are here. But I don’t read the papers. I don’t see that white noise as such. I don’t read it. It doesn’t faze me. It’s not something that I focus on.”

Her game appears to be in great shape. At times, it seems she plays on instinct, reacting to the bounce of the ball in whatever way she feels at the time, rather than trying to play in a particular style. She is as tactical at the net as she is on returns, and she is as adept with her slice as she is with her power.

Being thousands of miles from home takes some of the pressure off Barty’s shoulders. When she plays at the Australian Open, all eyes are on her from the weeks leading up through every day of the tournament, as the clamor for Australia’s first home winner since Chris O’Neil (1978) dominates the headlines.

“As Australian tennis players, we’re in one of the few countries that are a Grand Slam nation,” she said. “Without a doubt it adds to the excitement, it adds to the calendar that we do have a tournament in our own backyard.”

But Barty has never really worried what people think and has been more than happy to do her own thing, just as she did when she took time out of the sport as an 18-year-old, choosing to put down her racquets and play top-level cricket back home.

Upon her return, her story has been one of success ever since: a first Grand Slam title on the French Open clay in 2019 and the No. 1 ranking as the icing on the cake. That brought more attention, but it seems to sit pretty comfortably on her shoulders.

Barty is also the first Australian to reach the semifinals at Wimbledon since Jelena Dokic in 2000, and with every win, she gets a little closer to emulating Goolagong, who won her second title here in 1981 and remains the most recent Australian champion on the women’s side.

When she won the junior title here as a 15-year-old in 2011, one of the first messages of support came from Goolagong, who still remains a mentor and friend today.

During her Wimbledon run, Barty has been wearing a special Fila scallop dress, similar to the one Goolagong wore in 1971, to commemorate her championship. She made sure it was OK with Goolagong before deciding to wear it.

After beating fellow Australian Ajla Tomljanovic in the quarterfinals on Tuesday, Barty said she was living her dream, playing on the biggest stage at the biggest tournament in the world.

Not overly superstitious, Barty has not allowed herself a peek at the Wimbledon trophy, which sits in a case just before the entrance to the court the players pass through. Two more wins and she’ll be able to hoist it herself.

“I can’t say I’ve watched too many Wimbledon finals and watched other players lift the trophy,” she said. “I remember enjoying watching Simona [Halep] lift up the beautiful trophy a couple of years ago. Hopefully I’ll get close enough to have a good look.” 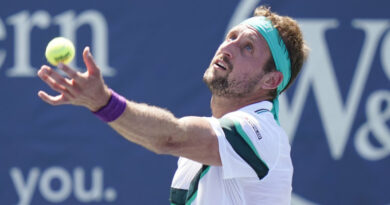