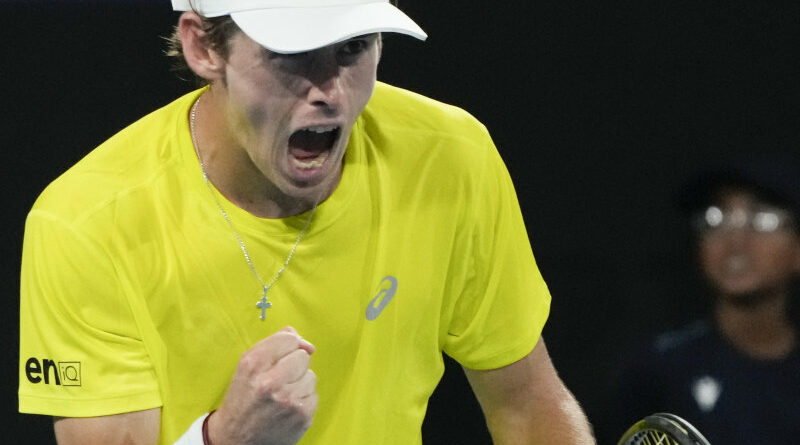 No Nick Kyrgios, no worries. Alex de Minaur has pulled off the biggest win of his career, knocking over Rafael Nadal to hand the world No.2 his fifth loss in his past six matches.

Two days after pleading with media to stop asking about his retirement date, questions over Nadal’s grand slam credentials will ramp up after losing his second consecutive match of the United Cup 3-6, 6-1, 7-5.

“He played better than me in important moments,” Nadal said after the game.

“These two helps. With victories, the process is faster but I need to keep fighting. For moments I played a very good level of tennis.”

Both players were coming off opening round losses to in-form Brit Cameron Norrie, but it was Nadal under the spotlight given his age and question marks over whether his incredible longevity could continue for another year.

De Minaur, who came into the contest with a 0-3 record against Nadal in his career, had only previously taken one set off the reigning Australian Open champion.

“Honestly, I couldn’t be happier that I managed to get my first win over Rafa on this court in front of you guys,” de Minaur said to his adoring fans at Ken Rosewall Arena.

“There’s no secret that this is my favourite court in the entire world, so thank you very much. I knew it was going to be a battle, he’s a hell of a competitor. What he’s managed to do for this sport is astounding. I’m just honoured to be on the court.”

Nadal put on a masterclass in the opening set and it looked like he would continue his impressive record against the young Australian, who was only scheduled against the Spaniard following Kyrgios’ withdrawal on the eve of the tournament.

Nadal started the match slowly. At 2-2 in the opening set, an uncharacteristic double fault from Nadal gifted de Minaur a break point opportunity. An equally uncharacteristic unforced error on Nadal’s forehand the next point gave the Australian an early break. 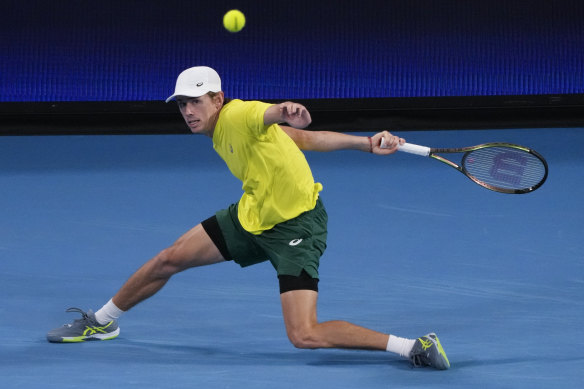 However, in typical Nadal fashion, with his back against the wall, the Spaniard stepped his performance up a notch in the ensuing game, breaking back and finding his groove.

The early ascendancy felt like a distant memory as de Minaur failed to hold serve for the second time in as many service games, allowing Nadal to serve out the opening set 6-3.

The dramatic shift in momentum continued in the second set with Nadal and de Minaur breaking each other in the opening two games of the set.

But just as it looked Nadal would up the ante and shut out his opponent, de Minaur went on an inspired run to break the Spaniard three times in the second set to claim a 6-1 win.

The third set began with a nine-minute game in which De Minaur survived five break points to hold. At 5-5 in the set, de Minaur managed to break Nadal and then didn’t drop a point to serve out the match, doing so in style with an ace.

Nadal will now head to Melbourne to prepare for his defence of his Australian Open crown in a fortnight’s time. Unfortunately for Australia, a victory in the tie against Russia won’t be enough to progress to the finals with Great Britain claiming victory in the group.

Earlier in the day American Taylor Fritz has added to Alexander Zverev’s struggles on his return from injury at the United Cup by hammering the former world No.2 6-1, 6-4 in barely an hour. 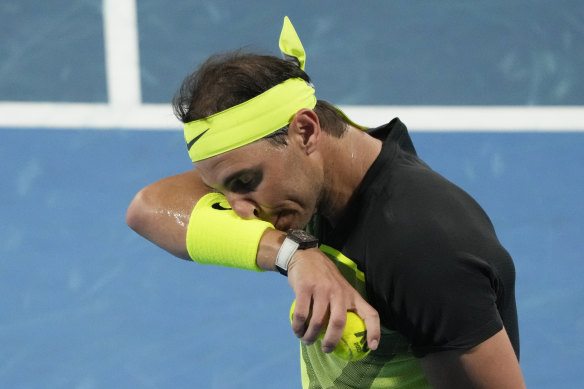 World No.9 Fritz cantered through yesterday’s clash in 64 minutes in Sydney. Compatriot Madison Keys then beat German Jule Niemeier 6-2, 6-3 to secure the United States’ passage into the next round of the mixed teams event.

After defeating the Czech Republic 4-1 in their opening tie, the Americans only needed two points from Germany to ensure top spot in their group. They will complete their tie against Germany today before facing fellow group winners Great Britain for a place in the final four, also to be played in Sydney from Friday.

Zverev is playing for the first time since tearing three ligaments in his right ankle against Rafael Nadal in a French Open semi-final in June.

Now ranked No.12 in the world, his first match was a straight-sets loss to the Czech Republic’s world No.81 Jiri Lehecka on Saturday.

Big-hitting Fritz was a step up again and quickly exposed the German’s lack of mobility and match fitness. He lost only one of 27 points when landing his first serve.

“I felt pretty good; it was tough to judge my level because I do feel like he’s coming back from injury, he’s a bit rusty,” Fritz said.

“He was giving me a good amount of free points … I’m sure it won’t take him too long for him to fully get his form back.

“It’s great to start the year off with some wins, for sure. The confidence aspect of tennis is super important, Especially going to Australian Open off an off-season.”

Watch the United Cup live and free on the 9Network – Channel 9 and 9Gem. Every match will be available live on 9Now.

Andy Murray could be out until the grass-court season